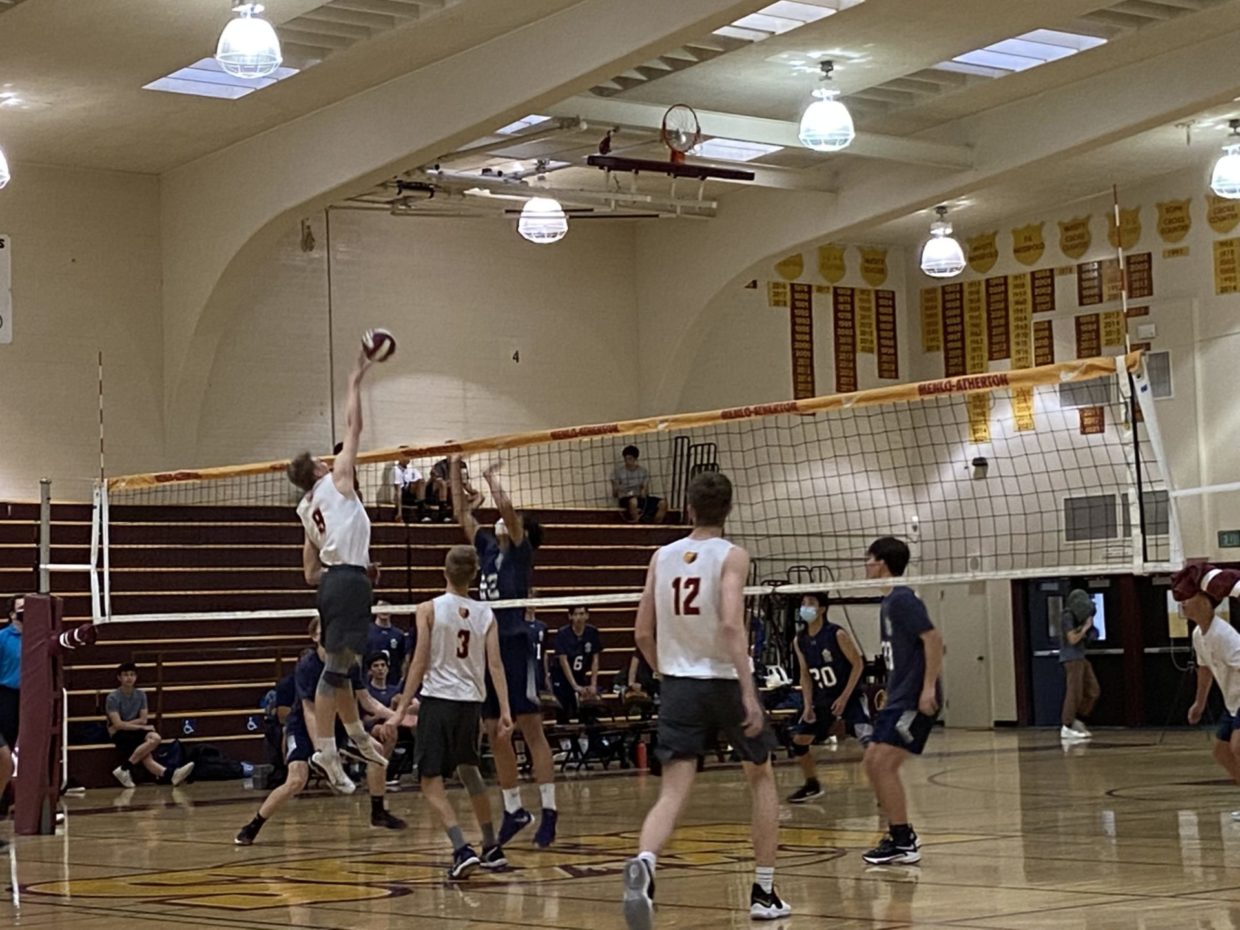 On Wednesday, M-A’s Varsity Boys Volleyball team faced the Carlmont Scots on the court at M-A. The Bears won all three sets by large margins. This could indicate a turnaround for a team that has so far been trying to find their footing.

The second set started by trading points, almost scoring in pairs as the score reached 6-6. This continued for some time until M-A started rallying, raising the score to 16-9. Exceptional teamwork between freshman Peter Chriss and junior Will Wang repeatedly surprised Carlmont. The set ended with M-A at 25 points and the Scots at 13.

As the final set began, M-A led 5-2. Freshman Dominic Auer was dominant on the court and served the ball for the Bears, who rallied to a strong lead of 13-6. Despite the best efforts of Carlmont, the game ended with the last set going to M-A, 25-19, a strong victory against a tough opponent.

“I am pleased with the effort of the Bears,” Darryl Chan, the coach of the Boys Volleyball team, told the Chronicle. He highlighted the improvement of the team; the serving in particular was improved, as M-A lowered the number of missed serves from 16 to only a few in this most recent game.

The Boy’s volleyball team has faced challenges in this season, with this only being their second win in five games. However, with this latest victory, the Bears have potential for a winning streak. Their next game is at San Benito High School, on Saturday, April 8th.