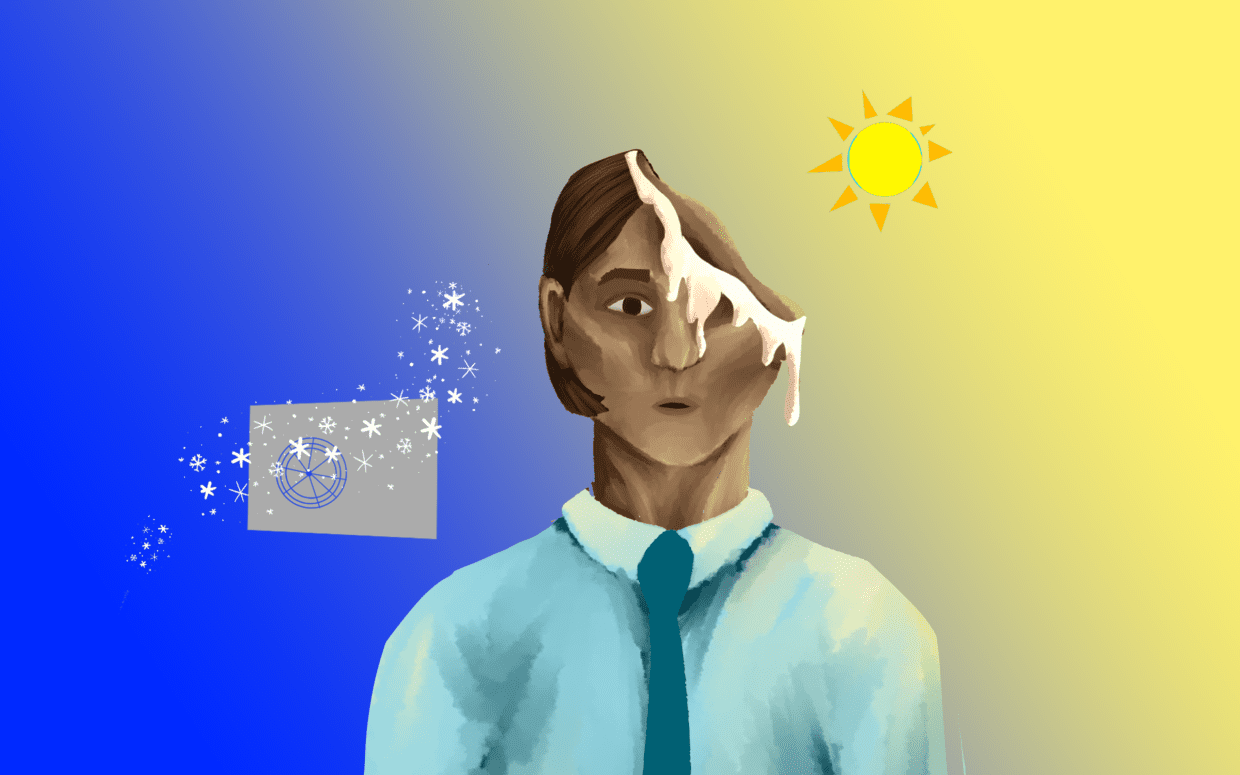 As summer approaches and temperatures start to rise, the M-A campus and classrooms are beginning to feel the heat. Some classrooms at M-A benefit from the modern remedy of air conditioning, but a majority lack it. Why is this the case?

Newer buildings like the G-wing, the I-wing, the F-wing, and the K-wing, all constructed in the last decade, have built-in air conditioning (AC); the rooms that do not have built-in air conditioning are wings A-E, which were made in the 1950s. This means that they can heat up to high 80-degree temperatures, even despite fans and open doors and windows.

There has been a demand for AC in older classrooms for years. Ronald Sanchez, a teacher in the B-wing, said, “It gets pretty hot here once we start getting towards the end of the school year, and around the beginning of the school year as well.” He continued, “A lot of students, especially during my 6th and 5th periods,… prefer working outside rather than sitting within the hot box… of the classroom.”

History teacher Anne Olson, who also teaches in the B-wing, said, “It’s harder for me to teach, because I’m hot, and I’m uncomfortable… I feel like I definitely lose my train of thought a lot, or I just don’t have that same mental focus that I do when it is cooler.”

M-A students tended to agree. Nicole Sewald, a junior, said, “It’s frustrating, I get frustrated more easily when it’s really warm.” Freshman Ethan Barek described being in a classroom at these temperatures as “like a sauna,” explaining that “even though there were a few fans running, it’s not enough.”

A Harvard study concluded that “without air conditioning, each 1°F increase in school year temperature [above 70 degrees] reduces the amount learned that year by one percent.” It also found that “three additional days above 90°F lower school achievement.” As a result of climate change, there will continue to be an increase in the severity and number of hot days, creating a greater need for AC.

Crystal Leach, the District’s Associate Superintendent of Administrative Services, said, “When you’re talking about installing [AC], you’re usually talking about roof units…. Can the current building support those additional units on the roof? What is the added ventilation that you can put in each room? You have to look at it as an individual unit for each room…. Would one unit serve five classrooms? You have to consider those different scenarios when you are trying to design this system.”

The question of cost cannot be ignored either. Leach said, “Cost is huge, right, and there’s cost on two levels. There is the cost of the project, and then there is the increased cost to the [electric] bill… so we are currently looking at temporary air conditioning in classrooms. For M-A, the temporary air conditioning is 4.3 million [dollars upfront].”

She also explained that it may be inefficient to install permanent AC in older buildings because, “some of those older buildings will most likely come down, so you wouldn’t invest in permanent air conditioning if you’re going to tear down the building and build a new [one].”

The lack of air conditioning will only become a more obvious problem as the weather continues to warm and M-A approaches finals, and when students, teachers, and faculty get back to school after the summer break. The data has shown that air conditioning will help learning and student achievement. The district is planning to solve it, but only time will tell if they can deliver.