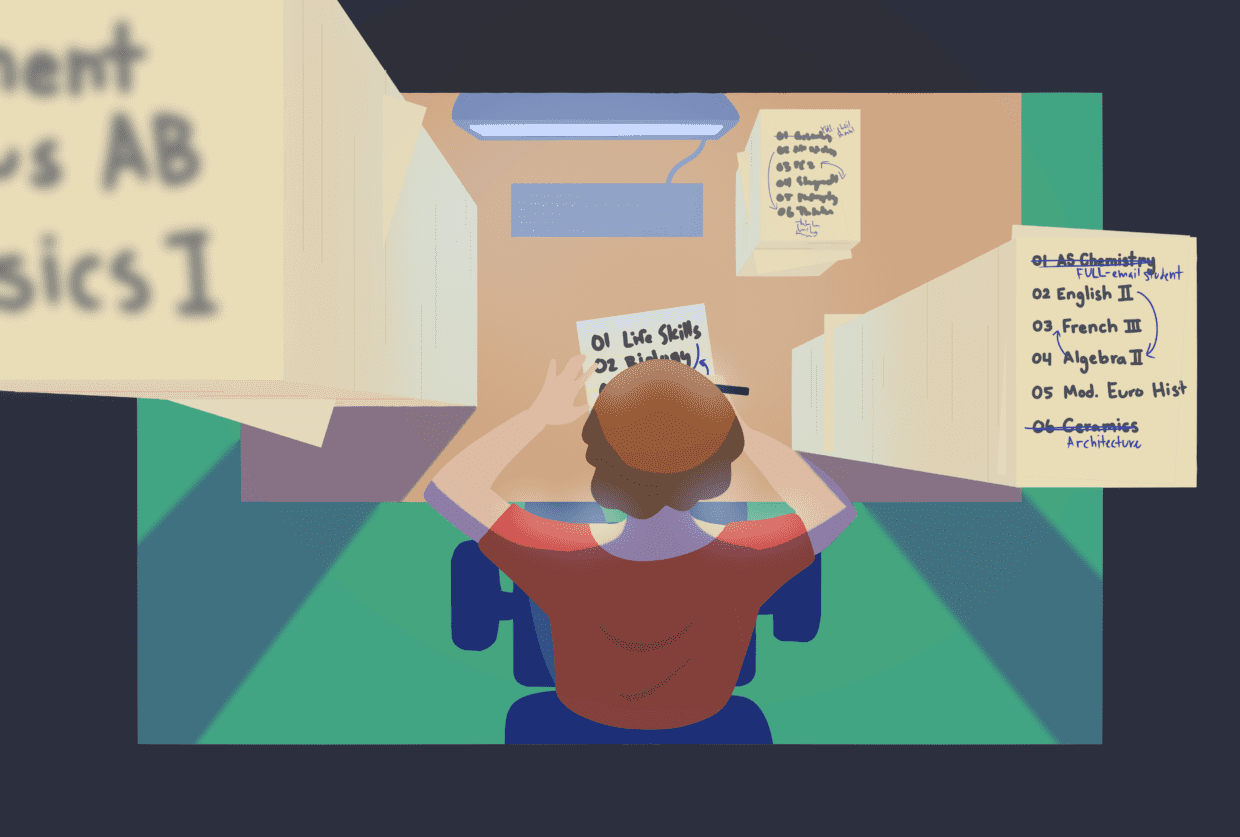 The Reason for Start-of-School Scheduling Issues

During the first few weeks of school, students flocked the counselor offices, trying to fix the mistakes in their schedules.

Scheduling issues have a lot of impact on how students—especially freshmen—perceive the first few weeks of the school year, the time where they meet new friends and get settled into the rhythm of their classes. So what were the issues with scheduling this year, and what caused them?

The flooding of counselor offices early in the year is partially due to the late release time of the schedules. Because schedules were only provided at 6 pm the day prior to the start of school, it gave students little time to smooth out scheduling issues before going to unwanted classes. Jenna Carson, a Sequoia Aspirations Advocacy Program (SAAP) director who supports at-risk students throughout high school, said that “earlier would be better for students, of course. However, there’s sometimes less drama if the schedules were published at 6 pm, rather than earlier.”

Due to many factors in the schedule creation process, the schedules are only finalized nearing the first day of school. “We are busy moving kids and balancing schedules all the way until 5:45 pm,” said Carson. She elaborated, saying that if you had an unfinished schedule provided earlier, “by 6 o’clock, you might have a slightly different schedule. Now you feel crushed, because you thought you had a certain schedule, but really we haven’t started school yet.”

This issue directly affects incoming freshmen, who are adjusting to the high school experience. “Ninth graders are generally nervous about starting high school,” Carson explained. “So they feel like, their first experience in a class, that’s their class. The emotional connection to a schedule that students feel is not trivial. Therefore, we should strive to be as accurate in our scheduling as possible.”

“Of course, I would like everyone to know sooner,” continued Carson. “But [the timing] actually sets the expectation in a much kinder way.”

Another factor of the release time is that  counselors start and leave school at around the same time students do. Rigotti said, “They work for three to four days after students are done at the end of the school year in June. And then they work three to four days prior to the first day of school. So we literally have three to four days to accept course request changes, special schedule requests, check IEPs… So really, the main problem is staffing constraints. They don’t work a full year like an admin does.”

The lack of reading tests administered in the spring in the Ravenswood district also caused problems for schedule creation. According to Liane Strub, the English department head, many students came to M-A without a test score, which evaluates students’ reading skills and allows counselors to place them in the appropriate freshman English class.

“If a student doesn’t have a test score, we can’t place them in an English class or a support class,” said Strub. As a result, around 80 students this year had to take a placement test during the first days of school and only ended up receiving their finalized schedules after an entire week.

The SUHSD district office only sets aside two days in June for English testing. Strub said, “Ideally, all of those students would be tested either at the end of eighth grade or during the compass program in the summer.” If not, however, then “the district office should have had somebody available in the first weeks of August and done testing there.”

Students also voiced complaints about the limited number of classes and available spaces in them. Since some classes, usually the rarer or more popular ones, lack flexibility, it forces students to enroll in second-choice classes. Junior Gina Cline said, “I got into Leadership, and then a couple days before school, they said I couldn’t do it because I had Latin III in the same period as Leadership. I just wish they didn’t interfere.” There are only two Leadership classes, and only one Latin III class. As a result, Cline was enrolled in Ceramics instead of Leadership.

“We have a very tight schedule in terms of staffing,” Carson explained. Staffing refers to the number of classes a teacher can direct. As staffing depends on the number of students taking a course, “we don’t have a ton of ‘wiggle room’” for students that want in on specific classes. Because of the shortage of available slots, a student may not be able to change their elective in August. Likewise, a student may not be able to take their preferred class.

This issue also leads to much chaos in course planning for teachers.

“The Monday—maybe even Tuesday—before school started, I learned that we needed another section of English II,” said Strub. With some last-minute arrangements, “we were able to pull it off. That’s good, but it was a scramble.”