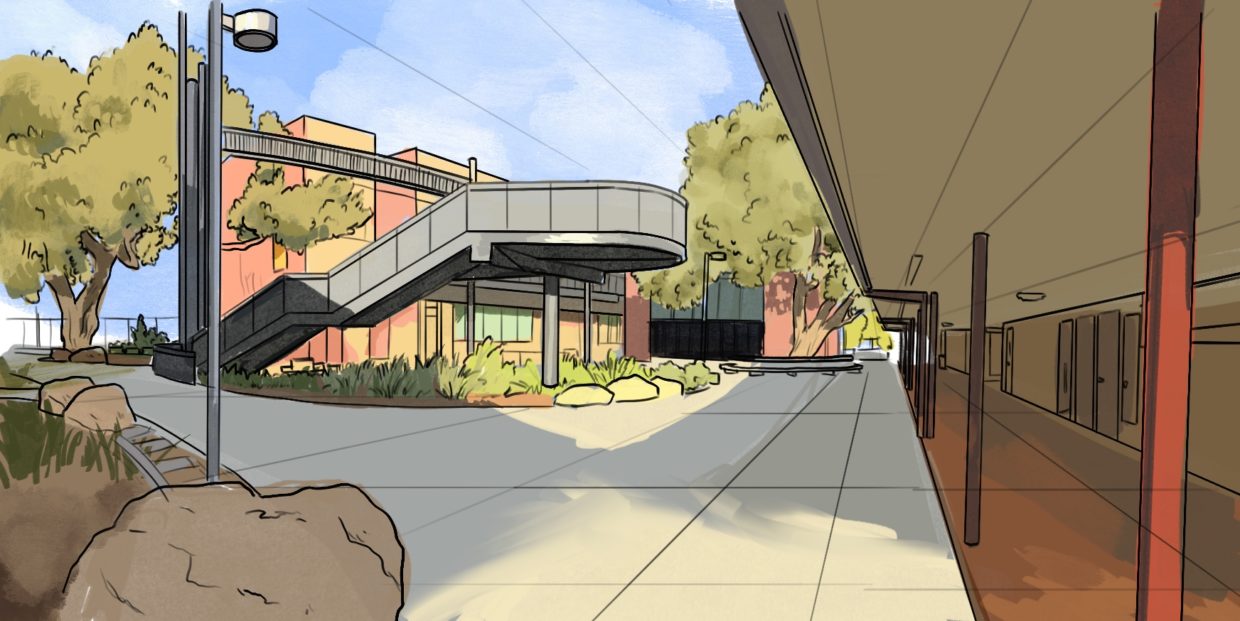 The Architectural History of M-A 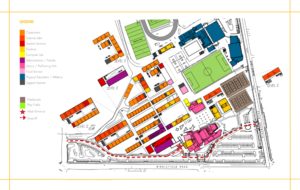 A current map of M-A’s campus

As the second oldest school in the Sequoia Union High School District (SUHSD), M-A has a long architectural history that spans all the way back to 1951 when the school was founded. Through 68 years of the school’s existence, M-A has gone through many renovations that have shaped it into the school it is today.

The original project was run by general contractor, Peter Sorenson, which included the A, B, C, D, E, S, and J wings, and aside from the S and J wings, all five of the other wings still stand as original buildings today with some minor renovations through the years. The overall cost of the school was $1.8 million, and according to SUHSD Chief Facilities Officer Matthew Zito, “people were horrified that it cost that much at the time, compared to the partial renovation of the locker rooms last year, which cost $4 million.”

Aside from the addition of Ayer’s Gym, locker rooms, and a pool in 1955 and some minor renovations throughout the years, M-A went about 40 years without any further renovations to the school. The school was in poor condition after years of little maintenance. The reason for this insufficient maintenance was the fact that SUHSD had four huge schools totaling 5,800 students, and the money that M-A needed simply went to other schools in the district. But ever since 1996, M-A has undergone multiple renovations that transformed M-A’s poor condition to its current campus.

The biggest project has been the G wing renovation, which was completed in 2017. The design includes 21 new classrooms, a new learning center, new food service, new student and staff bathrooms on both floors, a 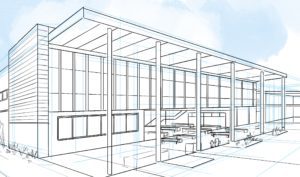 A sketch of the current G wing

new covered lunch area, and a new courtyard. The building is highlighted by its suspended bridge, which is held up by a steel frame skeleton, and allows students to walk through the G wing instead of walking around it. According to Zito, “we just took out the bottom classrooms and you walk through it. One of the things that was expensive was actually the suspended bridge because the state over-engineers everything to make sure no one gets hurt in an earthquake, so we have these enormous pillars to suspend that bridge and make sure the G wing is very strong.” All in all, the project cost around $24,670,000, and is part of M-A’s expansion plan to support 2600 students by the year 2020. Instead of creating a double schedule where students start and end at different times, the decision was made to add onto the campus in an effort to be able to support more students.

The G Wing under construction

Another massive re-design of M-A’s campus also came in 2017, the S wing renovation. Before the project, the S wing was a very small wing that looked a lot like the current M wing. Now it has six new lab rooms, a new food service building, a new courtyard, and new bathrooms. All together, the S wing renovation came in around $17,600,000.

Although the S and G wings were the biggest projects, M-A has had plenty of other substantial renovations over the years to keep the campus modern. In 2001, M-A installed a massive pool and turf field, both of which are still routinely used. Three years later, the new gym was built, and five years after that, the Performing Arts Center was built, costing around $29 million. Last year, new locker rooms were installed with the addition of a turf soccer field instead of the previous grass field. Finally, also constructed to support the student expansion plan for M-A, there were five classrooms added to the F wing in 2014.

After a busy couple years of renovation, M-A does not have any immediate, substantial projects in the coming years. However, the room, C-2, is going to be converted from a physics room into a chemistry room this upcoming summer. Steve Bowers and Usha Narayan, of Spencer Associates Architecture, will be running the project. Bowers and Narayan were also the architects that constructed the F wing renovation, and according to Narayan, they were happy to come back to run the C-2 renovation because “both the MAHS and SUHSD staff have been phenomenally cooperative during the design process in order for us to complete projects that the user is extremely satisfied with.” In addition to the C-2 renovation, Zito is also intrigued with the idea of possibly constructing a brand new building where the grass and secondary parking lot behind the football bleachers are. The building would include a second locker room, a student study center, and more classrooms. Although this construction is just an idea, the project would contribute greatly to M-A athletics and the campus as a whole.