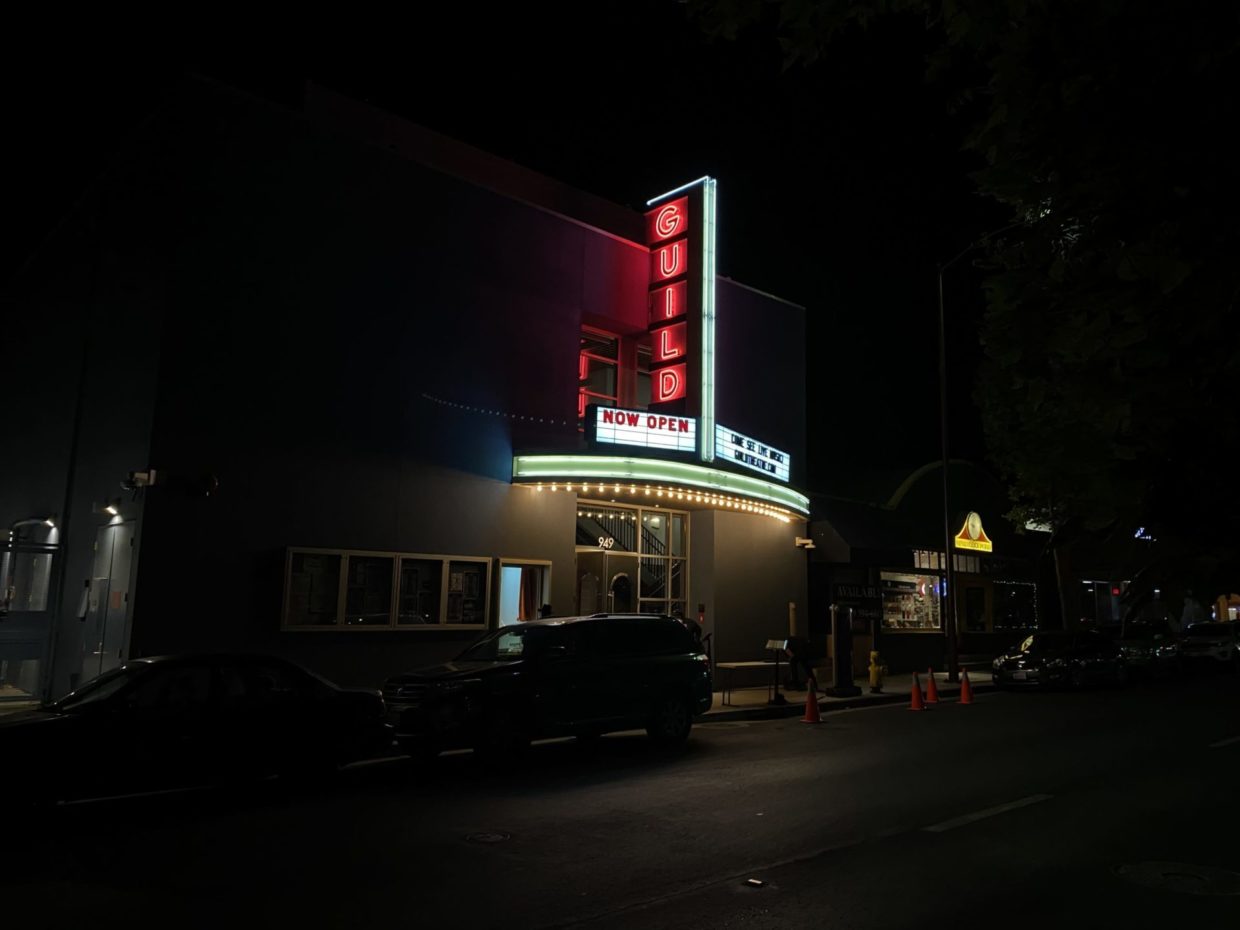 On a Friday night in downtown Menlo Park, the newly reopened Guild Theatre lit up El Camino Real with its bright marquee and lively crowd. Cover-band “Pride & Joy” performed a variety of funk and disco throwbacks in shimmering blue outfits, pleasing the mostly middle-aged crowd with a wave of nostalgia. 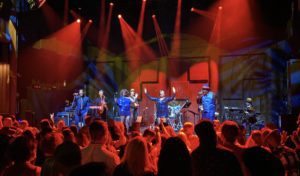 Originally named “The Menlo,” The Guild opened in 1926 as the first in a string of movie theaters down the Peninsula on El Camino Real. Since then, the other El Camino theaters in San Bruno, Millbrae, Hillsdale, and Belmont have been shut down and replaced with video game and furniture stores, leaving The Guild as El Camino’s last standing single-screen movie theater.

Through the 2010s, The Guild remained an endearing art house, known for showing lesser-known films that were not shown anywhere else in the Peninsula. Fans also loved The Guild for its monthly screening of cult classic comedy-horror film The Rocky Horror Picture Show, which included interactive elements and live performers.

The Guild was first put on the market in 2016, causing immediate backlash from Menlo Park locals. The theater’s strongest defender was Judy Adams, who stood outside movie showings with a “Save the Guild” petition that reached 4,000 signatures and was presented to the Menlo Park City Council. In the end, though, Adams’ efforts were unsuccessful.

The theater stayed open for 93 years, but officially closed on September 6th, 2019 after being purchased by three Peninsula Arts Guild investors who planned to turn the cinema into a live music venue after growing weary of driving to San Francisco to see live music. The venue’s current general manager, Tom Bailey, explained that “Peninsula Arts Guild was founded with one goal in mind: to bring live music, film and the arts to the mid-Peninsula.”

A $35 million renovation ensued, in which the entire theater was torn down aside from the two side walls. The new theater opened in February of 2022, with a bright and modern interior designed by Ken Fulk. However, The Guild’s recognizable marquee sign helps preserve the original style and feel of the theater. Bridgitte Chatellier, who works in the box office, said that “We definitely created the vibe of a 1930s art-deco art house…you just can’t get this everywhere.” 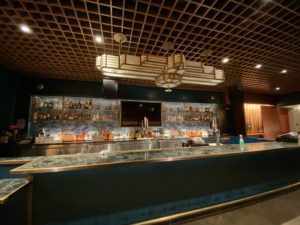 One of The Guild’s bars, displaying an original 1926 light fixture

The renovated theater includes a three-tiered standing room, a seated mezzanine, two full bars, 170 lights, and over 9,000 acoustic holes in the ceiling. Additionally, two light fixtures from the original Guild Theater add a sentimental art-deco ambiance. Downstairs, performers can be found in a luxurious green room that Chatellier says “makes it really at home for the artist.” The Guild hopes to host performers of all sizes and genres, and has space for music, film, and other special events such as comedy shows, book readings, and private parties. Bailey said that the venue is “versatile” and “will try just about anything.” The new theater also has a 500+ capacity, which is much larger than the original theater’s capacity of 220.

The theater also functions as a non-profit and focuses on giving back to the community. Bailey explained that “By operating as a not-for-profit venue, all we need to do is cover our expenses (principally our staff and venue operations) and any surplus, if we have one, can go back to the community by way of free public events or donations of the venue for non-profit functions.” Chatellier also explained how the venue focuses on making their events accessible to everyone in the community, especially those with disabilities who might not feel accommodated at other venues. These accessibility measures include an elevator and moveable chairs for wheelchair users. 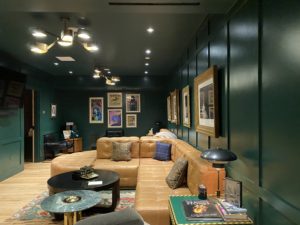 The green room has everything an artist could need or want the night of their show!

Since opening, The Guild has hosted many successful events and has seen a steady increase in audience attendance as word about the nightspot spreads. During a set break at the “Pride & Joy” concert, frequent patron John Donald described the venue’s demographic as “mostly in their 40s-50s, but some shows also draw a much younger crowd.”

The new Guild Theatre is fresh and modern, but preserves the charm that has made the theater so well-loved for the past 96 years. The Guild’s upcoming season includes performances by “The Wallflowers,” Joe Pug, and a return of the theater’s celebrated Rocky Horror Picture Show night.

Ben Siegel is a sophomore at M-A and in his first year in journalism. He loves pop culture, specifically music, as well as issues and events in our local community. Outside of school, he spends time doing theatre and being with friends.