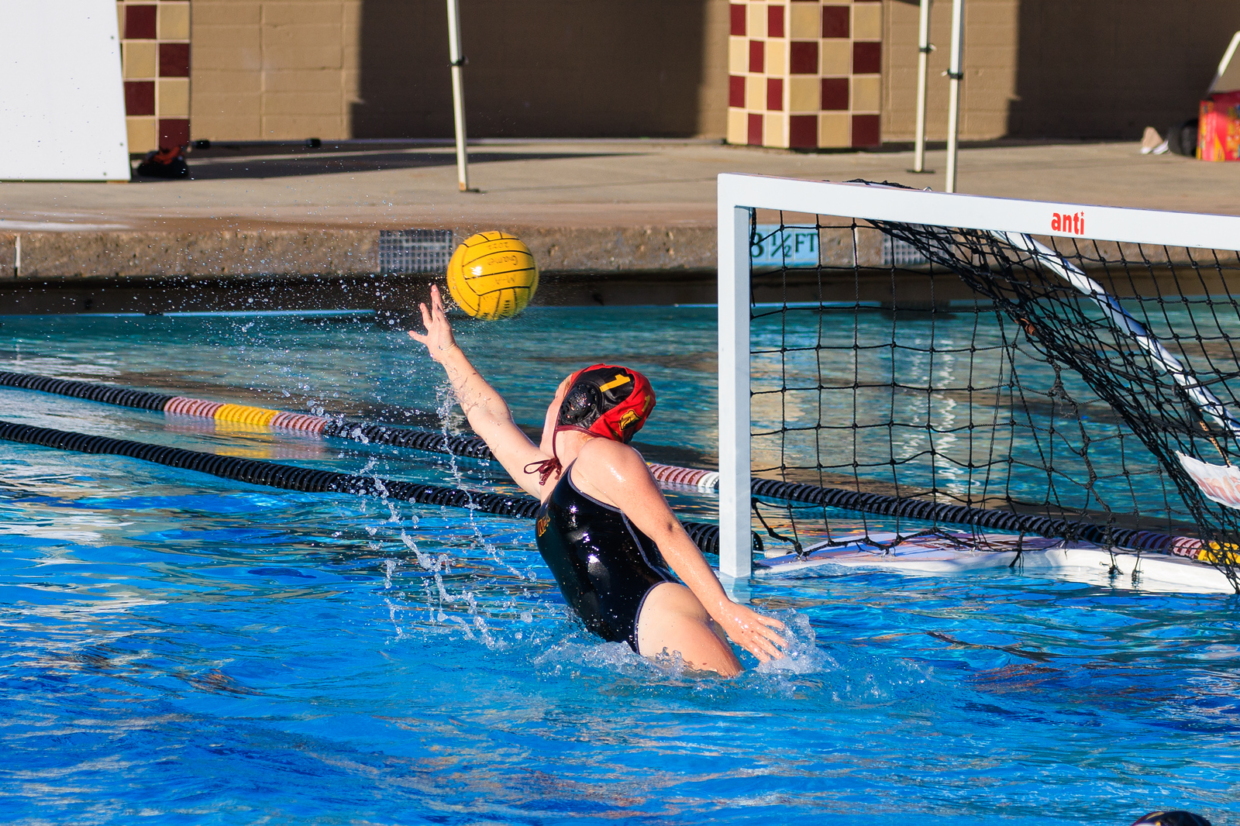 The Bears went head-to-head with Gunn this past Saturday in a non-league game. Despite losing the game 4-8, M-A put up a great fight from start to finish.

Senior Sydney Dougherty set the tone right away by winning the sprint at the beginning of the match. The Bears kept up the early momentum on defense, forcing Gunn to shoot two shots that bounced off the side of the cage. A possession later, Gunn made a good pass into their center, drawing a 5-meter penalty shot. Penalty shots are notoriously difficult to block, but that did not stop sophomore and starting goalkeeper Lexi Nelson from rising up and deflecting the shot over the cage to keep the score tied. Senior Betsy Wall said, “Lexi shined, making several impressive blocks.”

Both teams continued to play strong defense early on. The Bears forced Gunn to take another low percentage shot, which Nelson blocked again. However, the Gunn goalie tipped the shot over the cage, giving Gunn another possession, which they converted with a lob shot from the left flat. Gunn scored again with a tough shot out of center, setting the score at 2-0 Gunn with three minutes left in the first quarter.

Despite the deficit, the Bears kept fighting with a great drive by freshman Scarlet Shenk, which resulted in a five meter call for the Bears. Shenk put up a clean shot that sailed past the goalie into the top right corner of the goal, leaving the score 2-1 with 2:30 minutes left in the first quarter.

Gunn tried to run a double-post offense, but Wall and Shenk kept both centers outside of five meters, forcing Gunn to shoot another outside shot, which Nelson stuffed with ease. The Bears then earned a 20 second ejection, which occurs when a player commits a major foul. They put up a strong shot, but it was deflected by the goalie. Gunn regained possession and earned an ejection out of set. Gunn then ran their six-on-five offense and scored a goal from the position one player. Two possessions later, Gunn put up a buzzer-beater shot that was blocked by Nelson, making the score 3-1 Gunn at the end of the first quarter.

The Bears won the sprint again at the start of the second quarter. They had several strong possessions with shots coming out of center position and from drivers. However, both teams kept up their defense. Gunn earned another ejection, this time resulting in a goal from the four post player. M-A continued to play good offense, driving and releasing for the ball. Nevertheless, Gunn was able to score another goal in the transition, increasing their lead to four at halftime. Senior Jocey Lunt later said, “Gunn is not in our league so it was a good learning experience for the team and good for us to play strong competition.

The Bears came out firing at the beginning of the third quarter, with Dougherty taking the sprint for the third time in a row and senior Amelia Peyton scoring a counterattack goal. However, Gunn responded with another 6-on-5 goal, making the score 6-2.

The Bears fought till the very end, with seniors Coral Roost Rothenberg and Toni Olivero both scoring goals in the fourth quarter. However despite the Bears’ late efforts, Gunn emerged victorious with a final score of 8-4. Lunt said that the Bear’s, “biggest downfall as a team was the lack of communication, but we have many practices to work on that.”

Wall also said, “I feel pretty good about the game. Gunn is a very strong team, but we were able to play well and hold our ground against them. Even though we lost, I’m proud of our performance and spirit during the game.”