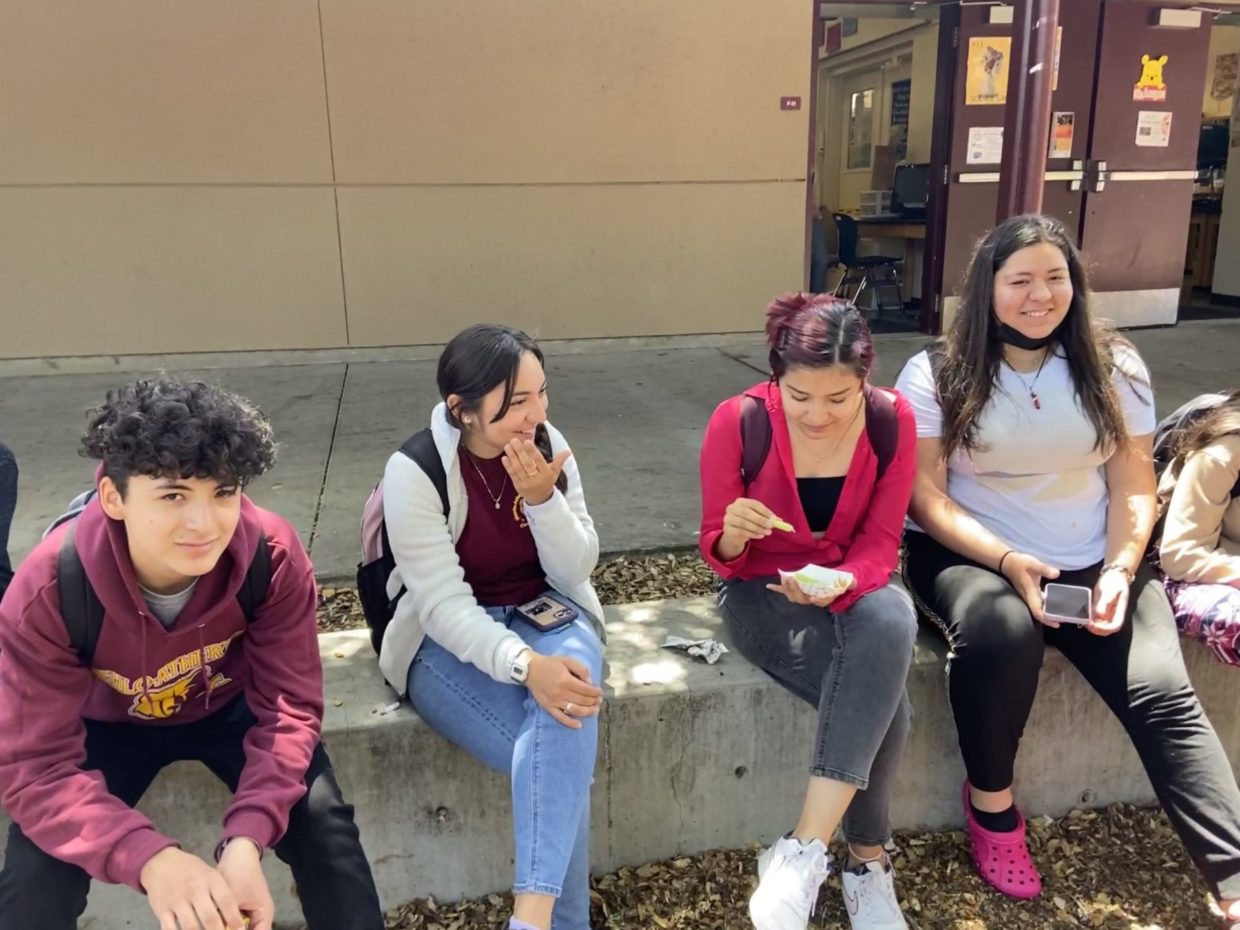 Sandra Jonaidi, the District’s Director of Food Services, said the district chose this packaging because, “The packaging used before wasn’t consistently the same material and the use of plastic was an issue with regards to food safety, sustainability, and county health requirements.”

Unfortunately, this new packaging does more harm than good when composted because, like many other products labeled as compostable, it contains PFAS to make the packaging both water and grease resistant.

Ben Schleifer from the Center for Environmental Health, an organization that advocates for sustainable business practices, said, “PFAS is also known as the forever chemical because the carbon fluorine bond is very strong, and it doesn’t have any way to break down in the natural environment. If you put one of these trays that contains PFAS into the compost, the composting facility would grind it up with other food waste to turn it into organic material. Then the compost would have this chemical in it that didn’t get broken down.”

Schleifer said that this contamination can have a ripple effect. He said, “If that compost is applied to a field to grow, let’s say grass, the grass would actually uptake this chemical as it’s growing, and then that grass would be eaten by a cow. The cow can’t digest the forever chemical, so then some of it would pass through the body and some of it would be absorbed into the body. We’re also seeing that when compost gets rained on, some of it runs off into a creek, which feeds into a reservoir, and PFAS gets into the local water supply.”

Addressing concerns regarding PFAS content in this new packaging, Jonaidi said, “I order enough packaging for about six or eight weeks at a time, but since we lease equipment from the company Oliver, we can’t change the packaging we use unless we find a replacement company for the equipment.” She said she contacted Oliver and they replied that they were unable to issue a formal statement regarding the PFAS content in their 100% Compostable packaging, but recommended switching to 95% Renewable Fiber Trays which are not produced using PFAS.

Although there’s conflicting evidence, many studies also show that the consumption of PFAS has several negative health effects, including developmental issues in children and teens, multiple types of cancer, and weakened immune responses, which could worsen the effects of illnesses like COVID-19. There are thousands of types of PFAS, and some, like Teflon, have even been outlawed or phased out due to these health concerns. Still, they’re being replaced by other PFAS, like the ones in M-A’s school lunch packaging, which might have similar effects.

When people eat out of this new packaging, they are likely consuming trace amounts of PFAS. Composting the packaging contaminates the soil with PFAS which eventually ends up in food. According to the National Health and Nutrition Examination Survey (NHANES) data, 97% of Americans have PFAS in their blood, some of which is from these sources. Since PFAS are man-made chemicals, none of this PFAS is naturally occurring.

In a review of 28 studies funded by the CDC and Agency for Toxic Substances and Disease Registry, most studies found either a noticeable increase or a slight increase in many types of cancer in people as exposure to PFAS increases. However, lower amounts of PFAS exposure likely wouldn’t have the same effect.

Reusable packaging wouldn’t have the negative health effects of packaging containing PFAS. It would also have a much lower environmental impact than compostable packaging, even without taking PFAS into account. However, it would be much harder to implement. Jonaidi said, “Since none of our sites have enough staffing, dishwashers, or space to put a dishwasher of the magnitude required, reusable packaging isn’t currently a viable solution. It would also be difficult to maintain control of the reusable items and not sustain losses.”