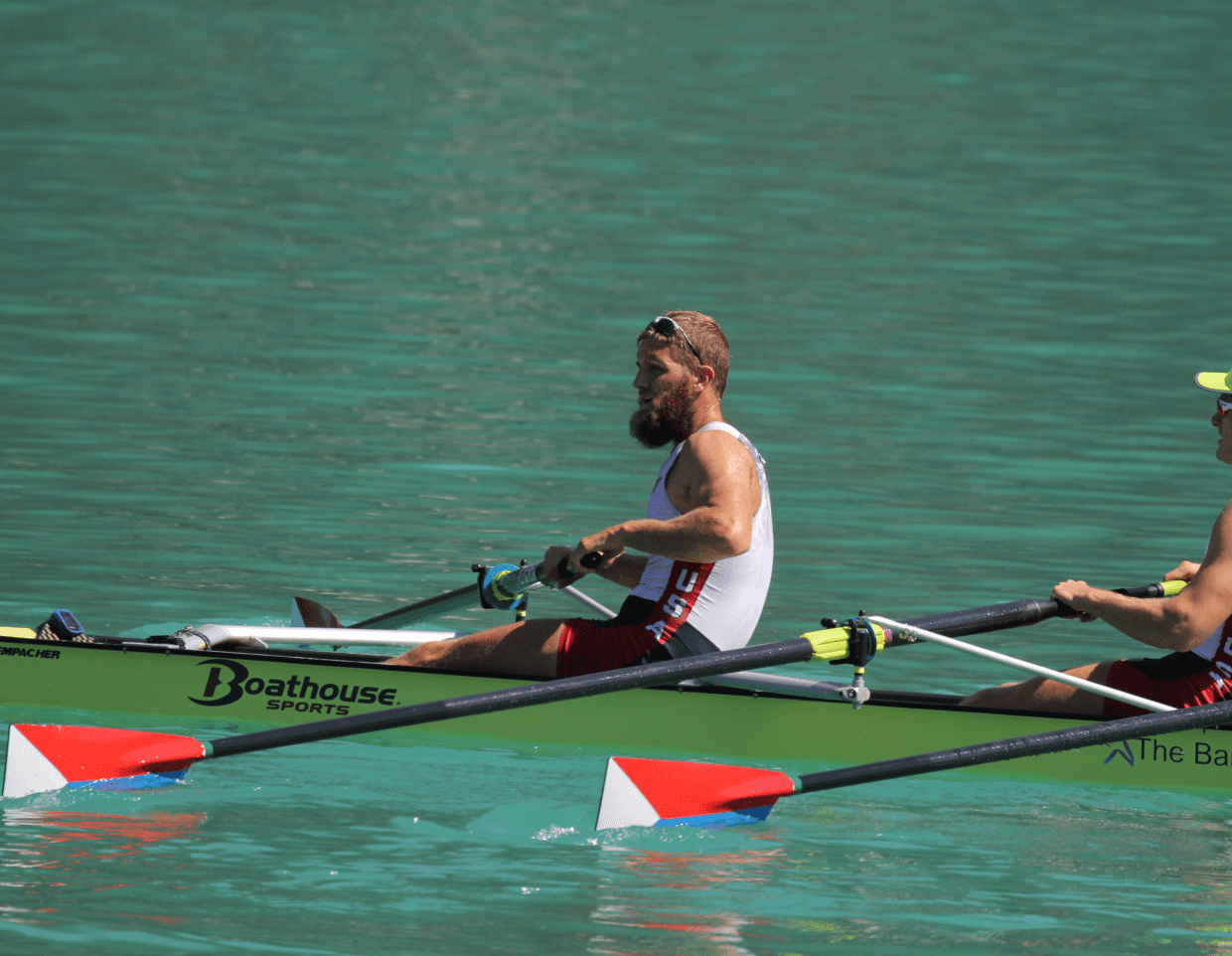 Seth Weil went from a non-athletic theater kid to a member of the UC Davis club rowing team to an Olympian to an Aerospace Engineer. It all began at M-A.

“I remember John Florio’s AP European history class was hilarious, but also a nightmare. And Mr. Giambruno’s creative writing was pretty rad—we wrote short plays and a performing arts group performed some of them,” Weil remembered. Outside of class, he spent most of his time in the drama department building sets and on the robotics team building robots. He did not play any sports in high school. Weil graduated from M-A in 2004.

At UC Davis, Weil declared not one, not two, but three majors: Mechanical Engineering, Aerospace Engineering, and Psychology. Triple threat. His favorite classes were Rockets and Propulsion and the Psychology of Perception.

Weil also walked onto the club rowing team freshman year. “Someone spotted me because I’m really tall (6’7”) and suggested I check out rowing,” he explained. The UC Davis club rowing program took Weil, who had never participated in sports outside of AYSO middle-school soccer, and began to mold him into a serious athlete.

After college, Weil continued, “I wasn’t particularly good at rowing yet, at least not on the National Team level. So I kept training on my own. I entered a National Selection Regatta and got absolutely destroyed. That was pretty discouraging. I was at a point where I had to do something drastically different or hang it up.”

Weil heard of a coach in Washington who had a boathouse in his garage and sent him an email. The response he received said: “Don’t come here, it’s too hard, the winters are cold, and we train too much.” Weil was “a pretty stubborn kid back then,” so he packed up his boat and headed to Washington.

Upon arrival, the coach informed him they were “going to train until something breaks, either your body or your spirit.” Weil lived in the coach’s house and trained “as much as he could handle.” He said, “It was awesome. Pretty gnarly. Definitely the most challenging thing I’d ever done.”

Almost a year later, an opportunity arose: someone on the U.S. National Team got injured and needed a substitute. Weil was invited to fill in. He explained, “They didn’t have housing or a meal plan for me, but they said I could come to the training camp in Chula Vista, California. I knew this would probably be my only opportunity—I had to win everything I could. I didn’t have a choice. I tried my absolute best and did decently. I was invited back in March for another camp.”

From there, Weil was invited to the Senior National Team Training center in Princeton, New Jersey. “My new training partner, Henrik Rummel, was like, ‘Look, here’s the deal: we win everything,’ and I was like, ‘Awesome.’ I guess they saw some hope in me as an athlete, and decided to teach me how to row properly,” said Weil.

Weil went to his first World Cup in Lucerne, Switzerland in 2013. “I was pretty out of my depth. I had never been on the national team at any level. It was a blur. My boatmate Mike Gennaro came up to me before the race and was like, ‘Just make sure we’re in first place at the halfway mark, and then I’ll make sure we win.’ And I was like, ‘Okay.’ So I completely destroyed myself in that first half. We were ahead at the halfway point, and Gennaro was true to his word. We crossed the line first.”

Weil was named the USRowing Male Athlete of the Year in 2015. He competed at two more World Championships and at the 2016 Summer Olympic games. “The National Team hustle was a whirlwind of surviving absolutely insane selection processes,” he said. After the Olympics, Weil retired from rowing and started his career as an engineer.

These days, Weil is a Flight Test Engineer at Pyka, an electric airplane company in Oakland. He explained, “I’m involved in getting aircrafts through sets of tests that allow us to have confidence that the planes can perform safely.”

Weil’s advice to current M-A students: “I would say, find clubs, hobbies or experiences that allow you to manifest something real. Whether it’s in robotics, graphic design, writing for the newspaper, or whatever, being forced to actually put something out there into the world and have it be used, tested, viewed, or read, is invaluable. There is no better teacher than experience. You see that a lot when you’re applying for jobs. Employers primarily want people with experience. It doesn’t have to be professional experience. When we hire new engineers, if you were part of a club in college or high school that actually built or produced something, we know you have some experience in that process. The application of the theories that you’re learning in school is like an entire other world of knowledge.”

On his favorite books, Weil said, “From an athletic standpoint, Thinking Body, Dancing Mind by Chungliang Al Huang. Also, The Master and Margarita by Mikhail Bulgakov.”

Outside of rowing and engineering, Weil enjoys skydiving. He said, “Anything that has to do with parachutes, I’m very into. I’ve jumped in Spain and all over the US. Anywhere there’s an airport that will take me out, I’ll jump!”