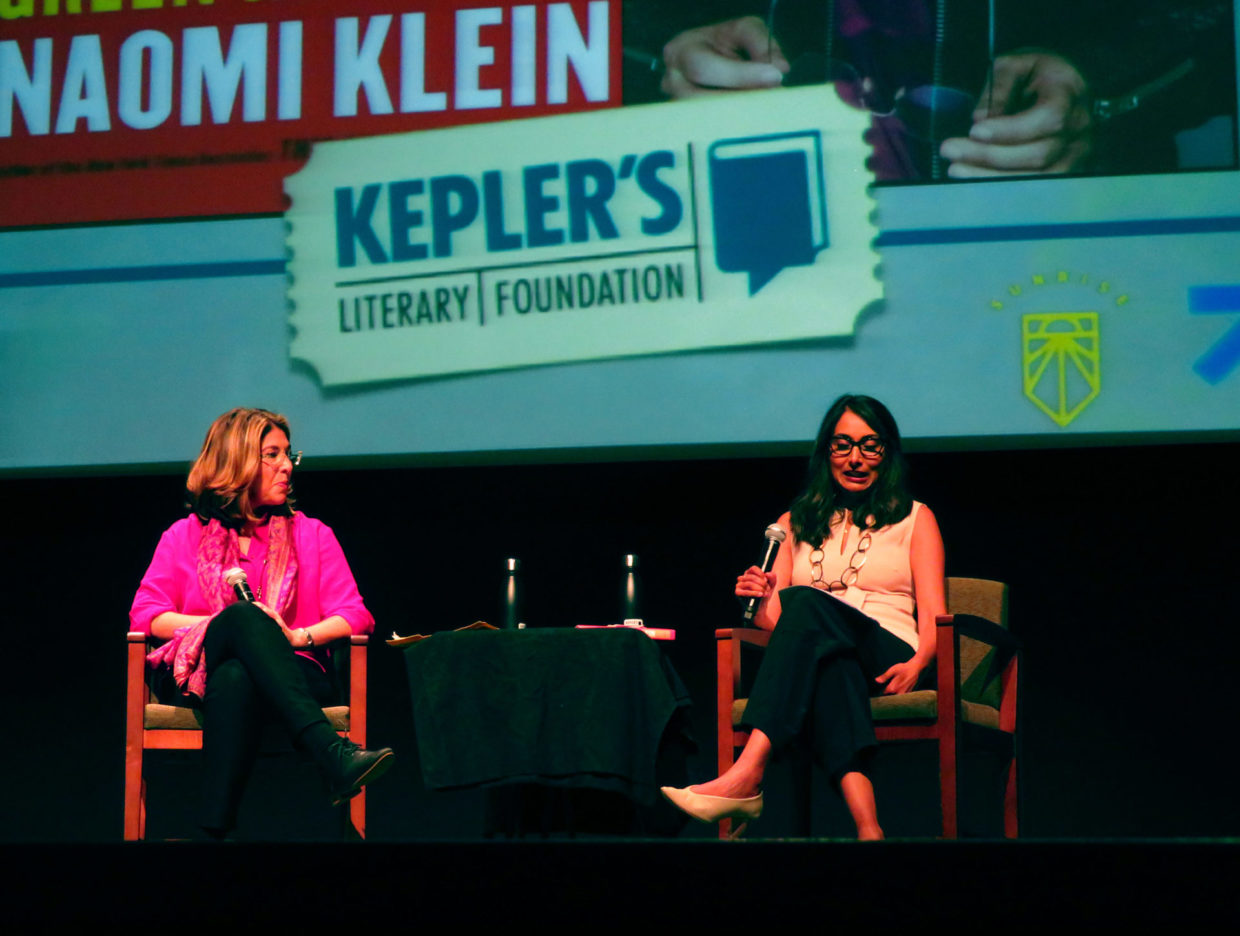 Through the Kepler’s Literary Foundation, 300 middle- and high- school students were able to attend environmentalist Naomi Klein’s talk on her new book, On Fire: the Burning Case for a Green New Deal, entirely free.

Klein is a journalist, known for her work in The New York Times and The Intercept, who has been writing about the climate crisis for over a decade. Her previous book, 2014’s This Changes Everything, takes a similar stance on the issue, arguing that neoliberalism, in praxis, is innately antithetical to environmental reform.

A vocal critic of the U.S. government’s passivity in dealing with the climate crisis, Klein advocates for action, in the form of a green new deal, in her new book. 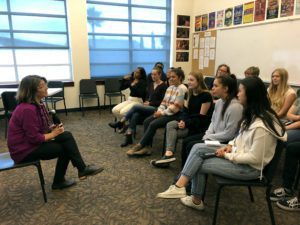 With the failures of late-stage capitalism in addressing this crisis, Klein believes that the future of the climate movement belongs to teens. In On Fire, Klein states, “Unlike so many adults in positions of authority, [teens] have not yet been trained to mask the unfathomable stakes of our moment in the language of bureaucracy and overcomplexity. They understand that they are fighting for the fundamental right to live full lives.”

Several students were able to meet with Klein in a small group and ask questions about what they can do within their community. Among them were students from Eastside College Preparatory School, the San Mateo High School Green Team, and members of the Sunrise Movement, a teen movement advocating for the Green New Deal.

According to eight grader Julia Zeitlin, who heads the Palo Alto chapter of the Sunrise Movement, “as a young person, I definitely feel like I am responsible for helping to deal with the climate crisis. While past generations did not act, our futures are at stake. In order to win, everyone must unite to work for climate justice.”

Zeitlin went on to say, “Naomi Klein is an amazing activist. I admire how long she has been working to address the climate crisis. It was so great to meet her, and I felt lucky to be able to ask her about activism. The topics Naomi writes about are hard to cope with and can be anxiety-provoking at times; however, her unique perspectives and views on how we can solve this crisis are inspirational.” 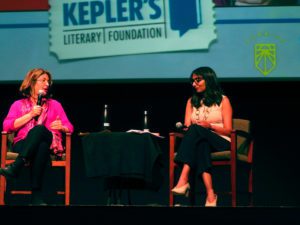 For Kepler’s, the centrality of teens in the climate movement spurred them to offer free tickets to students. According to Jean Forstner, Executive Director of Kepler’s Literary Foundation, “Climate change poses an urgent threat, and we are excited to see young people like Greta Thunberg mobilizing all over the world to help us tackle this unprecedented challenge. As part of our mission to engage our community, we are offering these free tickets to welcome local students to participate in a constructive and action-oriented evening with Naomi Klein.”

Klein believes the U.S.’s current economic model is ill-suited to deal with this issue on a level even more fundamental than incentivizing unsustainable behavior. Klein said, “we live in a time of multiple, overlapping crises, that are all existential for the people affected by them. If you are worried about being shot by the police, or getting food on the table, that is an existential crisis. We can’t simply say that we’ll deal with the climate, and then with all of these other issues: that hasn’t worked. Things are really rough for people, forty years into the neoliberal project, which has shredded the little social safety net there was. Without challenging the dominant market logic of our time, what climate reform actually looks like is additional stress for the working class, which they are far from needing.”

In a 2015 interview with Human Geography, Klein said, “in terms of the tools that we needed to respond to this crisis when it hit in the late 80s and 90s, were the very tools that were under fire by the neoliberal project: regulation, taxation, the very idea of collective action in society and so on. The advancement of free trade created more barriers. But because we have waited as long as we have, and we now need to cut our emissions as deeply as we need to, we now have a conflict not just with neoliberalism, but a conflict with capitalism because it challenges the growth imperative.”
To learn more about On Fire and Naomi Klein, visit her website.