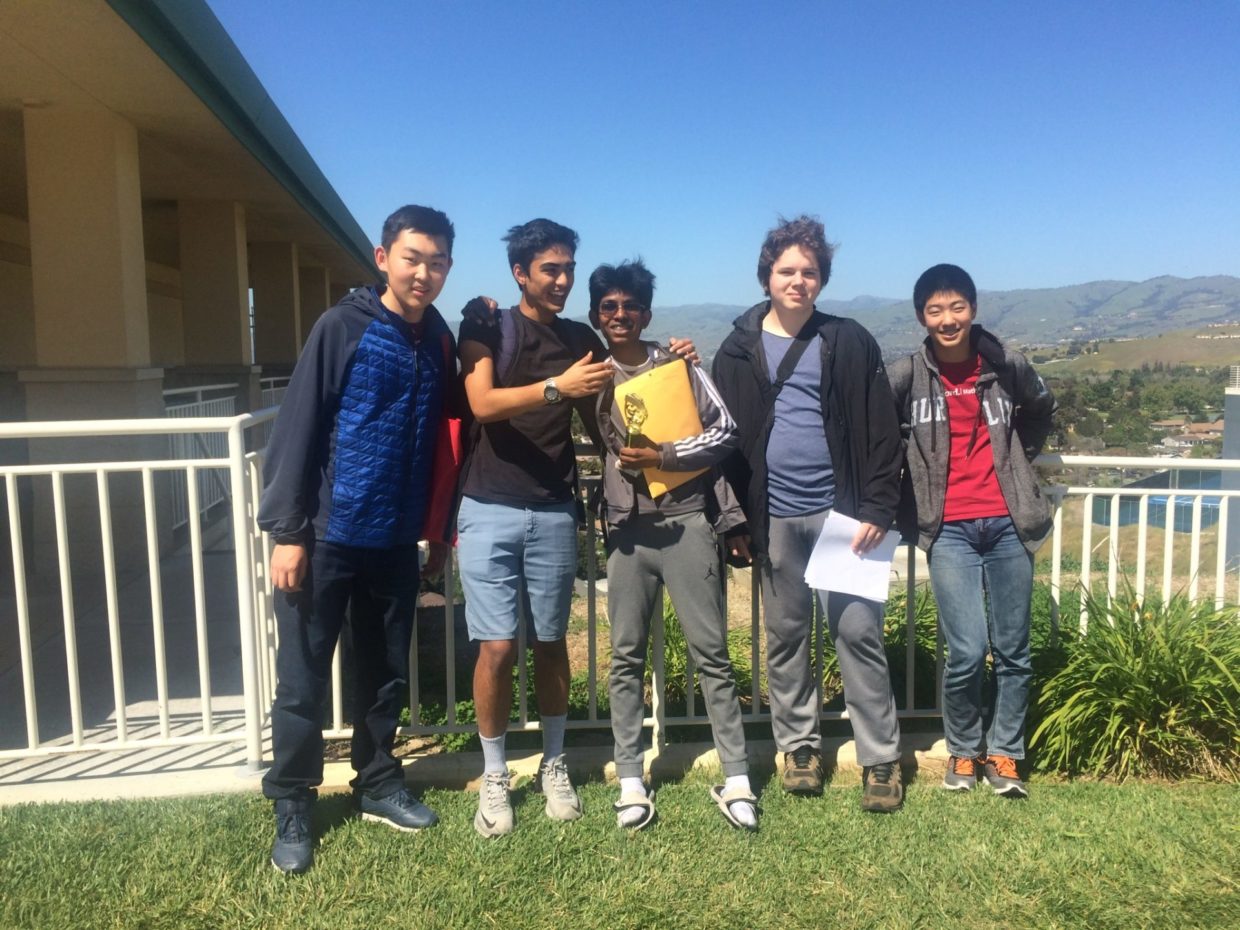 If math were a varsity sport, sophomore Neeraj Rattehalli would be a varsity MVP on his way to state and national championships. He set a school-wide record with the highest American Math Contest (AMC) score in Menlo-Atherton history, earning a total score of 139.5, with 23 correct answers, one blank, and one wrong, placing him among the top tier of all students nationwide. To put this in some context, on average, M-A has only a few students who break a score over 100 each year. Rattehalli’s score is only 10.5 points below a perfect score.

As a sophomore already in BC Calculus, Rattehalli says calculus is his favorite math class so far, adding, “I really enjoy learning about infinities and how something that’s infinite can also have something that’s finite.” Surprisingly, Rattehalli says, “Math is not my favorite subject, but it’s useful for my favorite subject, which is physics. Math plays an integral part in physics because it was completely based on that.” In the future, Rattehalli hopes to have a career that is heavily math-based, whether that be physics, or something else. 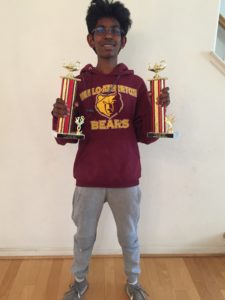 Ratehalli poses with his math trophies.

Many M-A students are familiar with the monthly California math contests, which take place during lunch time. Far fewer are familiar with earning a perfect score every month, as Rattehalli and a few other M-A students manage to do often. In fact, for the higher level math contests, there is actually behind the scenes preparation that elite students undergo on their own, in both practice and strategy. For Rattehalli, this includes “reading old contests papers and going through various books”. In taking a lot of AMC Math contests, Rattehalli has discovered which methods work best for him and how to successfully complete the test. Believe it or not, “answering the questions is not the hardest part, it’s about keeping your cool.” When pressed for time and answering the last few questions, he has found that he “can get very tense very quickly when [he’s] not able to solve questions, so it’s about maintaining [his] cool” in order to solve the rest. In the most recent AMC 10 that he took, Rattehalli found that “it actually had a lot of problems from combinatorics and geometry, and I found quite a few elegant solutions to a lot of the problems, which made it very enticing to solve the last few, because they had very unique solutions.”

After qualifying for the American Invitational Mathematics Examination (AIME) and doing well in that exam in March, Rattehalli was one of only around 225 students in the country invited to participate in the United States States of America Junior Mathematical Olympiad (USAJMO) competition last week. The USAJMO is no joke. It is a six question, two day, 9-hour proof based test. The best students from the USAJMO and, for older students, the United States States of America Mathematical Olympiad (USAMO) will go on to represent the US in international math competitions. Only a rare few ever experience such a hard test. As Rattehalli explains, “It was by far my favorite math competition that I have participated in because I spent several hours struggling and solving some of the hardest math problems out there. While it was very difficult, it was a very personal and involved experience that I would love to partake in once more next year!”

However, Rattehalli is not just a one-dimensional math genius outlier. He is a sophomore, who plays soccer, hangs out with his friends, and can binge watch Netflix like the rest of us. In fact he explains, “The week before the AMC competition, I finished 3 seasons of Breaking Bad.”

Rattehalli invites “anyone [who is] interested in learning more about math, math competitions, and socializing with the niche nerd community at M-A, to feel free to come to the math club in G-21 on Tuesdays.” Just make sure not to spoil the ending of Breaking Bad.