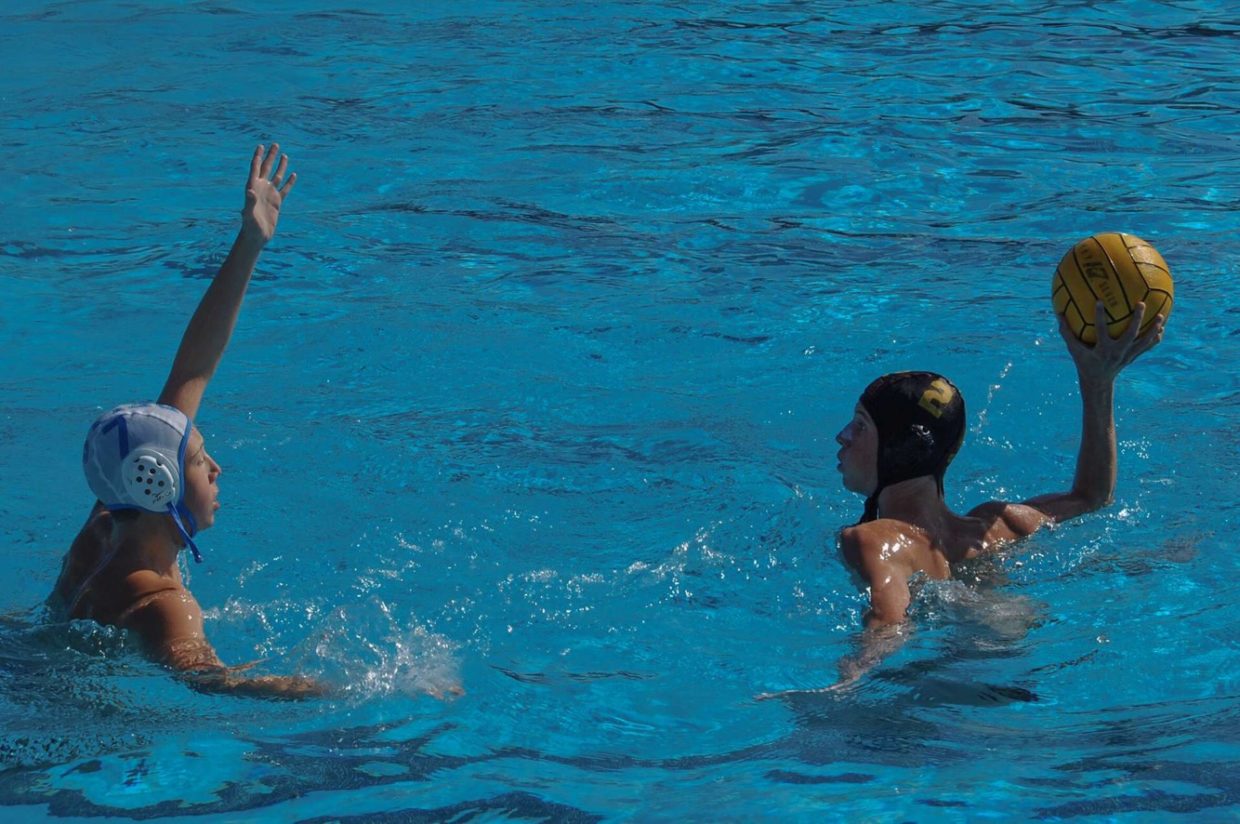 After their close loss to Saint Francis, the boys’ JV waterpolo team came back from behind to defeat the Bellarmine freshman team 13-8 this Saturday. Team captain Miles Scherer said that the Saint Francis loss was partly due to the lack of communication, but pointed out how the team improved this time by “looking out for each other.”

In the first half, sophomores Jackson Garff, Jon Goker, and Memo Portugal all scored to secure a lead. The players focused on driving in to the goal on offense and dropping in to help set on defense.

The first half lead allowed younger players on the team, like freshmen Aaron Freitas and Karim Nasr, to successfully close out the game. Sophomores Miles Scherer and JJ Jones scored five and four goals, respectively.

As a freshman on the team this year, Aiden Wescott pointed out, “it’s a lot more fun to play with people who know what their doing.”

The team has won nine out of their 12 games so far, their three losses being non-league games. The team hopes to become undefeated and will start their quest next week at the NorCal tournament. Coach Steven Canalez was optimistic, saying the team’s “biggest area of improvement is learning how to play as effectively as a team.”

“I think [the team’s] greatest strength is that they bring in a lot of raw talent,” Canalez said. “Our biggest area of focus has been taking all of that talent and focusing it into one cohesive unit.”