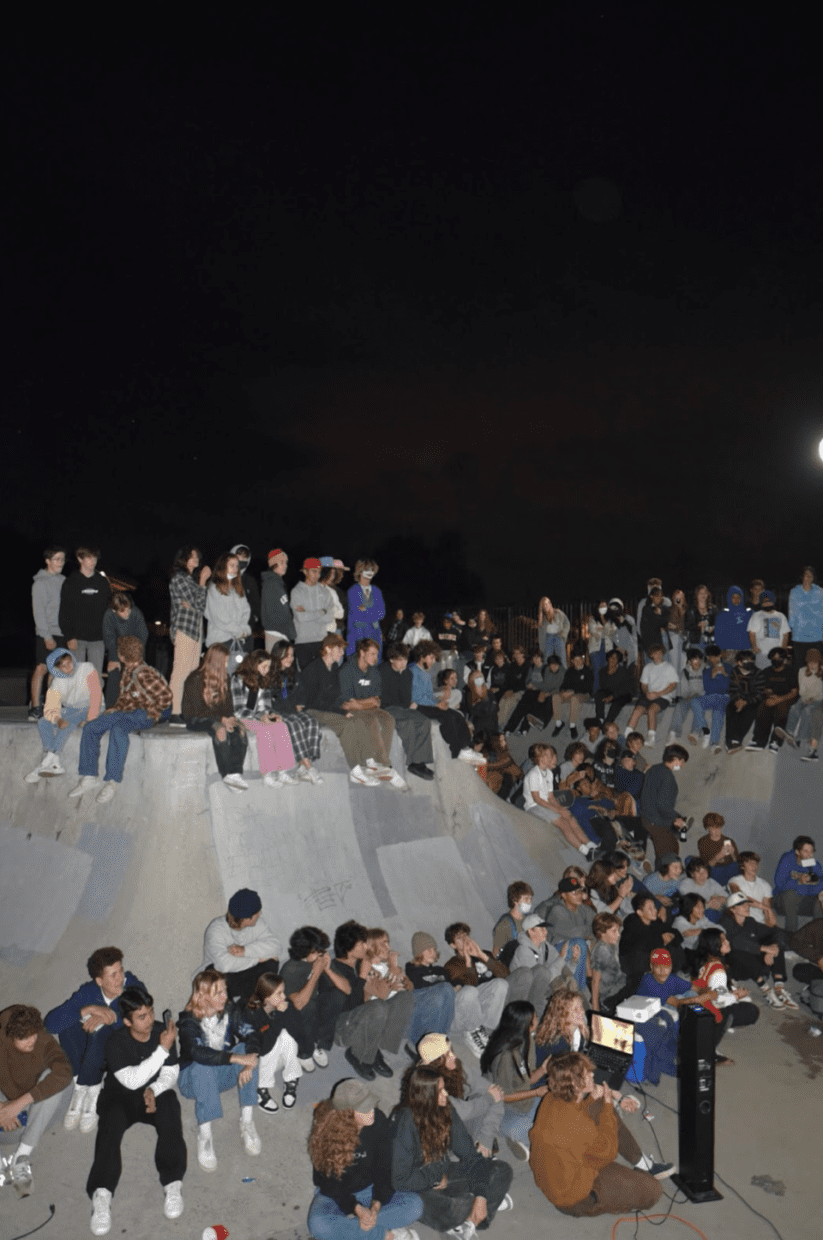 Despite Premiere at Burgess Skate Park Left No One Board

In the sloping concrete Burgess skate park, close to 150 people gathered on Saturday night for live music and a film premiere. Organized by M-A sophomore James Polly and his film and skateboarding group Despite, the event was advertised on social media platforms all week as a “skate video premiere” with complimentary live music, pizza, and drinks. 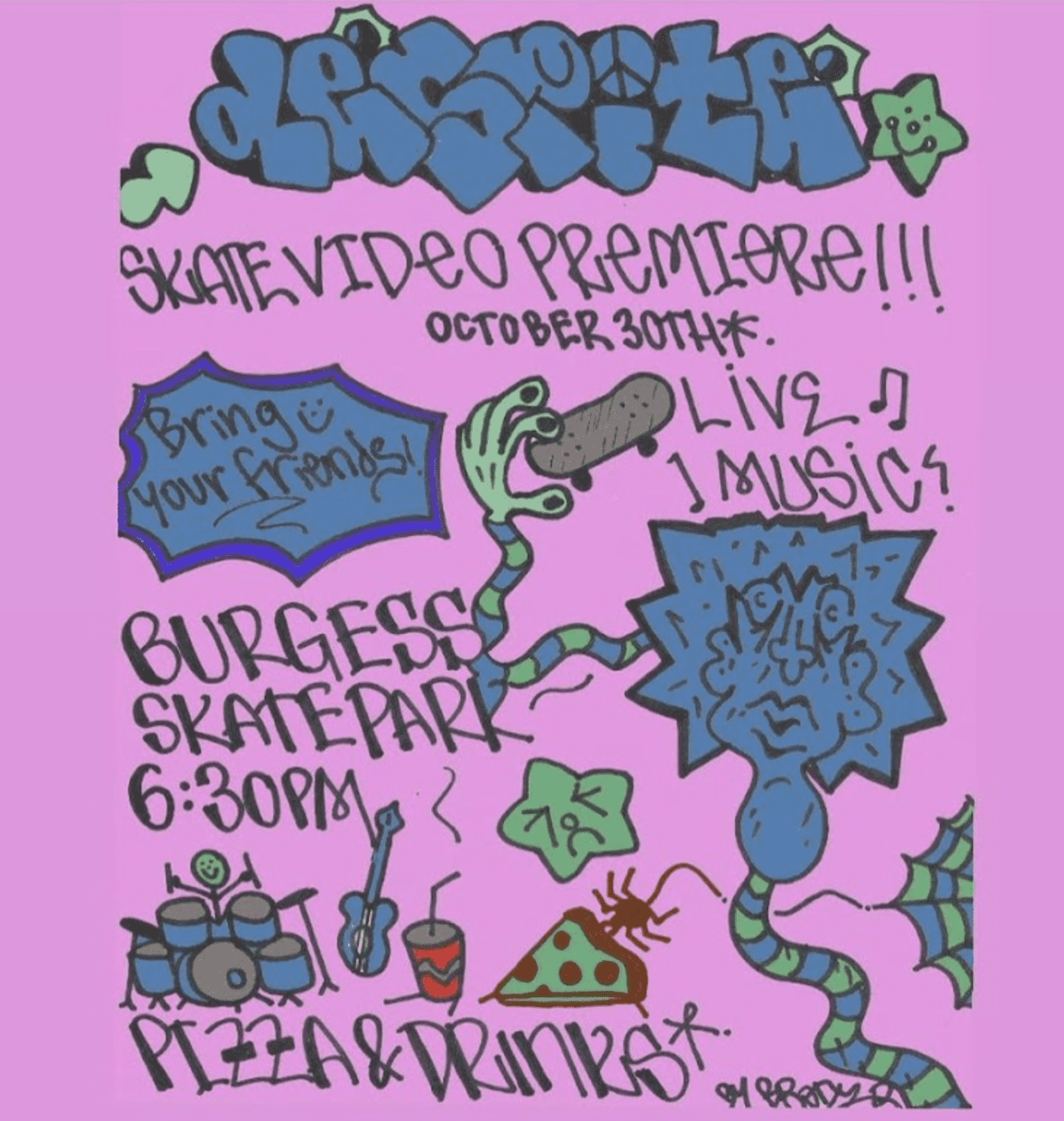 Illustrated by Despite Team

Around 6 pm, M-A seniors Daniel Roman and JJ Jones played a set of mostly original music to start the night off.

Soon after, the main band, currently unnamed, played a set as well. The band practiced around once or twice a week for only about three weeks in order to “get comfortable with the songs,” said Brody Rice, who was on vocals. This is a remarkably small amount of practice compared to the quality of the final performance. Songs such as “Advice” by Alex G (Rice informed me that “Alex G rules!”), “Today” by The Smashing Pumpkins, and “In Circles” by Sunny Day Real Estate were played in a bass-heavy, grunge compilation. “It’s great spending time around my friends while still being able to play and enjoy music we love!” says Rice. 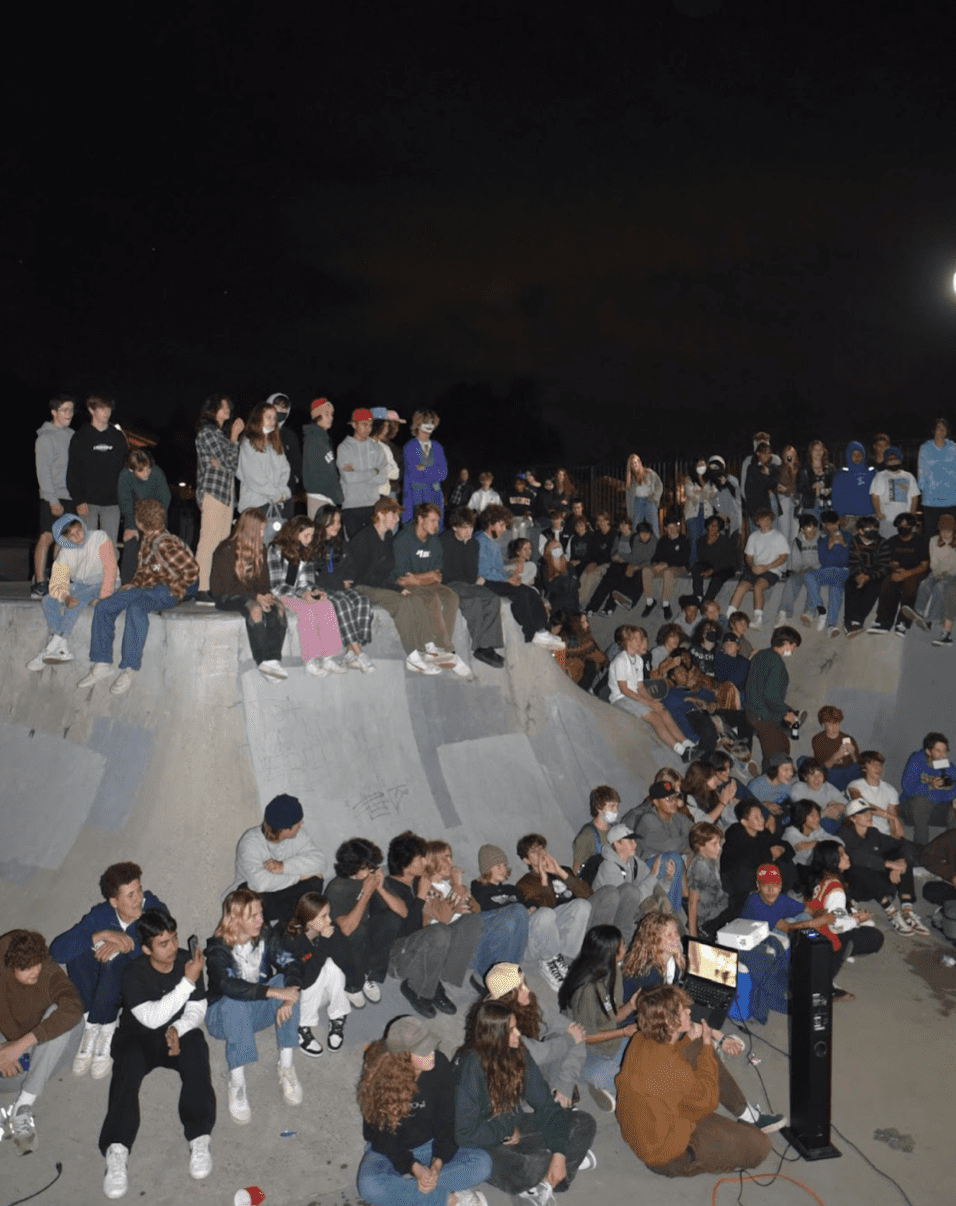 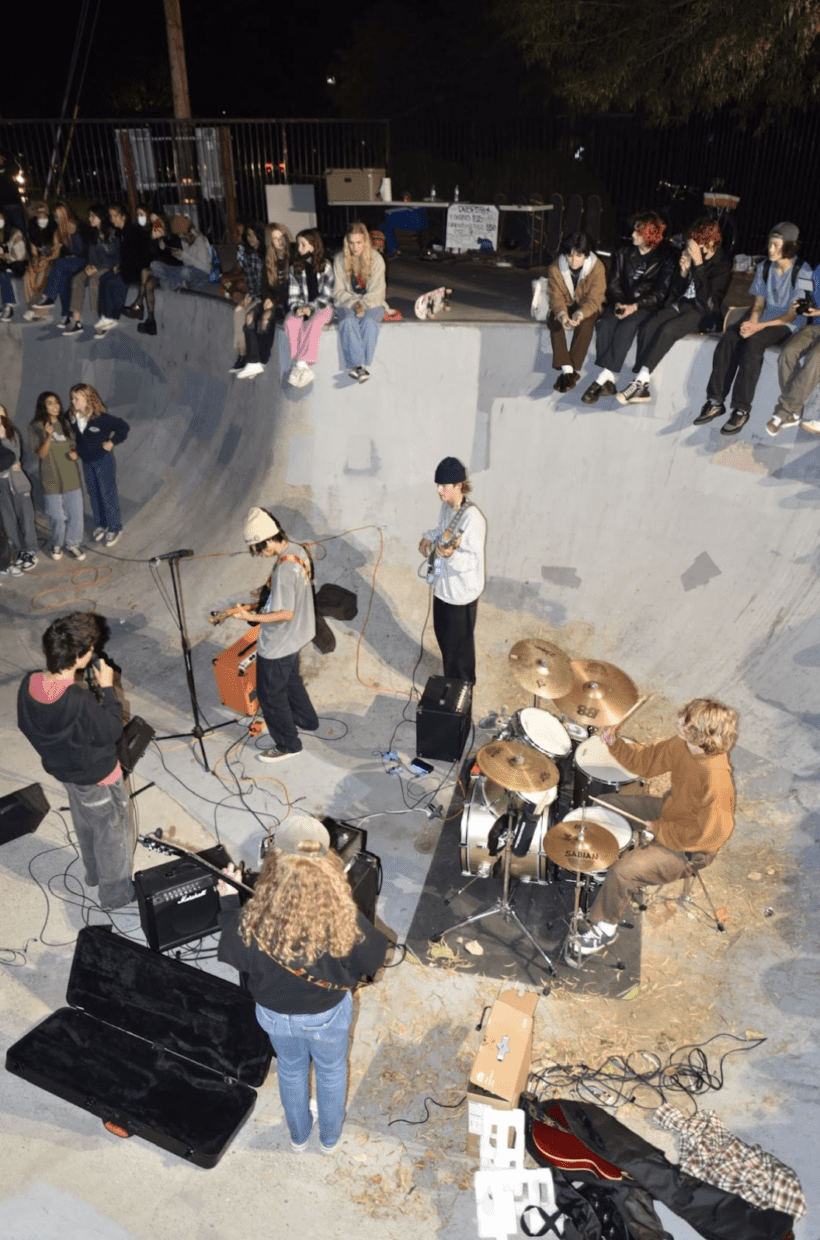 The key event began around 7 pm, a premiere of a skateboard highlight reel that was edited and produced by Polly, and the crowd shifted to the borders of the bowl to watch. The 15-minute video, simply titled “despite,” has been in the makings since December, and required about eight hours of editing. Energized from his debut on the drums, Polly said that he was “super hyped that so many people came out to watch the video.”

A feature of Palo Alto High School sophomore Hugo Gyllenram, member of the Despite team, doing a challenging 11 stair kickflip, had people chanting “Despite” and hollering their support, eyes glued to the screen. To finish the video, local skateboarder TJ Britt did a trick called a feeble grind down a 12 stair handrail at a middle school in San Jose. 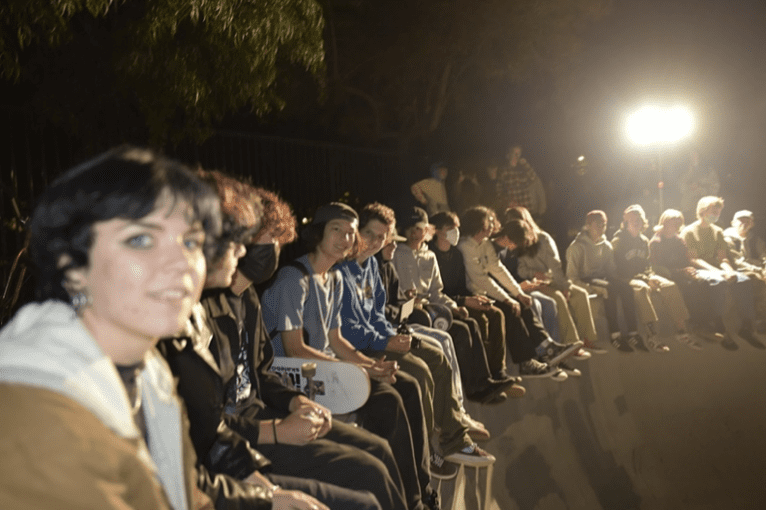 Parents and kids from as far as Sunnyvale, San Francisco, and Half Moon Bay came to support their friends and watch the show. “It was really cool to see people from all over the Bay Area coming together for the event,” says Keshav Srinivasan, who worked the Despite merchandise table.

As of now, the design for Despite merchandise is screen printed on t-shirts and crewnecks by Billy Stanton, a member of Despite who recently graduated from Sequoia High School. Black ink screams DESPITE in big bubble letters with a watchful eye coming from the “I” is printed onto different colored tops. 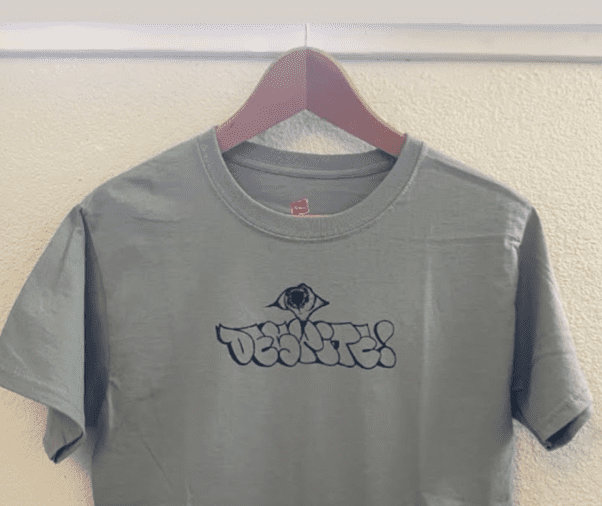 “I’m so grateful for all the support, and I’m extremely proud of all my friends who have been working on this just as hard as I have,” said Polly about the night.

Overall, it was an exciting event for the Despite team, but Polly says that more is to come! Check out their current merch and video on their Instagram page @d.espite or on Youtube.