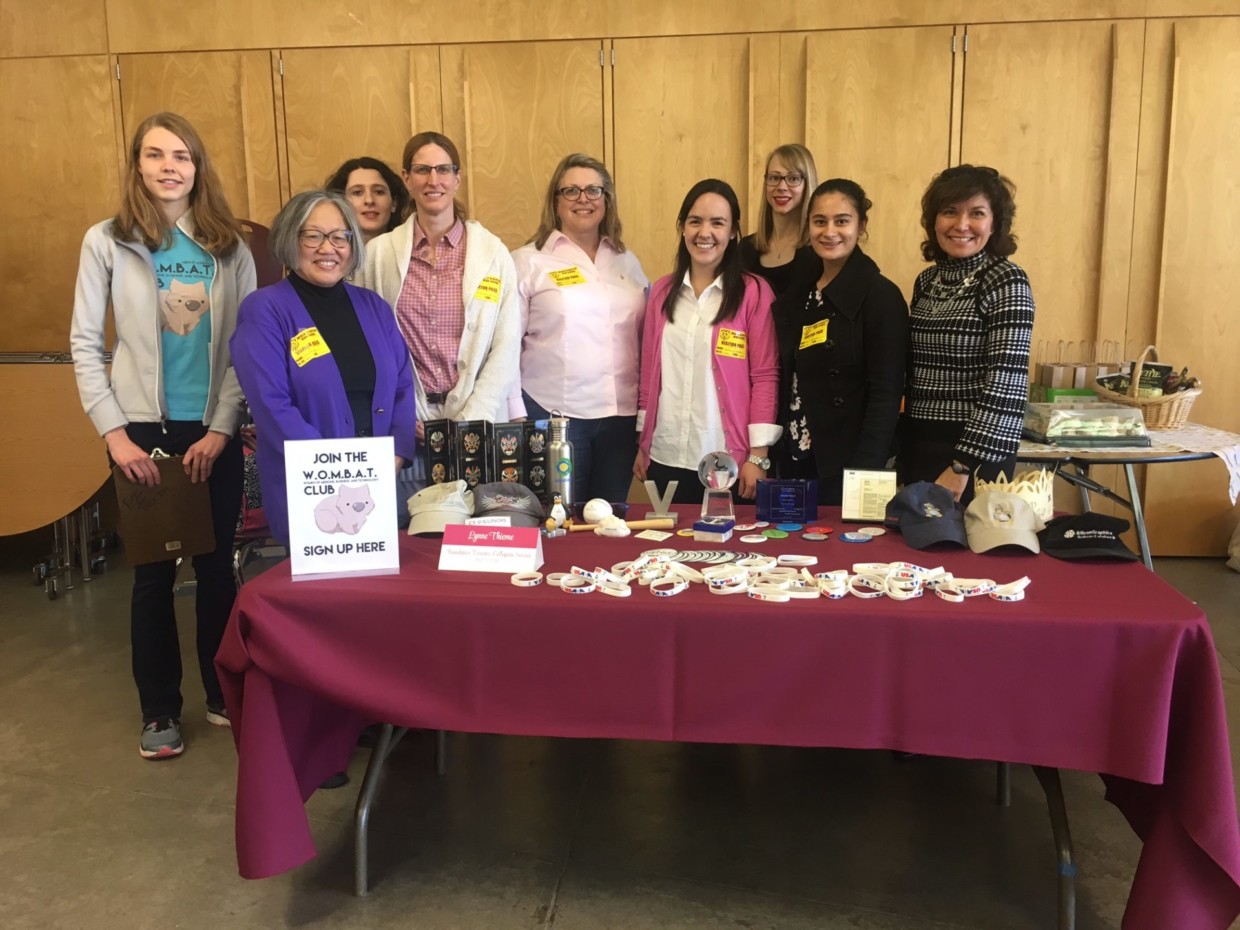 On Tuesday, January 23, the Women Of Medicine, Business, and Technology (WOMBAT) Club had a Science, Technology, Engineering, and Mathematics (STEM) event for Advancement Via Individual Determination (AVID) Students to learn about different career paths. Women of all backgrounds and STEM fields had tables set up around the Performing Arts Center Cafe, eager to share their stories of innovation.

Senior Cricket Gorey, founder of the WOMBAT Club, started the process of organizing the STEM fair back in November. “I reached out to the Anita Borg Institute, which helps promote women into computer science,” says Gorey. “They helped connect me to all these amazing women. I also reached out to old WOMBAT speakers.”

“I contacted Erica Bland and asked her if AVID would be willing to take a day off class to visit a STEM fair,” says Gorey. The fair was open at lunch to the whole school, and during fourth and fifth periods, several AVID teachers brought their students to the fair to hear the women speak. “This was unique to the club… it’s usually just the monthly speakers. We’ve never had a big event like this before. It was a pretty exciting step forward for the WOMBAT Club.” 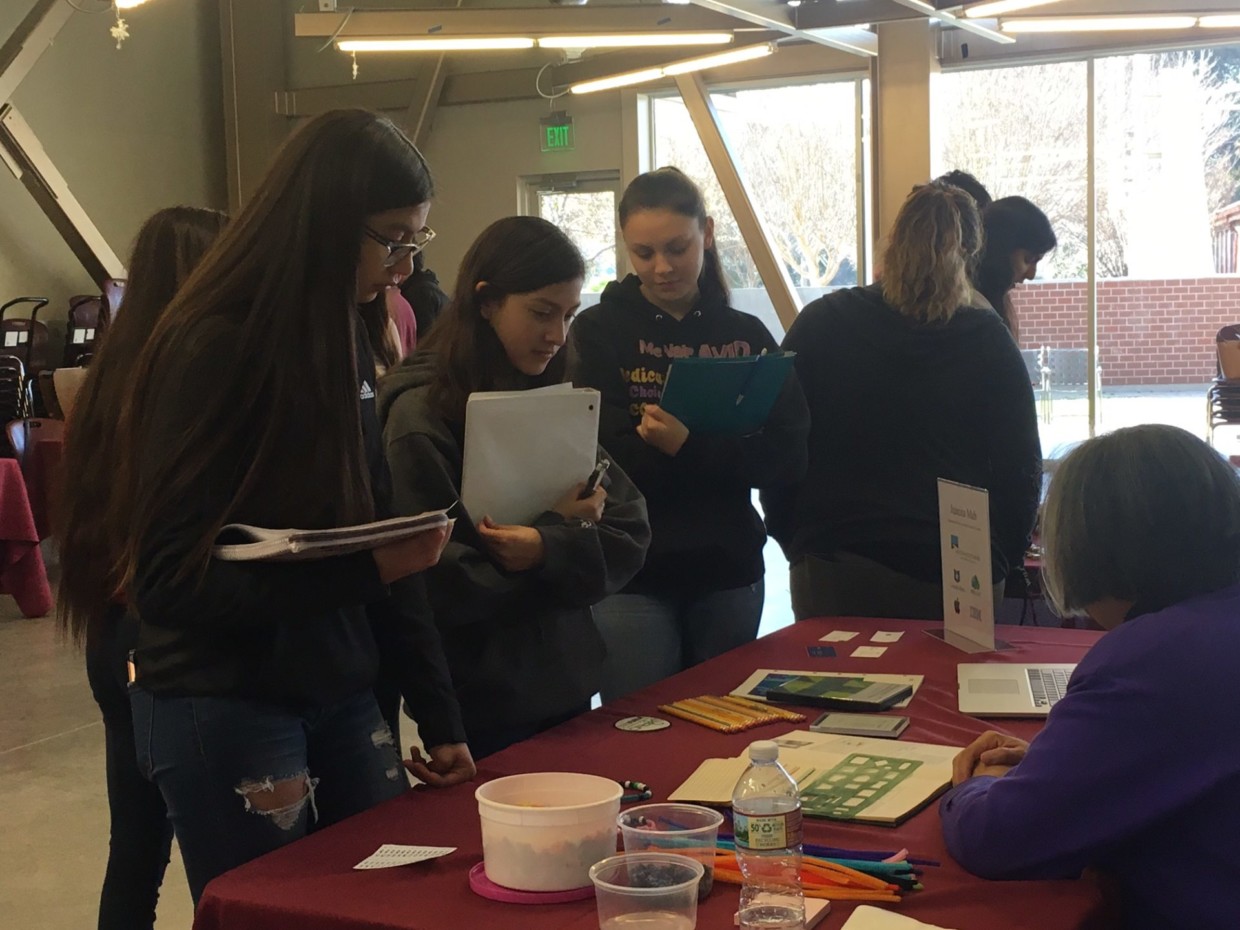 There were eight representatives from six different companies. Two women explained their respective positions as software engineer and biology researcher at 23 and Me, a genetic testing company. Lynne Thieme, a graduate of the University of Illinois in the Delta-Gamma sorority, continues her sorority work by helping blind athletes. Other speakers included Juanita Mah, a programmer working for Lantian Software, and representatives from Microsoft (Claudia Galvan), Broyhill Asset Management (Andrea Sefler) and HP, Inc (Sofia Marquez and Aja Hartman).

Prior to the STEM fair, WOMBAT Club held two meetings this academic year. The first meeting was a presentation by Betty Kayton, who overcame a vision disability to work as a CFO for startup companies. The second was Eve Schooler, the principal engineer and director of research emerging architectures from Intel Corporation. 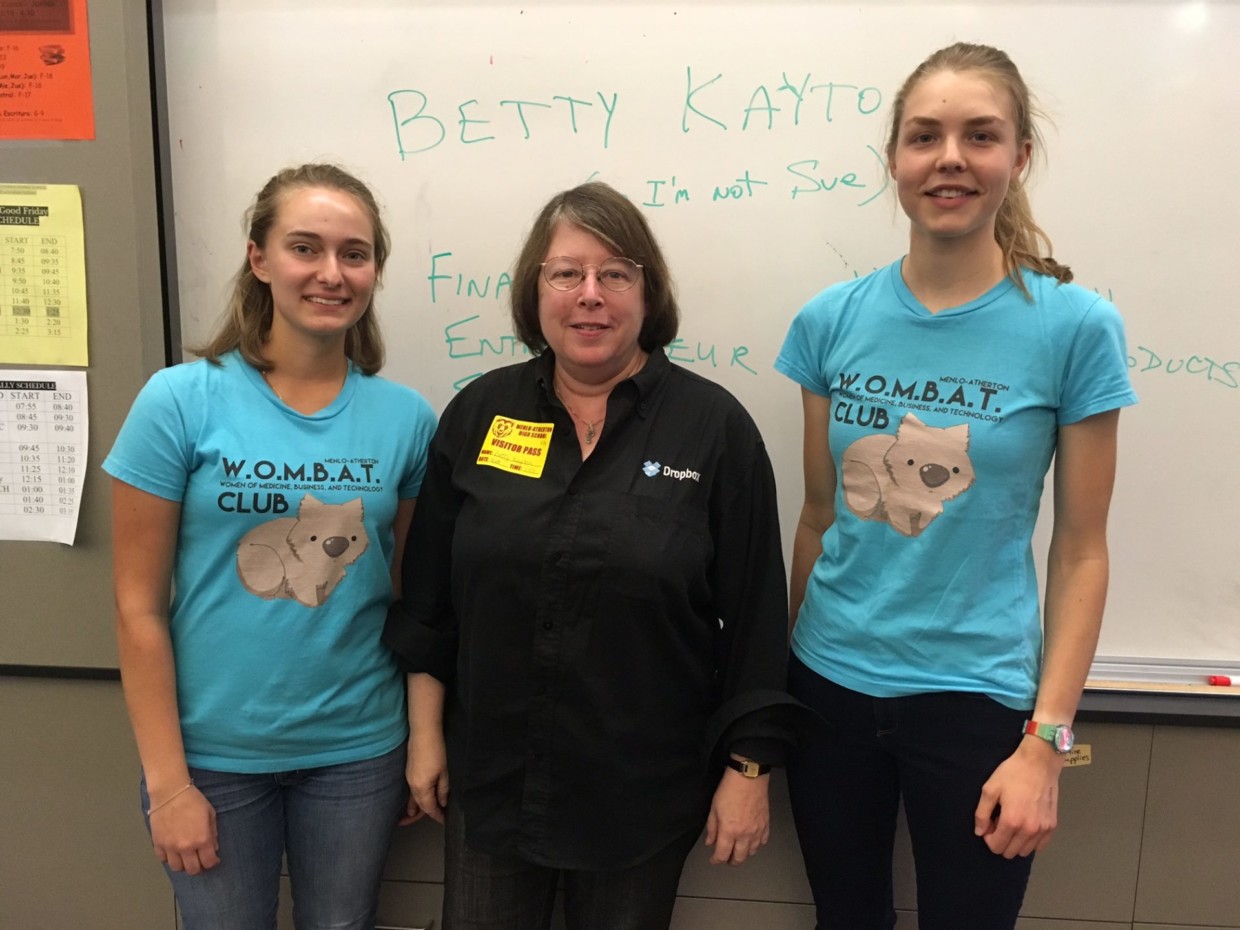 Betty Kayton spoke to the club in September 2017.

Gorey, along with co-founder Isabelle Sapountzis, began the club early in 2014 with a vision to inspire female students into medicine, business, and technology fields. “I went to the state science fair as a seventh grader, and I remember looking down the row of projects and noticing, there’s no other girls here. It was weird, that I was twelve, and there was already a gender split. I kept thinking about that. So in freshman year, I thought, let’s do something about this!”

Sapountzis has also followed her love of science. As a middle schooler, she joined robotics in spite of being the only female present. “It would make me a little sad,” says Sapountzis. “Why am I the only girl in here? Does nobody else feel comfortable enough to be in this class?” 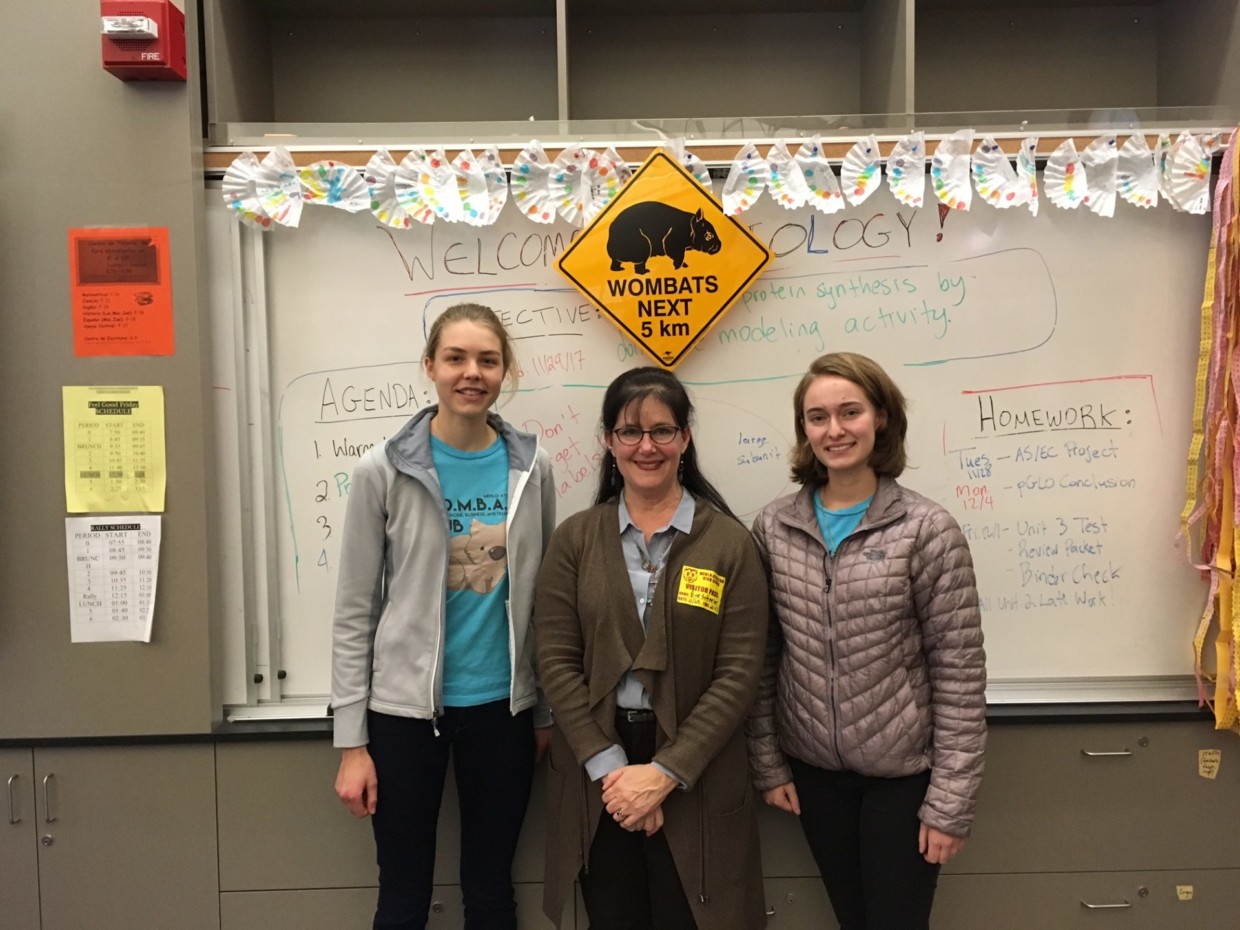 Ever since she was young, Gorey has loved the wombat animal. “I was joking around that I’d start a wombat club, because of the name,” explains Gorey. “Then I realized that it could stand for Women of Medicine, Business, and Technology.” With a name to the idea, the WOMBAT Club began.

WOMBAT Club meetings will continue this spring in Dr. Richards’ room, F13, with new speakers from different fields. Gorey and Sapountzis are also looking to continue the legacy of WOMBAT Club after they leave M-A. Freshmen and sophomores interested in a leadership role can contact the club via email at [email protected] or through their website.