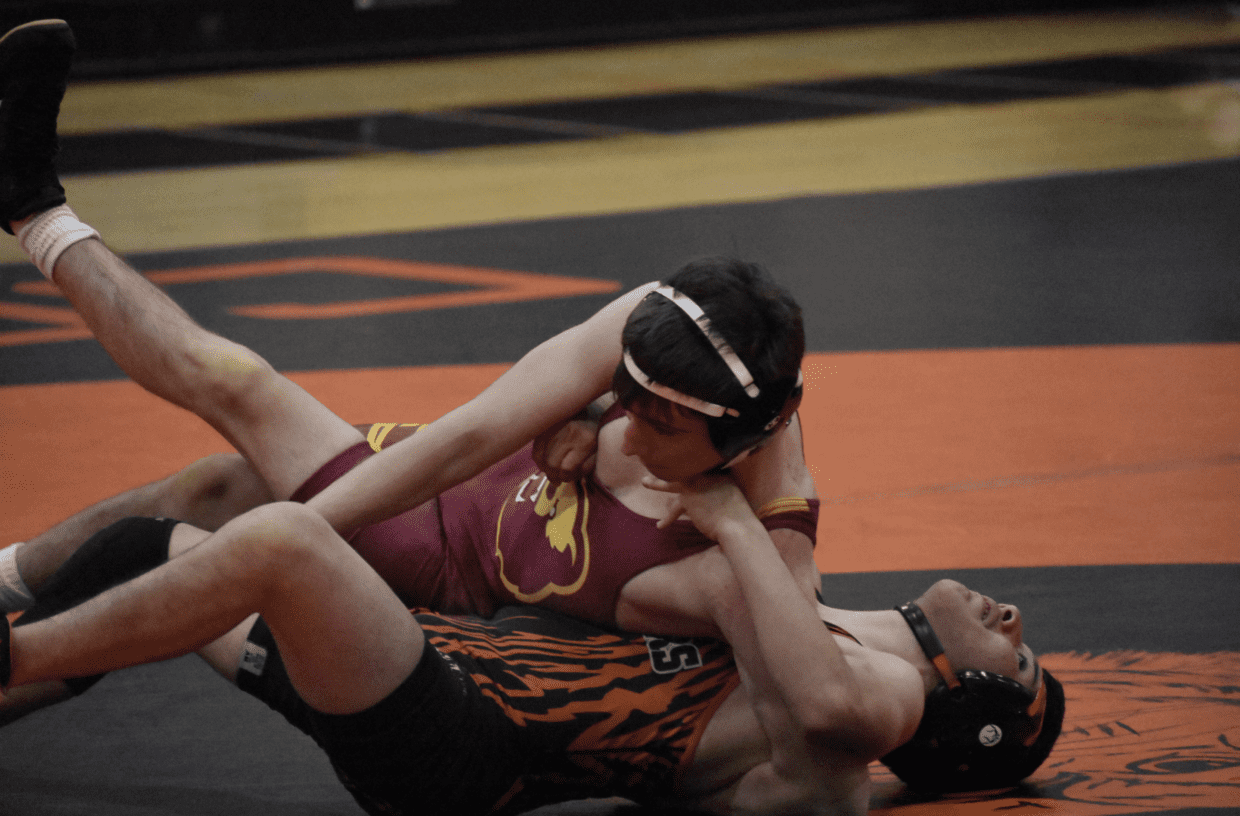 The M-A wrestling team heads into the 2018-2019 season looking to continue the success they have enjoyed in the last couple years. The boys team had an inconsistent season last year, with six wrestlers making the Central Coast Section (CCS) tournament and the rest of the team missing it.

Even though star wrestler Nico Ozden graduated last year, many others are stepping up to fill the gap. As for the girls team, they are coming off an incredible 2017/2018 season. The team won first place in the Peninsula Athletic League (PAL) league, with many wrestlers making it to the statewide tournament. They capped off last season finishing as the fourth best wrestling team in all of California. The team has kept most of its wrestlers, setting them up for success this season. This season, Phil Hoang will be coaching the girls team and Charles Washington will be coaching the boys team.

“This year, as a team feels more bonded, and they are really working hard, which is a nice change of pace, our work ethic is going to be how our team finds some success,” explains senior wrestler Josh Meyers. Some years in the past, the boys team has had a talented roster, yet have still been inconsistent due to lack of work ethic. However, this season feels much different for many on the team with Washington as their new coach.

“We have a new coach who is very passionate about team comradery and intensity in the room,” Meyers stated. Between players stepping up to fill in for Ozden and a new coach who brings intensity to the team, the boys team feels very prepared to have a productive season. The biggest challenge for the boys this season in league will be with Burlingame High School and overall challenge will be with Gilroy High School, who have been dominant the last couple seasons.

“We care about our own wrestling as much as our teammates’ wrestling which helps each girl become better than other teams,” girls varsity captain, Lauren McDonnell, stated when addressing how the team finds success.

Not only does the team have success from this, but it also has phenomenal coaches that support the team and put in a ton of hours each week for practices and games. The combination of impeccable chemistry within the team and passionate coaches was a recipe for success in past years and will continue to be this upcoming year.

The team will face its biggest challenge in league against Terra Nova High School and Selma High School in state competition. Although these are tough competitors, each and every person on the team believes that this season will be one of the most successful ever due to the fact that everyone is working incredibly hard going into the season. According to McDonnell, even girls that are new to the team are working very hard to prepare for the season; “girls new to the sport are picking up moves very quickly and we are impressed by how far they have come with only four weeks of practice.”

In the 2018-2019 winter season, M-A boys soccer looks to avenge their early postseason exit from the previous year. After finishing atop the standings in PAL, the Bears were eliminated in the second round of CCS playoffs by Palo Alto. “Our Goal is to win league and CCS, simple as that,” said senior midfielder and right back Jude Carabetta-Goncalves.

The Bears’ preparation to achieve their goals has been impeded by the air quality concerns from the recent California wildfires. Carabetta-Goncalves noted, “A strength of our team is definitely the chemistry that we have with each other, making playing much more fluid.” However, with a limited practice schedule because of the unhealthy air, the process of restoring team chemistry will be a challenge.

In the early going, the team’s senior core will be relied upon against tough out of league opponents such as Palo Alto and Los Altos. Returning seniors Brandon Ortega, Axel Valle, Kalani Napoleon, and Carabetta-Goncalves will lead the Bears in the upcoming Homestead Tournament, which will be key in eventual CCS seeding.

Head coach Leonid Krupnik affirmed the team’s goal of “winning the league and going as far as we can in the playoffs.” He added, “Every game is important. Obviously we want to win every game, but winning all the local rivalries (Woodside and Sequoia) is extra special.” The Bears will begin their quest for redemption with an anticipated out of conference matchup with North Monterey County on December 1.

Like the boys, the girls varsity Bears will rely on a solid senior core and established team chemistry to be the formula for success this season. “All of our seniors have either played with each other in the past as far as middle school, [but also] on JV together our freshman year,” said left center defender Katie Thurston.

Senior midfielder Yara Gomez described the traits that have formed their chemistry as “communication, encouragement, […] and being supportive.” Additionally, Gomez expressed that, “[team] success isn’t defined by winning or losing[…] Showing improvement and giving our best effort at all times are our expectations, and will get us to where we want to be.”

The Bears understand that advancing deep into the postseason will not be easy in the highly competitive CCS. Thurston elaborated, “Our goal is to win league [… and] go to CCS, hopefully in the Open Division, and win a game. We can expect to do well this season, but that all depends on the attitudes of each player.” Gomez added that winning non-conference games will be critical, especially against opponents who the Bears could likely meet in CCS playoffs.