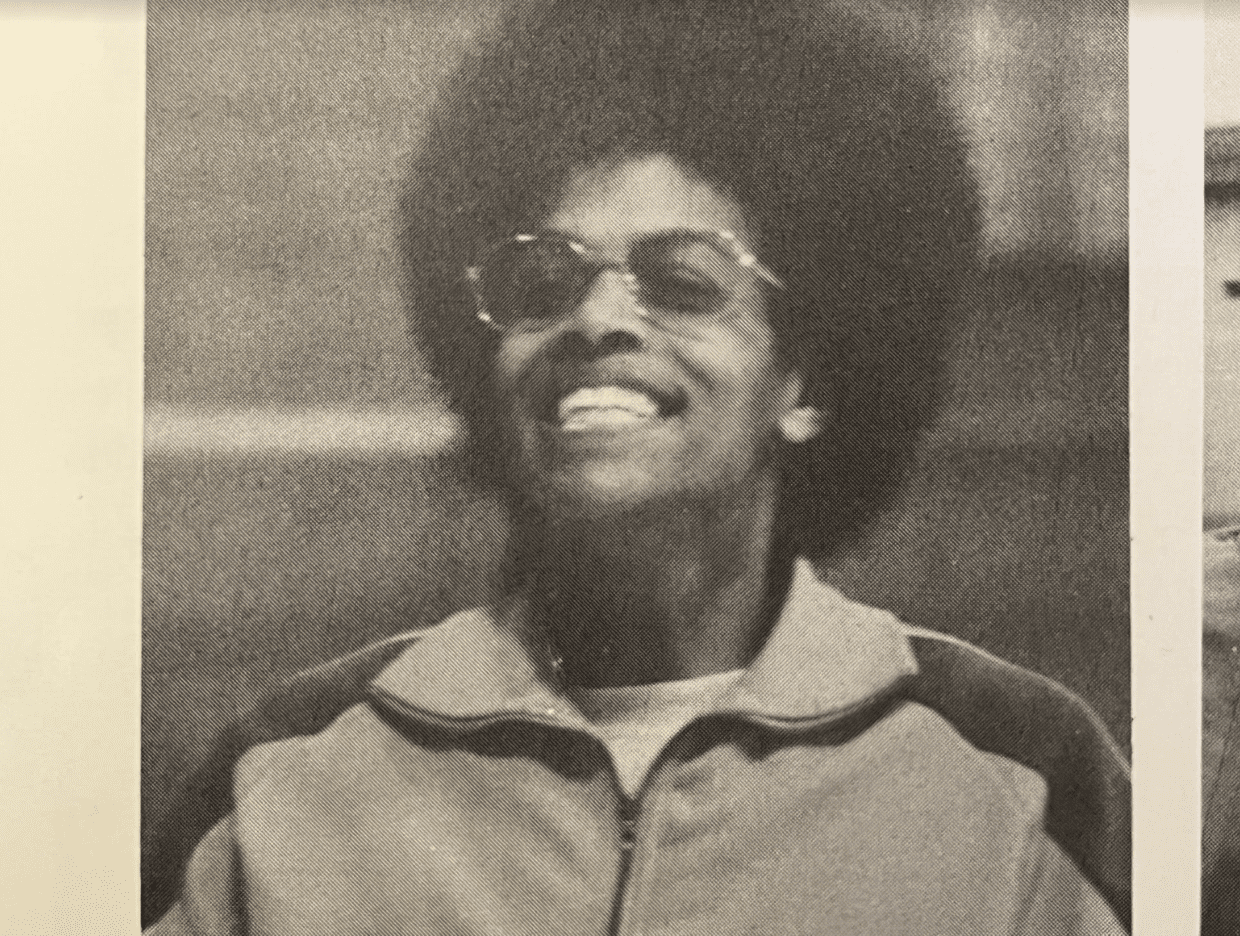 An icon of M-A’s campus, Pam Wimberly has spent fifty-four years teaching, coaching, and leading three generations of Bears. Wimberly grew up in a military family, moving all around the world in the early years of her life. She crossed the Berlin Wall, graduated high school during the era of Martin Luther King Jr, and experienced race riots. On her very first day at M-A, there was a race riot that involved hundreds of students and necessitated calling in the National Guard. Due to her decades of experience in our community and her unique life experiences, we sat down with Wimberly to ask her some questions about her life and her views on M-A’s past, present, and future.

(Here is our in-depth profile of Ms. Wimberly.)

What was your life like before coming to M-A? Can you recall any special childhood memories?

Every couple of years, we were going somewhere else. From Atlantic City, to Okinawa, back to Atlantic City, to Fort Devens, Massachusetts, then to Germany, and then to Fort Holabird, Maryland. Through all that, I would always be playing softball or baseball with my brothers.

I remember seeing the Berlin Wall before it came down, and actually traveling into East Germany by train to visit there. I remember that the East Germans came on the train with their guns drawn, making sure that we kids who were visiting weren’t coming in with the wrong stuff. We were cleared, and we went to some burial grounds, and we saw the city that was on the border. I do want to someday go back to Germany and see the Rhine River, where I grew up for many years.

I guess you could say I had a happy childhood. My dad and my mom took good care of the four of us kids. I’m the one that moved West and left them all behind. I graduated from Morgan State University, which is a historically Black college. The way I got here was that they were recruiting Black teachers throughout the south to come to the Sequoia Union High School District to teach.

Those are some of my memories!

How would you say M-A has changed through the years?

When I arrived, there was no girls’ athletic program. And, they had what was called tracking, where students could go into business, academics, or another track. They were training people to actually be secretaries and accountants. We also had a home-ec room, where people were learning to sew and cook.

We weren’t as diverse as we are nowadays. It was mostly white students and a lot of Black students. We had some Spanish students, but there weren’t students who didn’t understand English; they spoke English very well. No Pacific Islanders, and very few Asian students. I’ve seen change in the diversity of our campus over the years. Now, our school has been ranked as one of the top schools academically a few times, and that shows that we have grown. Overall, there have been lots of changes, and, I think, lots of changes for the good.

What are some things at M-A that still need improvement?

I think one area M-A must improve on, and I think the District can improve on, is hiring more teachers of color. I think that gives students a sense that, ‘I can take a role like that in my lifetime, too.’ Also, students will have role models and people that can help them through life because they’ve been through the same things.

Another thing we need to improve on is making sure that everybody’s included. Some of our students arrive without all of the tools that they need. We need some kind of way to make sure that they get their education, because the next step is that they leave home, get out into the workforce, and go on to college. We need to be making sure that pathway is there, but I think M-A is doing a good job in trying to do that.

Is there a reason that you’ve stayed at M-A for so long?

Number one: I enjoy teaching, especially teaching freshmen. I’ve taught all across the board, but my enjoyment is to teach the freshmen. And, I really like being at M-A—as a teacher, as the athletic director for twenty-something years, as department chair for probably thirty-something years. I coached basketball for forty-two years. The environment at M-A is great. The people I work with are terrific people, especially the people in my department. I hired them all! They’re great people, they do the job, and they enjoy teaching kids. I think that we’re a very good school; we’re still learning, we’re still working on improving things for everybody. We’ve got a beautiful campus, but we have to work on what’s inside the campus. Everything’s not always going to be hunky-dory. But, for me, this is my second home. Menlo-Atherton High School. I work here five days per week, or, when I was Athletic Director, six days per week. I just want to give back to the community. I enjoy teaching kids, and that’s what it’s all about. I think that’s why I’ve kind of hung around. But, my kids tell me it’s about time to go.

Do you know how much longer you’ll stay with us at M-A?

Not really. I make a decision every year in January or February, you know, about whether I’ll go on or not. It’s probably almost time.

What is a highlight from your time at M-A?

The highlight would be taking my girls basketball teams to Canada. We went up there five times. The first time we went was in 1991, and we didn’t know what that great big tournament was all about. A lot of those people that I took up there in those five years had never flown. And so it was an experience to get on the plane and take off and watch them gripping their seats! The varsity girls won their championships, and we also came back with the Sportsmanship Award which I was quite startled about. 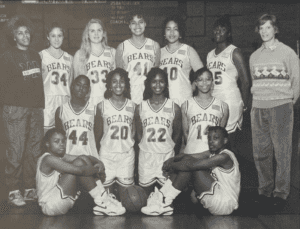 If you could speak to your younger self, what would you tell her?

Thank you for supporting me through all these years.