Why Bullying Culture Thrives at M-A

We continue to see M-A polarized based on race and socioeconomic status; students are not only divided in the classes they decide to take, but they socialize in different areas of the school. Though the tension is declining as the weather cools, the strain between the students and staff still exists surrounding the issue of dress code. Though these events may seem unrelated, they are both examples of the way the M-A community talks about different people and allows them to be treated and judged.

Walking down the halls at M-A, you won’t typically see students getting beat up or thrown in a locker, or a group of students shouting insults as another student passes. M-A is the type of school whose teen angst thrives in the snarky comments between friends and acquaintances. The problem with M-A is that neither the students nor the staff realize the way in which they are perpetuating a bullying culture, and therefore preventing the situation from being amended.

The M-A campus has become a place where it is acceptable to group and judge other students by race, socioeconomic status, the type of classes they take, the colleges they get into, the sports they play, or the way they dress. This creates a problem because these categorizations are used to determine how each person should be treated. M-A students don’t tend to resort to violence or public verbal abuse, but instead resort to exclusivity, and frequently, elitism. This trend tends to present itself in the type of jokes you hear around campus: jokes about the g-wing, jokes about the softball team, jokes about the students who take classes that are too easy, or jokes about the girls who get dress-coded. It creates an environment that perpetuates those stereotypes, and encourages students to define themselves by those judgements.

The M-A administration and staff contribute to this atmosphere that supports the categorization of students. The dress code creates an environment where staff members are encouraged to judge girls on their choice of clothing. The results have been noted time and time again as security guards, who are supposed to be there to make students feel safe, have called girls “hoochie mamas” or “sluts,” which in no way stimulates a healthy learning environment.

M-A staff and students do not recognize these side-comments as a form of bullying. The only defense is that the students essentially “asked for it,” by not dressing within the bounds of the dress code, a defense commonly associated with the developing rape culture. The administration perpetuates the idea that a student’s appearance should define how they deserve to be treated.

The first step to changing this atmosphere is to acknowledge that it exists, and identify the things that help it thrive. We need to stop perpetuating stigmas or images assigned to people or activities that they can’t escape from. Though it is not a problem unique to M-A, we need to stop preserving the bullying culture that has been created. M-A needs to make a conscious effort toward change that is supported by the staff and administrators. 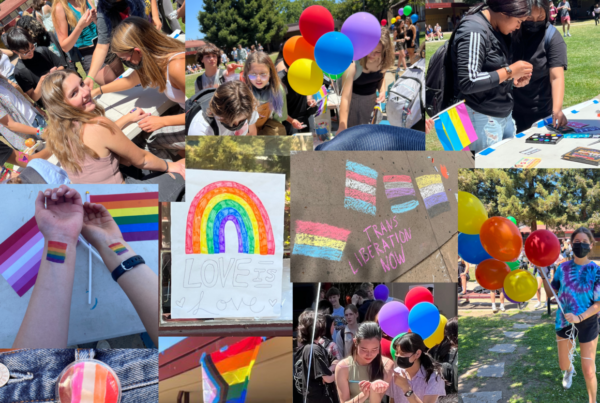