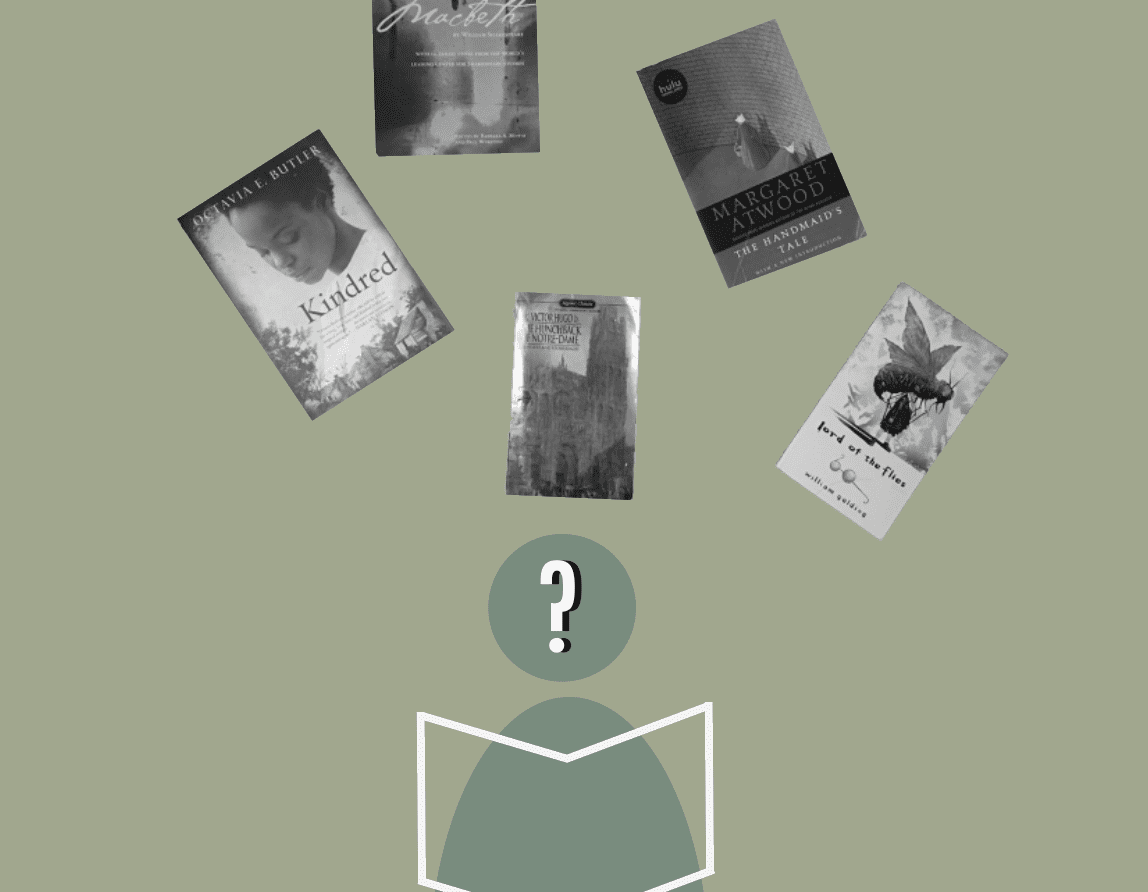 Editor’s Note: The following article is from an upcoming issue of our print magazine, The Mark.

According to M-A English teacher Lara Gill, the need to combine the two ninth grade English classes, English I and Advanced Standing (AS) English I, became clear at an open house for eighth grade parents.

“It hurt my heart to such a profound level at how much anxiety and stress this [decision between English classes] was causing students and their families, when the reality is that there’s no GPA incentive for taking an honors class in their freshman year,” she said.

According to Gill, the new class will teach texts from AS English I, and the option to take AS English II will still be available to sophomores. Vice Principal Karl Losekoot said that the change to only offering one level of freshman English, support classes notwithstanding, will likely occur beginning in the 2021-2022 school year. M-A is combining these classes to combat the effects of academic ‘tracking,’ a term used to describe the separation of honors and non-honors classes throughout high school. While intended to challenge students with higher academic skills, critics of tracking argue that it ultimately separates students of different socioeconomic and racial backgrounds.

Formerly the two ninth grade English classes emerged to account for a discrepancy in skills between students. Now, students report that the English classes reflect the middle school a student came from–whether it be one in Menlo Park and Atherton, or one in East Palo Alto and Belle Haven. Sophomore Ella Dauskardt started her freshman year in English I and switched to AS I, stating it was “super obvious” that most students came from Hillview or La Entrada Middle School in the advanced class.

Demographic data comparing AS I to English I showed that 89% of students in AS I came from Hillview or La Entrada Middle School. In contrast, students from Ravenswood Middle School made up 5% of those taking AS I.

Academic tracking is a phenomenon that has been widely studied in K-12 education. Throughout the US, feeder schools serving Black and brown neighborhoods tend to have less funding and fewer resources than those serving white neighborhoods, as a result of redlining housing practices. Students from well-funded feeder schools are placed in honors high school classes, while those from poorly funded feeder schools often have not had the opportunity to prepare for honors-level courses. This trend holds true locally; it is the reason why, at a school as diverse as M-A, many students spend most of their class time surrounded by people from their same neighborhoods, socioeconomic backgrounds, and demographic groups.

Gill stated, “I cannot control the fact that I have students who have never had an English teacher in middle school that stayed more than a couple months. I can’t control that they’re going to have a different educational experience in a student who has a tenured teacher for three years straight, but what I can control is the access and the opportunity that I give them at M-A. Honoring the complexity of their intellect, but then giving them supports within it so that they can have those high level conversations, is our goal.”

To address the division among students from different middle schools, M-A has detracked several other classes. For one, the school united all biology students in a common class and then offered an ‘Advanced Biology’ option within the class which requires a different grading scale and supplementary projects. Similarly, M-A does not offer AP Government or AP Economics, standard courses at many high schools, instead choosing for all seniors to take the grade-level class–save for those who take these classes at an online school outside of M-A.

Attempts to break the pattern of academic tracking by placing students from underserved districts in honors classes has proven how pervasive the problem is.

Gill stated, “What we have noticed historically in our department is that we can get students from a variety of different schools interested in taking AS English I, but then they do not continue in AS English II–something happens.”

Losekoot continued, “We understand from students of color who take AS and AP classes that one of the biggest challenges is feeling isolated in an environment where they do not know other students and feel different than the rest of the students in the class.”

According to Gill, the skill levels between AS and regular English classes at the ninth grade level have come closer together in recent years. “We’ve had experiences where we’ve given the same assignment, brought in the students samples, and realized that the disparity in skills is not nearly to the level that people assumed that it was,” Gill said, adding, “the skill focus [between AS and English I] is almost identical.”

Sherinda Bryant, an English I teacher, elaborated, “The fact of the matter is, there are some students in AS that are struggling to meet the standards. I do get some [students] that come down from AS. I think, what does that do to that student’s motivation and confidence, if they were placed in the higher class and they couldn’t meet the standards or needed some more work, and they had to come back down to English I? I worry about those students.”

The Atlantic article “The Upside to Academic Tracking” explains that not only is the curriculum important to consider when comparing advanced and regular classes, but the attitude of the classroom can shape a student’s perception of their own ability. Since less is demanded, typically students in regular classes can be apathetic towards classwork. In turn, this can be internalized and students may feel like they are not equipped to take advanced classes. Additionally, teachers of regular classes may overlook potentially high achieving students and not challenge them to reach their full potential.

Dauskardt stated, “I think the learning level from regular to AS English is very different. Although AS English was very challenging for me, it provided me with many skills that have helped me [in AS 2].”

When asked if next year’s English I class will be more rigorous than this year’s, making it harder for a student struggling in English I to pass, Bryant said, “I anticipate that we are going to be moving to standards-based grading. Grades now become trying a standard a few times until you get it right, and that’s real learning to me anyways. Not that you just can crank it out, but you see a mistake and you fix it. That levels the playing field a bit.”

Racheal Wan, who teaches AS English I and English I added that resources like the writing center are also available to help students with English; their success is not dependent on class time alone.

David Babington, an English teacher at Hillview Middle School said, “It’s the right thing to do. It’s going to provide opportunities to a lot of kids who need that opportunity. The kids who traditionally go to AS English are not going to be harmed by it.”

Losekoot stated, “We view this change as helping us address a number of challenges at M-A. How do we help the students who come to M-A from a variety of different communities come together and form an M-A community? How do we address systems that perpetuate inequality? How do we provide appropriate rigor to all students? How do we increase access to our AS and AP classes in the sophomore, junior, and senior years?”

“M-A carries a stereotype that it serves one community more so than the other. Many educators are trying to disrupt that. One way we do that is by addressing the curriculum and the classes that we offer. This is an intentional move to create a more diverse and supportive environment and mental aptitude. I asked students, and I don’t think that too many of them are going to be upset about that. So I think that we’re moving in the right direction for us to live up to our motto,” said Bryant.