What Does Critical Race Theory Look Like at M-A?

Since the beginning of 2021, there have been over 128 bills proposed in states across the country that aim to restrict what can be taught in public schools. Most bills limit the discussion of race, America’s history of slavery, or anything that could be considered Critical Race Theory (CRT).

CRT says that race is a “social construct.” According to Britannica, one of the main stances of CRT is that oppressors, mainly white people, created the construct of “race” in order to justify the enslavement and mistreatment of other, darker-skinned individuals. CRT also asserts that racism is part of a centuries-old system that benefits white people, often without them being aware of it. As a result, it maintains that, because racism is so embedded in our society, it is not something we can avoid by simply “not being racist.”

However, CRT is frequently misused to describe any acknowledgment of white privilege, or any telling of history that frames slavery as central to American identity. U.S. History and Gender Studies teacher Anne Olson said, “Part of the discussion about Critical Race Theory is a confusion of what it actually is. We certainly have discussions about race in school, but Critical Race Theory is a deep intellectual study that focuses on the intersection of the study of race and the legal field to fight for social justice.” According to the Stanford Encyclopedia of Philosophy, CRT draws heavily from philosophical fields rarely studied outside of universities, like phenomenology, post-structuralism, and psychoanalysis, among others. So while M-A doesn’t technically teach this specific legal theory, many classes teach what people commonly consider to be CRT, such as discussions on racial identity and privilege. 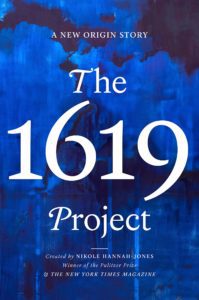 On a national level, CRT’s role in public school education has come under scrutiny. Most states have already banned CRT, and a majority of those that haven’t had already introduced bills to do so. As an example, Maryland’s legislature is currently debating HB1256, which would ban public schools from teaching CRT, The 1619 Project, or any other “anti-American and anti-racist theories.” Texas Lt. Governor Dan Patrick has even proposed banning CRT in all Texas colleges and universities, not just public secondary schools.

One of the many things that people are calling CRT, The 1619 Project, aims to reframe America’s history in a way that centers on the enslavement of Black people as the foundation of the nation. Shortly after it was published by Nikole Hannah-Jones, the Chicago Public School District implemented The 1619 Project into their curriculum with the aim to “help reframe the institution of slavery, and how we’re still influenced by it today.” The 1619 Project is introduced at M-A in various history courses. 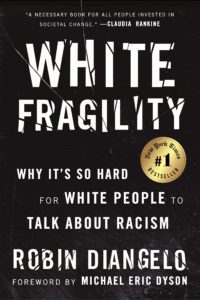 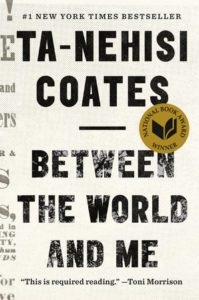 Various M-A classes, including US History classes, AP Language & Composition, Ethnic Studies, Gender Studies, and AP Art History teach content that could potentially be deemed CRT. In AP Language & Composition, for example, works by authors Robin DiAngelo and Ibram X. Kendi are taught. DiAngelo, in her book White Fragility, argues that white people find it difficult to talk about race because they want to disassociate from the advantages it brings to them. She also claims nearly all white people are complicit in racist systems that are designed to to advantage themselves. Kendi corroborates this viewpoint, stating that people are either “racist or anti-racist.” If a person makes no effort to fight racism, they are automatically “racist.” AP Language & Composition teacher and Journalism advisor John McBlair said, “Because these authors are so often argued about, it’s important for my students to have first-hand knowledge of these positions beyond the caricature they’ll see in many places.” Furthermore, he mentioned that he “tries to stress that many antiracist authors disagree with each other too” and that the “authors should be thoughtfully considered, not taken as dogma.”

Moreover, the new freshman Ethnic Studies course introduces content that pulls aspects from CRT. Ethnic Studies teacher Mallory Byrne said, “Most Ethnic Studies students have learned about the history of the social construction of race and accompanying vocabulary to be equipped for discussions.” In addition, Byrne mentioned that in a future lesson for her Ethnic Studies class, “[Students] will investigate different forms of power and oppression, how they show up in our lives, and how to create a more just society.”

AP Art History teacher Liane Strub explained that her class is “divided into seven different groups,” and “students have to explain their assigned theory to the class, as well as do an analysis of the piece(s) through that theory.” Two paintings analyzed by students this year were the Slave Ship and Spaniard and Indian Produce a Mestizo, which both depict historical racial injustices. 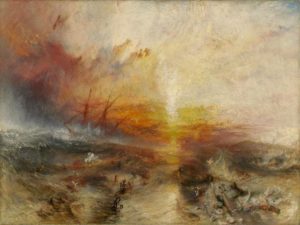 The Slave Ship by J.M.W. Turner 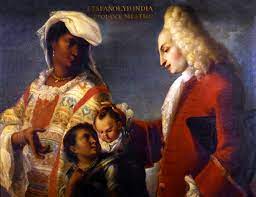 With all this content being introduced to students, many have strong opinions on the way race is discussed at M-A, as well as in the broader community. Junior Mezzy Epidendio said, “It’s important to learn about CRT in school because a lot of people might not understand how intersectionality [the acknowledgment that everyone has their own unique experiences of discrimination and oppression] affects the world.” She added,“it’s a very important understanding to have when entering a career, specifically in politics.”

Another student, freshman Aditya Kudaravalli said that “[in Ethnic Studies] CRT has allowed us to learn about underrepresented groups and made history class not so Eurocentric.” He added that “the effects of CRT can be seen in our own neighborhoods due to processes like redlining.”

Other students disagreed. One anonymous student said, “CRT has done a disservice to an objective viewpoint on American politics by overcompensating the arguments of one side.” When asked more specifically about CRT’s presence at M-A, the student shared, “[students] get indoctrinated with a radically progressive view of race for long periods of time in English and History.”

No matter what the situation, it’s clear that M-A teaches material that is, at the very least, closely comparable to the ideals of CRT. M-A will continue to encourage students to reckon with nontraditional perspectives and lenses, despite the legislative push to ban the “subversive” CRT in schools.