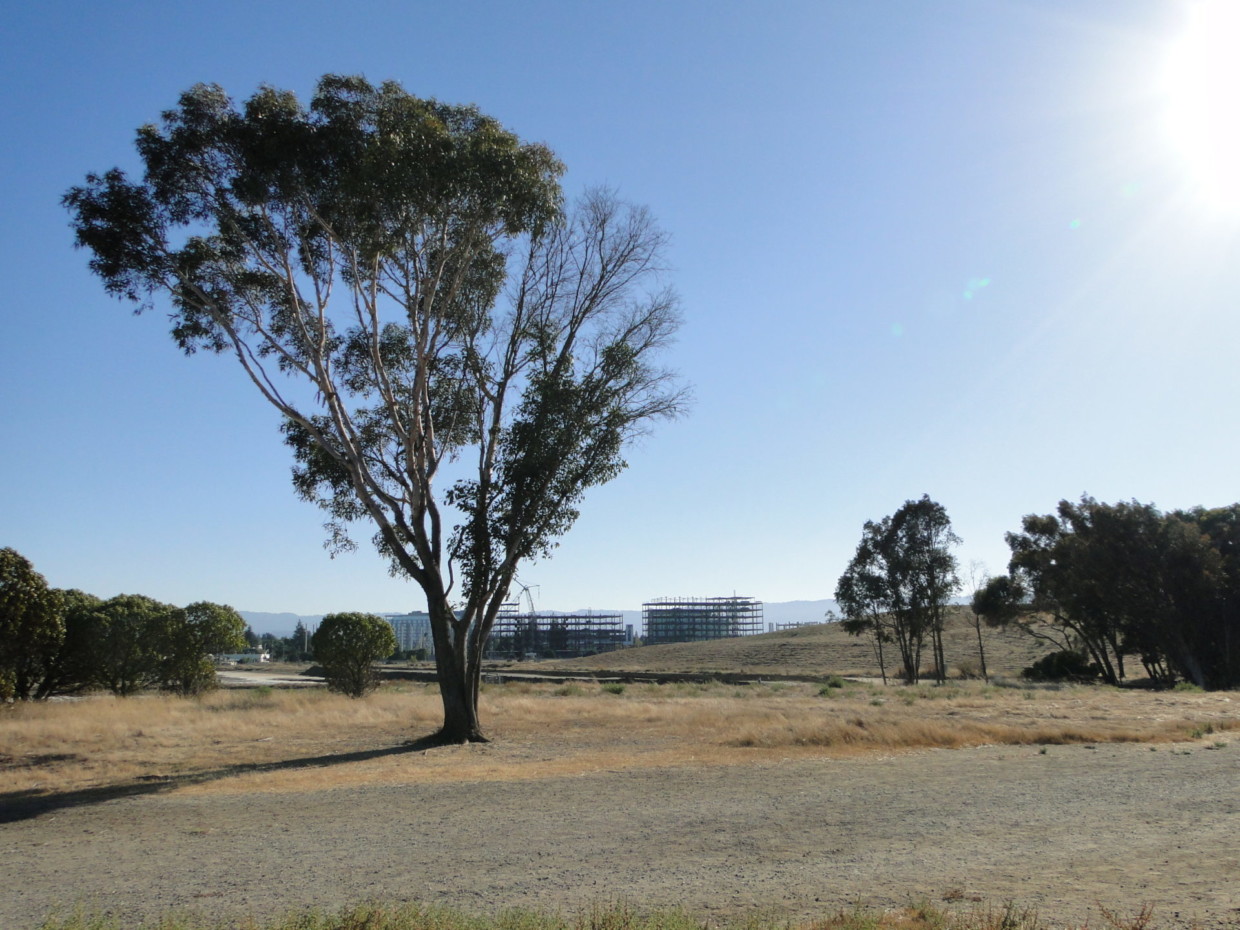 Weekend Wayfarer: a Diamond in the Rough

The Bedwell Bayfront Park offers a casual walk, and its relative proximity makes it a convenient option for hikers in the Menlo Park/Redwood City area. Nonetheless, the park is an enigma.

Despite being located directly on the bay, it is one of the driest pieces of land I have walked on. There is practically no tree cover. The paths are caked in a heavy, lightish brown dust that California hikers know all too well. When the occasional breeze passes through, an almost oppressive layer of it invariably ends up in your face. 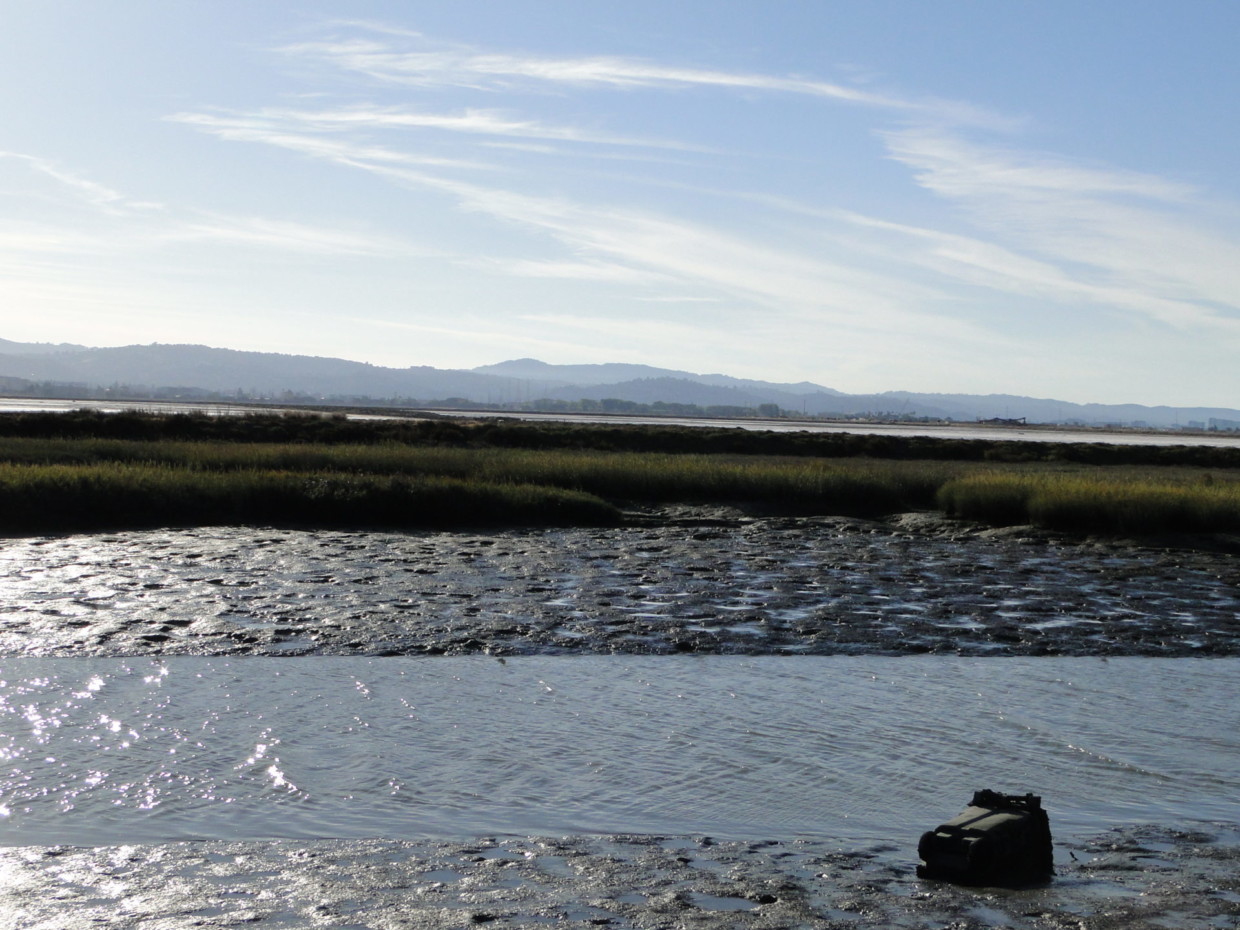 Among the high grasses and the occasional tree, the Bedwell Bayfront Park appears to be littered with the trash of some past construction site. As a former salt evaporation pond and landfill, the park is unique in its less-than natural past. Before its closing in 1984, the Marsh Road Landfill housed over 5 million tons of trash. Bordered on three sides by swampland, and on one by highway 101, the park feels somewhat out of place. The rolling hills of the park, built on the trash of two decades of Silicon Valley residents looks decidedly awkward against the almost impossibly flat surrounding wetland 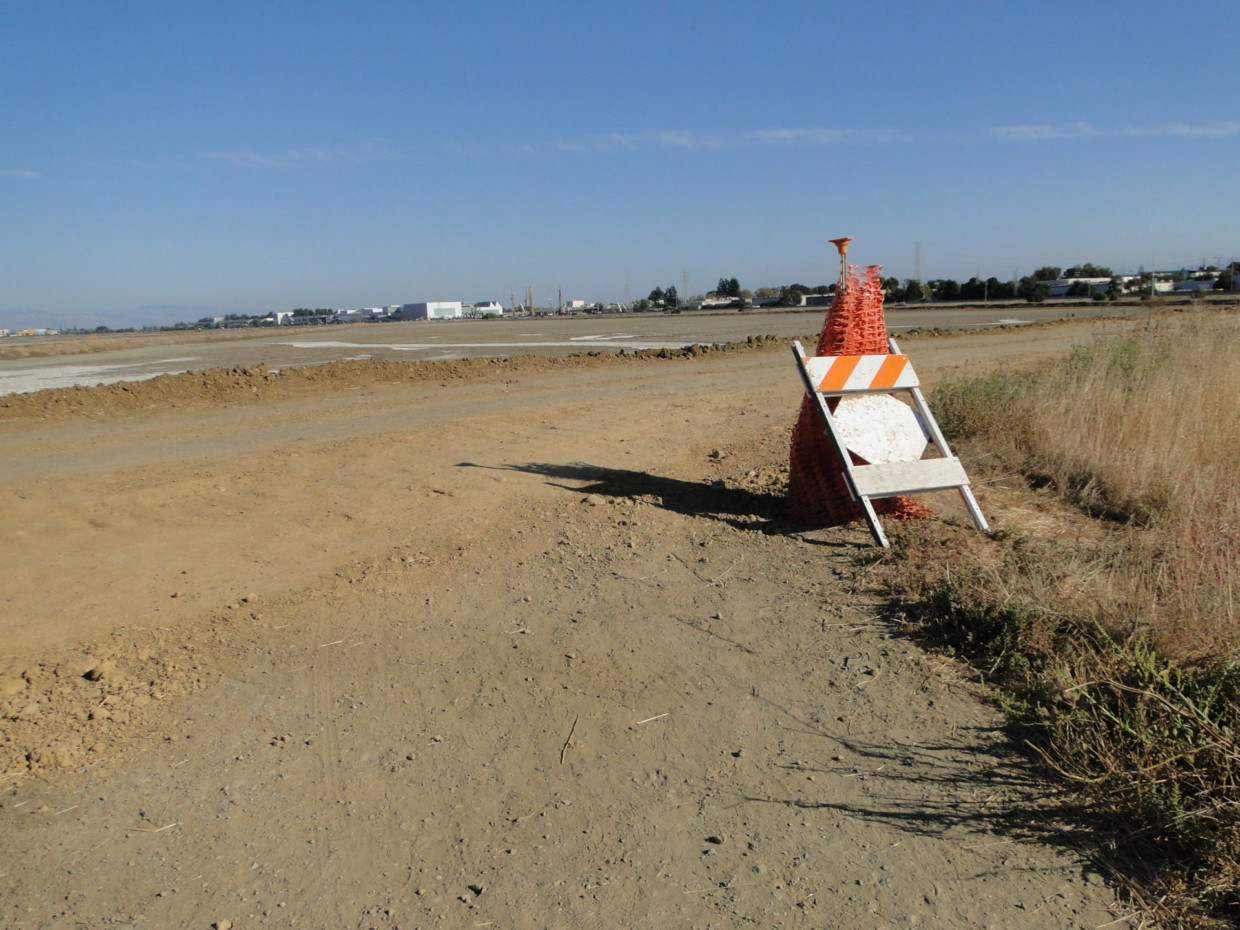 . So why go? Because, in its awkwardness, there is beauty. Almost reminiscent of an alien planet, the park feels otherworldly in its stillness. Aside from the low hum of cars on the 101, the rustling of the dried-out grasses, and the calling of the occasional flock of birds overhead, the park is silent. The low ridges dispersed throughout the property are a pleasure to walk through. There is a certain sense of orderliness about it, adding to the overall sense of peace I felt when I walked through the park. The open blue sky complements the waves of pale-green grasses that blanket the entire property. Standing on the bay, with a clear view of as far as Mount Hamilton to the Southeast, is stunning. 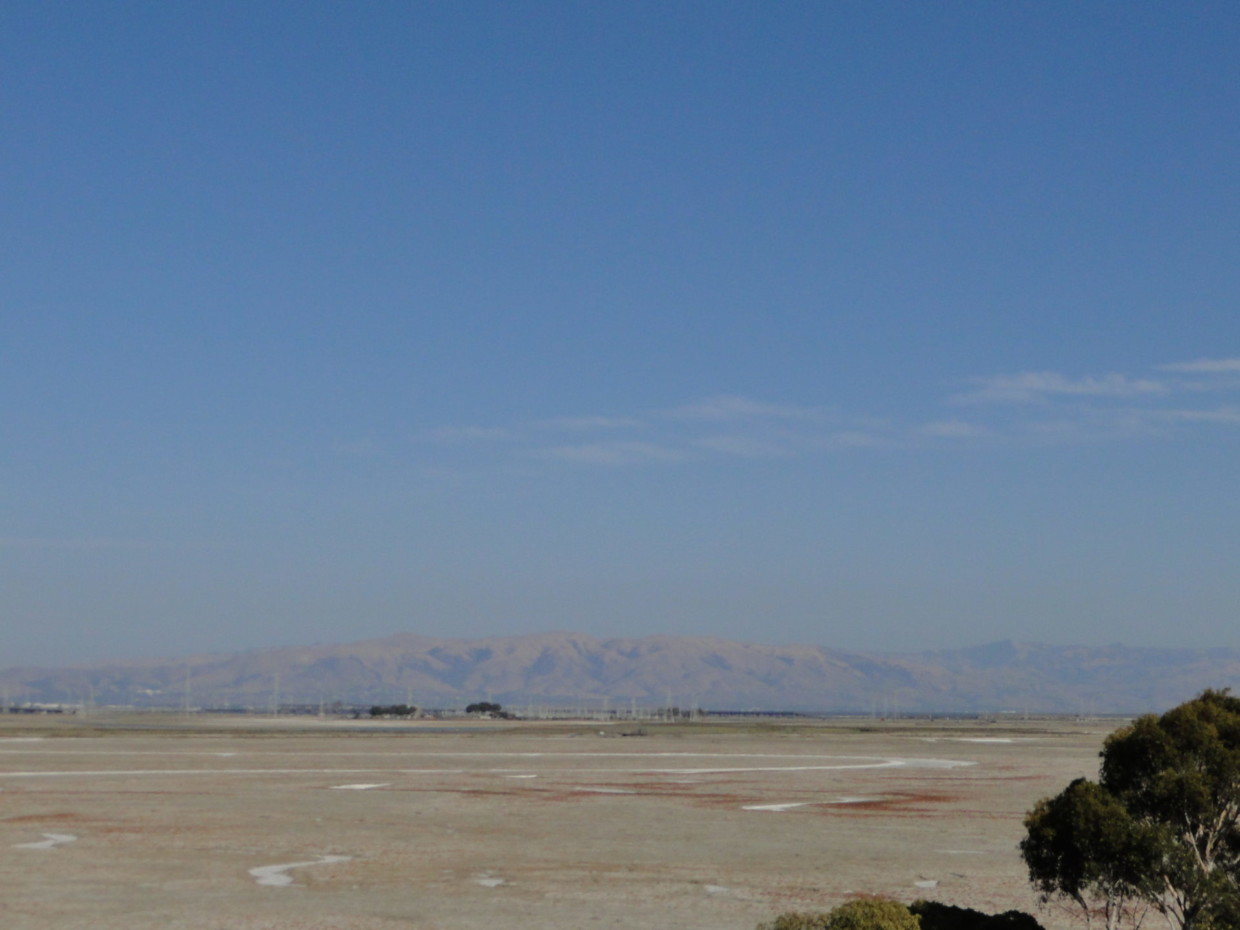 Hills on the other side of the bay.

The park offers a glimpse into the natural bird population in the area. On my hike, I had the pleasure of seeing several flocks of Canada Geese, along with a group of Sandpipers. Canada Geese, who are year-round residents of the park, are constantly either flying overhead or squawking at each other with what I can only describe as a raspy honk. Along with being a nice addition to the general ambient noise, the Canada Goose’s imposing presence (adult males can reach nearly 20 pounds) is a constant reminder of just how close the park is to the bay. Another characteristically coastal bird, the Sandpiper, was out during my walk. 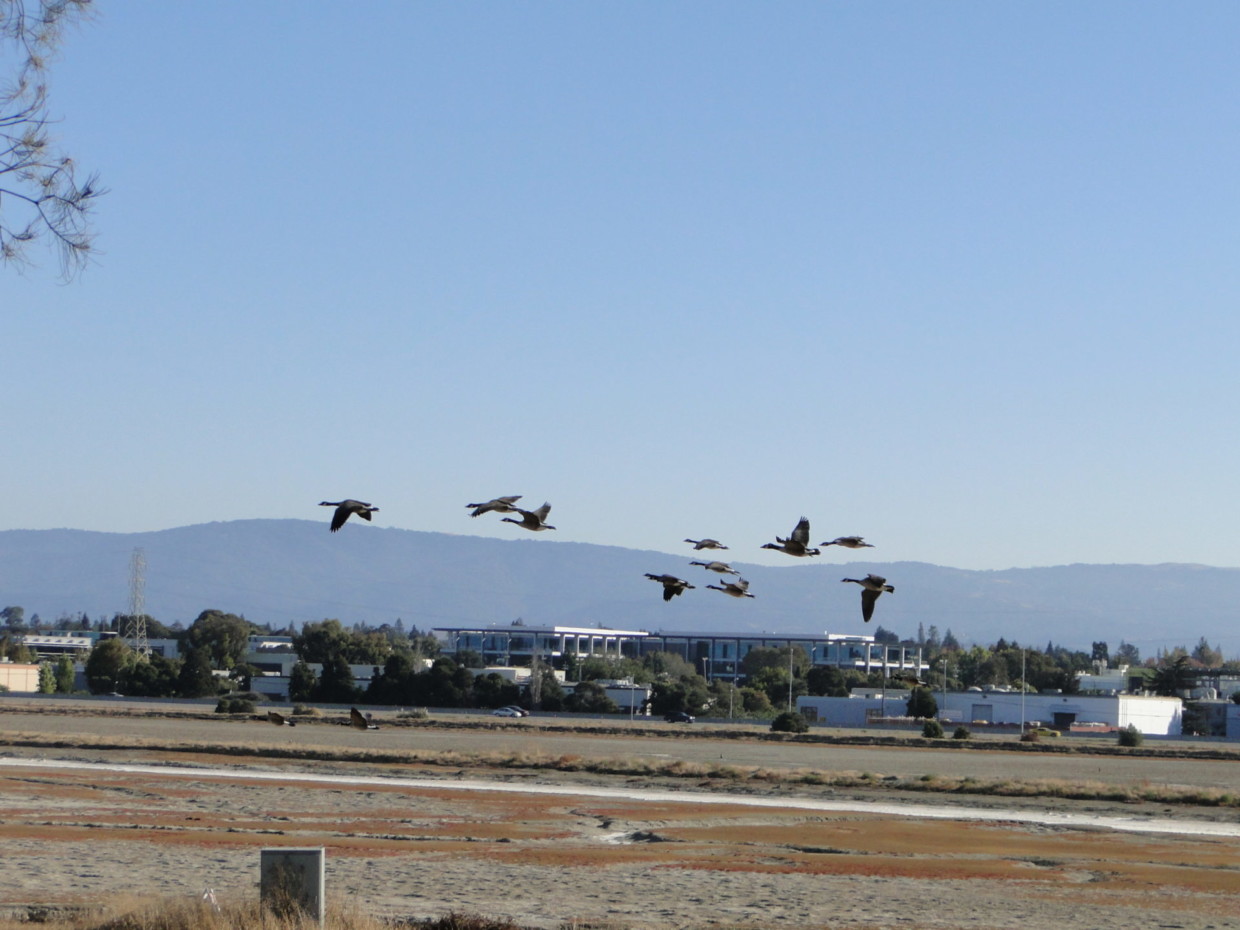 The Canada Geese in flight.

The Sandpiper, a minuscule ~two pounds when compared to the Canada Goose, is also quite common the park during the fall and winter months. While small, the Sandpiper is visually striking, with a long, fine beak, and a shock of gray fur on its back. The Bedwell Bayfront Park is home to over 30 different bird species, providing a convenient place for bird enthusiasts (and amateur birdwatchers) to see many of the species native to swampy, coastal territories. 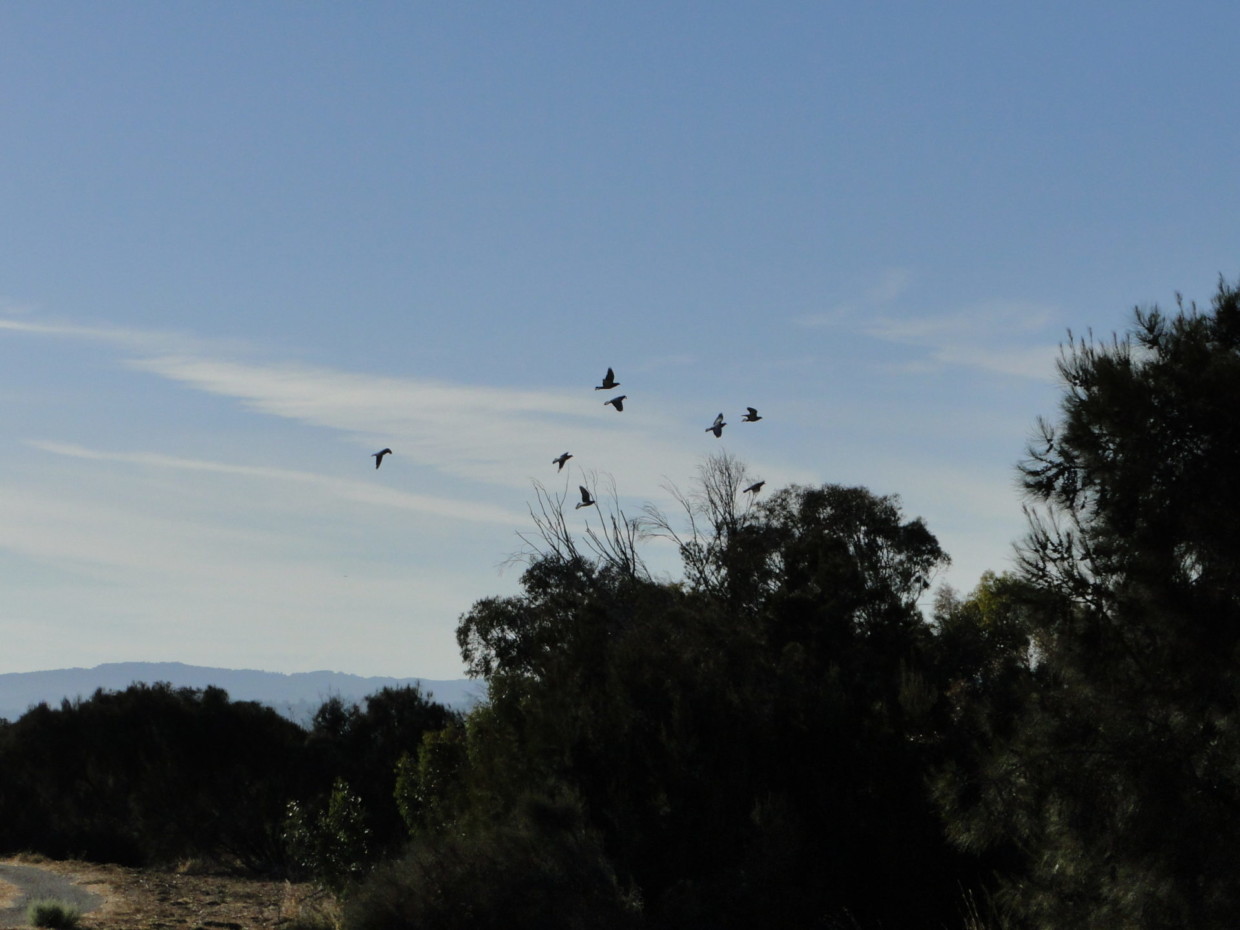 Sandpipers fly during certain seasons of the year.

The park is dog and biker-friendly, and the, albeit dusty, trails are well paved and indicated.

While the plot of land may be hilly relative to its surroundings, its crisscrossing paths are meandering up-and-downs. It offers a nice alternative to the steep uphills characteristic of many local hikes. As opposed to a Windy Hill, or a Wunderlich, Bedwell Bayfront Park is less of a workout and more of a relaxed stroll. Similarly, the longest walk entirely contained in the park is 2.3 miles, limiting maximum walking time to about an hour and a half. In this sense, the Bedwell Bayfront Park is better as the medium for a good walk and conversation, than a conventionally challenging hike.

To learn more about the park, visit its page on the City of Menlo Park’s website.