The 2015 M-A boys varsity water polo team had an overall record of 12-9 and finished with an impressive five wins and only one loss in league. The team’s one league loss came at the hands of archrival Menlo School in a hard fought battle by a score of 11-8. Despite the one tough loss, the Bears went undefeated in league with huge wins over Half Moon Bay by a score of 17-2 and Woodside by a score of 17-4. When asked about this year’s expectations, first year coach Brandon Johnson said, “Last year, the team made it to the semis and lost to Bellarmine. Our goal is to win CCS [Central Coast Section] this year.”

So far this year, the Bears have gone 6-5 overall and 2-0 in league. When asked about how the team is looking this year, Johnson responded, “The season is going well so far. We have played some really good competition and done a good job against them. We try to improve every game and I feel that we have done that so far. This year’s team is much younger and much newer to their roles.”

Some key players who lost this past year due to graduation were Jorge Pont, Christian Huhn, Mostyn Fero, and Jack Beasley. Coach Johnson spoke about this year’s key players: “Henry Marks and Hugo McMillan, amongst others, bring us some much needed senior leadership. Nik Caryotakis is our main go-to guy on both offense and defense. Chris Lobdell and Andy Maxwell are key role players. Noah Smith is our backbone in the cage.”

Caryotakis and Smith are going to have huge roles this year. Johnson said that the team will “go as far as they take us.” Underclassmen Cooper Gran and Finn Depuy represent the future of the M-A program. Johnson said, “They both bring much needed depth to our team and add a lot of value on the offensive end.” 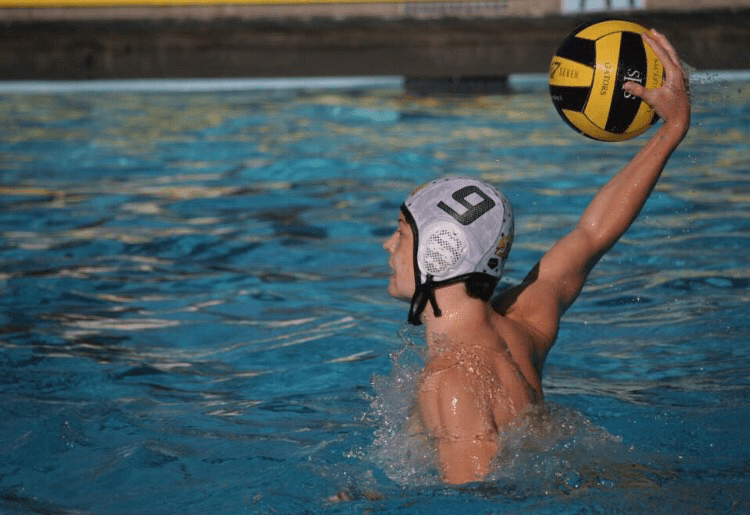 According to Johnson, defense is a key strength in this year’s team. “ My approach is more defensive. The way our team is built this year, defense is our biggest strength. We are definitely a much more defensive team than last year’s.”

Johnson also puts a high value on mental and physical toughness and instills this in every single player on varsity. “I am a big believer in being mentally tough, as well as being physically tough. Mental toughness is being able to push yourself when your are tired, or not letting your emotions get the best of you. Physical toughness is playing hard but fair. Water polo is an extremely hard sport to play. It is exhausting and there is a lot of grabbing and hitting under the water. We promote a physical style of play that is within the rules. You have to be able to wrestle for position and hold your water. It is a hard sport to play if you are not mentally and physically tough.”

Johnson has a strong supporting staff in his first year. He said, “Colin Mulcahy and Kevin Zhang are the other two coaches on staff. Kevin is the head JV coach and is in charge of preparation, conditioning, and game strategy. Colin is my assistant on varsity and he helps with JV as well. Colin brings a great offensive mind and an intensity that permeates through the team.”

Some big games to look forward to this year are on 9/21 versus league rival Menlo at home, 9/23 versus Saint Francis at home, and 10/13 versus CCS rival Bellarmine at Bellarmine.

Coach Johnson is excited about this year’s team. His advice to the M-A community is to “come out and watch [the team] play.”