According to the M-A website, there are over 70 clubs this year. One of these clubs is W.O.M.B.A.T. This career exploration club hosts successful “Women Of Medicine, Business, And Technology” to speak about their unique career paths and individual stories to interested M-A students.

Junior Kristina Gorey, the club’s president, created the W.O.M.B.A.T club freshman year with the help of Advanced Biology teacher Martha Richards and co-president junior Isabelle Sapountzis. Gorey’s passion for science was invigorated after she won the San Mateo County Science Fair in the seventh grade. The award-winning computer memristor she formed out of two different flavored jellos under an electrical current brought her to state-level competition. She wanted to bring that love of science to M-A.

“I was thinking of a way to carry that through high school, beyond the classes.”

Gorey wanted to introduce the diverse number of careers in medicine, business, and technology fields. “We get exposed to a very narrow range of professions like doctors, lawyers, engineers and business people. You don’t really see what’s not so represented in brochures or the media,” she explained.

At the W.O.M.B.A.T club, women who are sergeants, pilots, and graphic designers come to speak. Gorey reflected, “These women are really amazing. It’s always a treat to get to meet them and to talk to them.”

Like Gorey, Sapountzis made it to the San Mateo County Science Fair after comparing and growing the bacteria from the mouths of humans and dogs. She was excited to meet and learn more about accomplished women in Silicon Valley.

“Before the club, I had not really had exposure to women professions. It really opened my eyes to all the different routes people can take to get where they are today.” 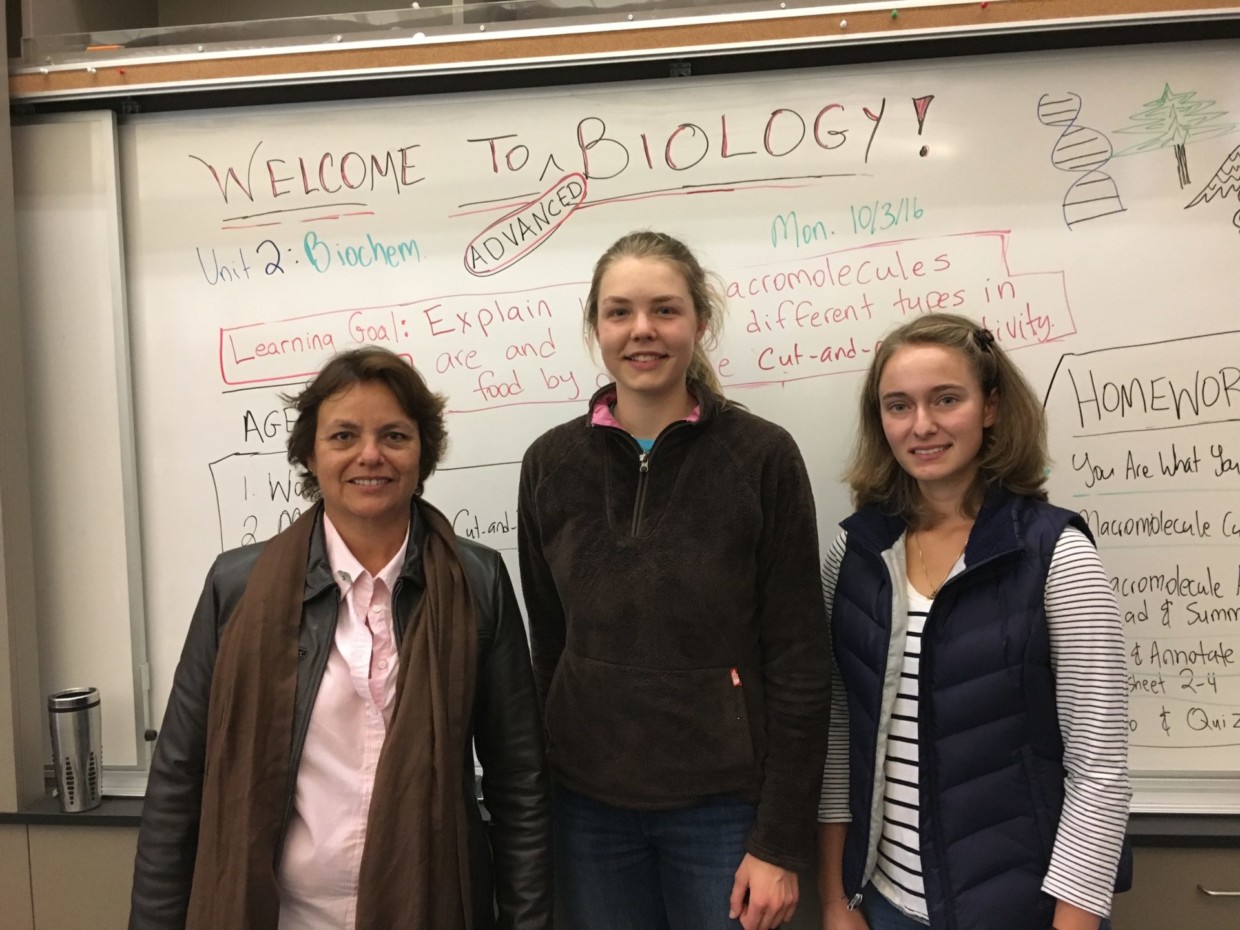 One guest speaker, Patricia Nakache, is a venture capitalist at Trinity Ventures. Her route to this career was far from planned. She started as a physics and chemistry major in college but then turned to business while attending Stanford University. Now she invests in startups in the Silicon Valley. Nakache’s story resembles those of many other guest speakers at the club.

“That’s a really common theme that I see with our speakers. They go into college thinking ‘oh I want to be a psychologist’ and then they end up taking this random class and really loving it,” said Sapountzis.

However, Nakache’s journey to becoming a venture capitalist had several challenges. First, females composed only about one-third of her business school of approximately three-hundred students. Now, she also notices that only about four percent of the investing partners at venture capital firms are women. Yet, Nakache won’t be deterred.

“In some ways, it’s a confidence builder. You realize you’re in the minority, but then you realize you can actually do the job just as well as your male peers, and that builds your confidence … You come out as a stronger person afterwards.”

The struggles didn’t end there, though. While advocating for women, Nakache had to confront pressures from her own community to stay at home.

“I have certainly had people who I consider friends raise their eyebrows at me that I have three children and work full time.”

To advocate for more awareness of these gender inequalities, Nakache has spoken at the W.O.M.B.A.T club and participated in panel discussions, interviews on T.V., and news articles.

She also encourages her three children — one M-A graduate, one senior, and one freshman — to remain optimistic, confident, and determined. She likes to tell them stories of times she struggled to prove that if you don’t give up you can improve and achieve. One story took place when she was in high school taking calculus as a senior.

“I was having a really hard time understanding the material and it was like the first time I had ever had problems with math. I remember I sat down one weekend morning and I was going to do problems until I figured it out. I did that, and it really turned around my year in calculus.” 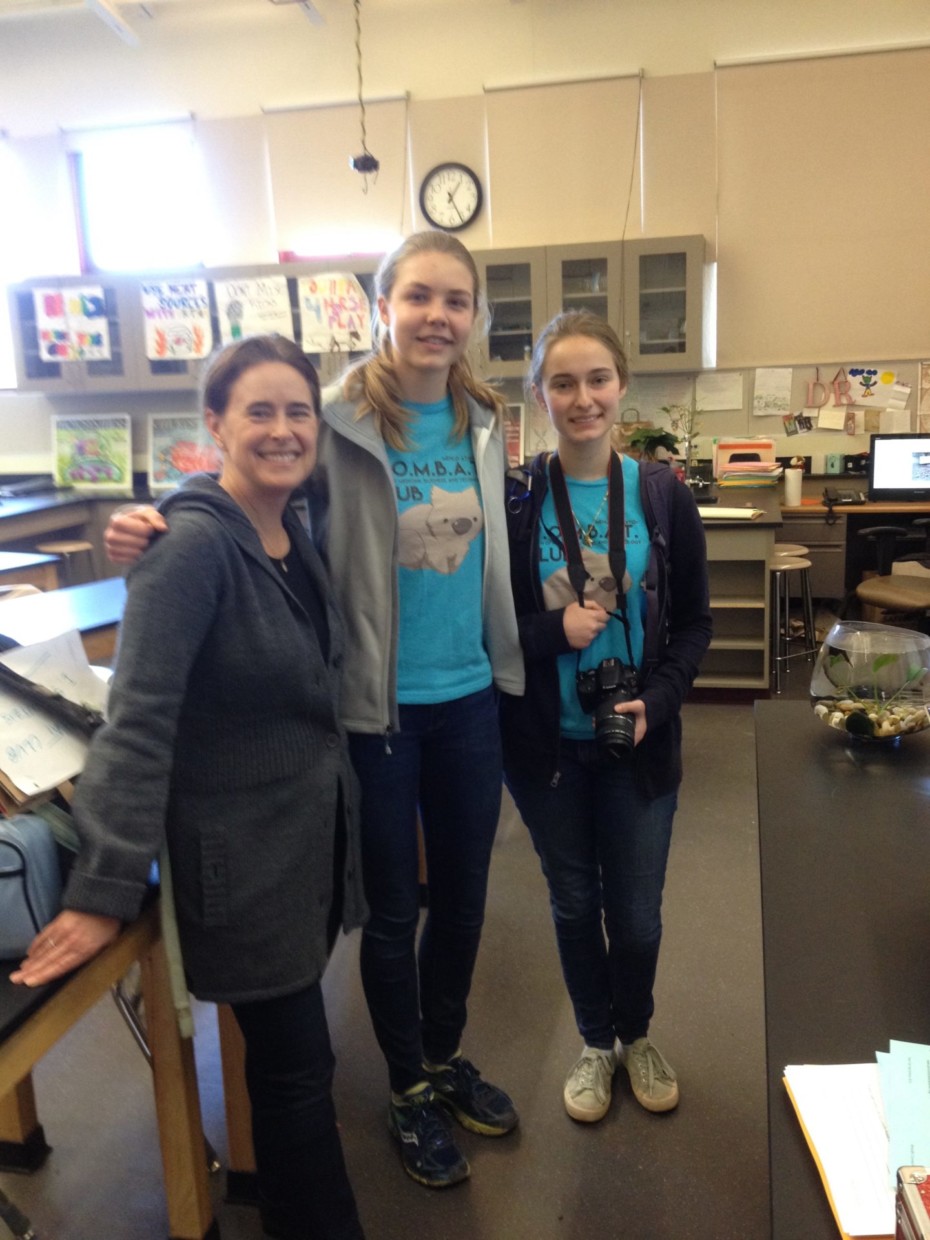 Like Nakache, Sapountzis experienced similar instances where she was a minority because of her gender. In middle school, she took robotics for two years. The first year, she was the only girl in the class, and in the second year, she was only one of two. She recalled, “Some of the boys made fun of me … that was probably the time I was most set apart by my gender.”

Young Sapountzis soon began to question why there weren’t other girls besides her.

“It would then make me a little sad. Why am I the only girl in here? Is nobody else interested in this? Does nobody else feel comfortable enough to be in this class?”

However, Sapountzis grew stronger and more confident being one of the only girls.

“There was this pride when I walked into the classroom and I was the only girl there … Cool, I am with all these boys, and I am doing just as well, if not better than them. I didn’t care that they were being all annoying. I didn’t care what any of them thought. I was having fun!”

It’s these feelings of belonging, pride, and curiosity for the STEM fields that Sapountzis and Gorey hope to grow in the W.O.M.B.A.T club. To find guest speakers, they contact friends and acquaintances, and even e-mail women in newspaper articles for their monthly meetings on Mondays. They want the club to be a place where all students at M-A can learn about a new career and find inspiration in the stories of the guest speakers.

“This club is to show people that women can be all these things too.”

One of Gorey’s favorite aspects of being the club president is introducing others to various career paths. A few months ago, Gorey and Sapountzis hosted a guest speaker who was an aerospace engineer. Her story made such a large impact on one of the girls in the club that she is now pursuing an aerospace internship this summer.

Gorey exclaimed, “She had never heard about this before and now she is really interested in it … It’s always fun when someone comes and says ‘wow I have never even thought about that. It’s so interesting!’”

Furthermore, the club has not only made a large impact on its members, but it has also changed its leaders. Now, during the college frenzy, everyone is stressed out about college acceptances. However, by managing the club, Gorey sees her future in a new “perspective — that there is life beyond college and that there are really cool things you can do.”

“ You can be successful if you put your mind to anything. You can be your own completely new thing.” 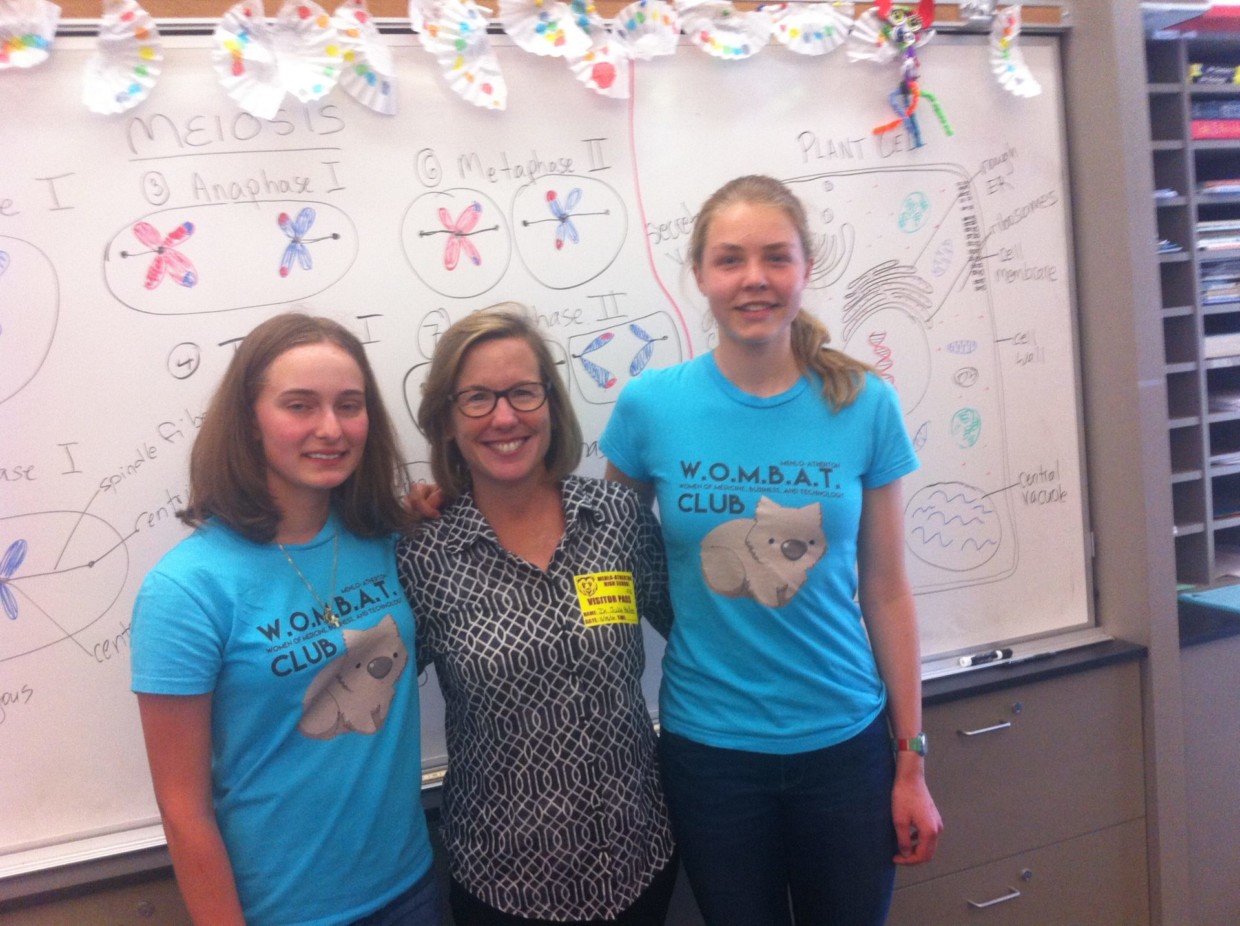 The club has also broadened Sapountzis’s horizons. “I learned to go into everything with an open mind and see where it takes me,” she said.

Sapountzis is taking A.S. Physics and A.P. Biology at the moment. After hearing so many guest speakers talk about the unexpected chances they took with classes and opportunities, Sapountzis was determined to try out physics.

“I thought I was going to hate physics because I had this weird notion that I wasn’t going to like it, but I actually really like it right now. It’s one of my favorite classes.”

The club started out with barely five people, but it has certainly expanded in the last three years to include boys and girls with varying ages and interests. While the hardest part of running the club is finding speakers, Sapountzis and Gorey find the effort so rewarding.

Sapountzis concluded, “I feel like we have really been opening up people’s minds. It has definitely opened up mine.”