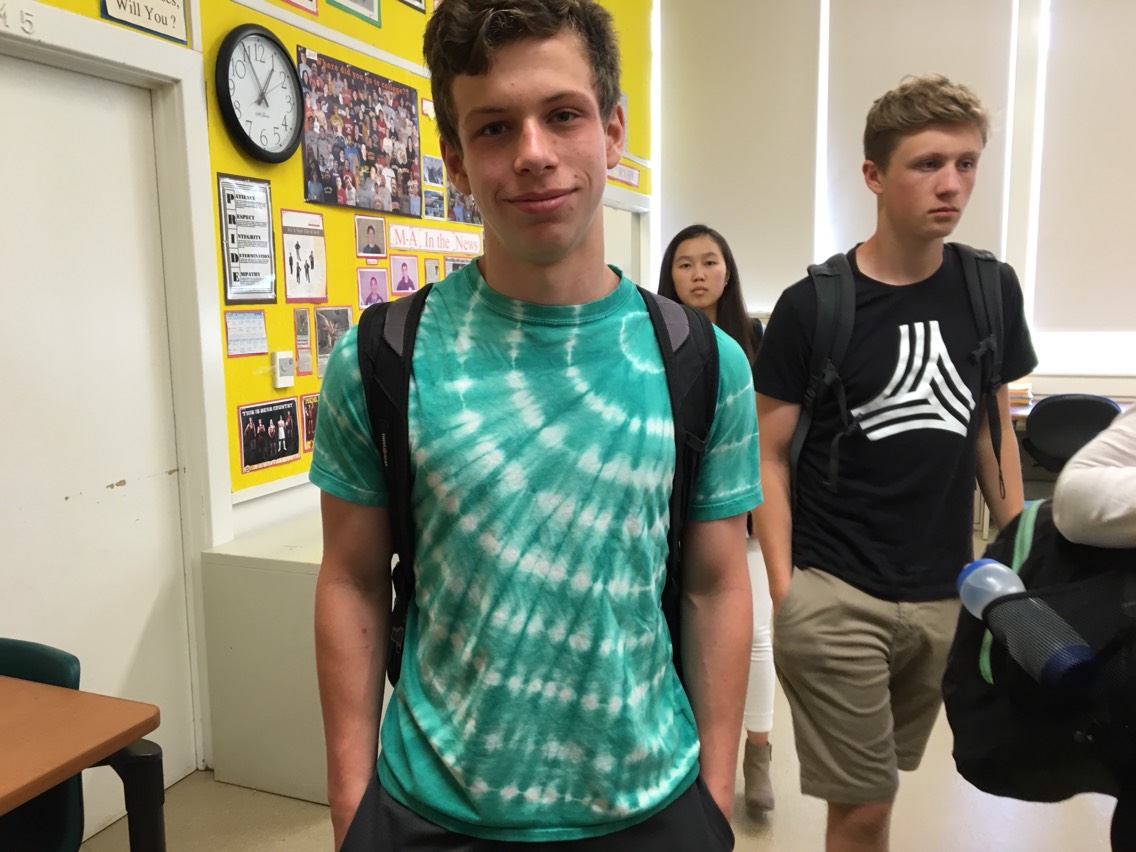 Since the fourth grade, junior Aidan McKay has worn a tie dye shirt every day. The blended swirls of colors have become an iconic look, making McKay, undeniably, the king of tie dye.
It all started in the fourth grade when McKay’s mother bought him his first tie dye shirt. At first, it was nothing special, but since McKay liked it, he kept getting more. As he grew in and out of clothes, his wardrobe was slowly transformed until nearly every shirt he currently owned was tie-dyed.

“Now, even if I didn’t want to wear tie dye, I am kind of forced to because I only have tie dye shirts” explained McKay, motioning to the blue-green shirt he was currently wearing. 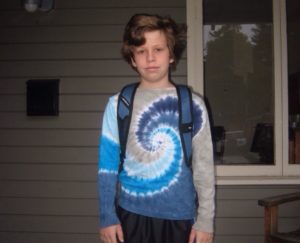 A young Aidan McKay wearing one of his tie-dye shirts. Credit: Aidan McKay.

Today, McKay owns nearly 15 different tie dye shirts, yet he insists that he does not have a favorite.

All of McKay’s shirts are store bought. “Everyone criticizes me for not making them myself,” laughed McKay, “but I like the perfection of the store bought shirt.”

He pointed to the spiral pattern on his shirt, and went on to describe how the ray-patterned shirts where the colors emanate from one corner are also “pretty cool.”

Despite wearing tie dye nearly every day, McKay admits that he has considered wearing a non-tie-dye shirt. “But at the end of the day, it is too much work to go out and buy a completely new wardrobe,” added McKay, describing how he would rather just stick to wearing tie dye. 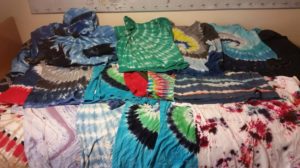 “I’m kind of pigeonholed into it. If I wanted to change I probably wouldn’t.”

Wearing tie-dye might seem as though it comes with many challenges, however, McKay quickly detailed how he would adapt his outfit to still be able to incorporate the vibrant spirals of color. For formal wear, McKay described how he would most likely get a tie-dyed tie, or wear his tie dye polo shirt. For all other occasions, he has a tie dye hoodie and bathing suit.

“Whenever I wear my tie-dye long sleeved shirt because it’s cold in the morning and I pull it off [revealing another tie dye shirt beneath] people laugh,” McKay explained, pulling his long-sleeved shirt from his backpack.

“But besides that, most people just say ‘wow, you wear tie-dye every day.’”