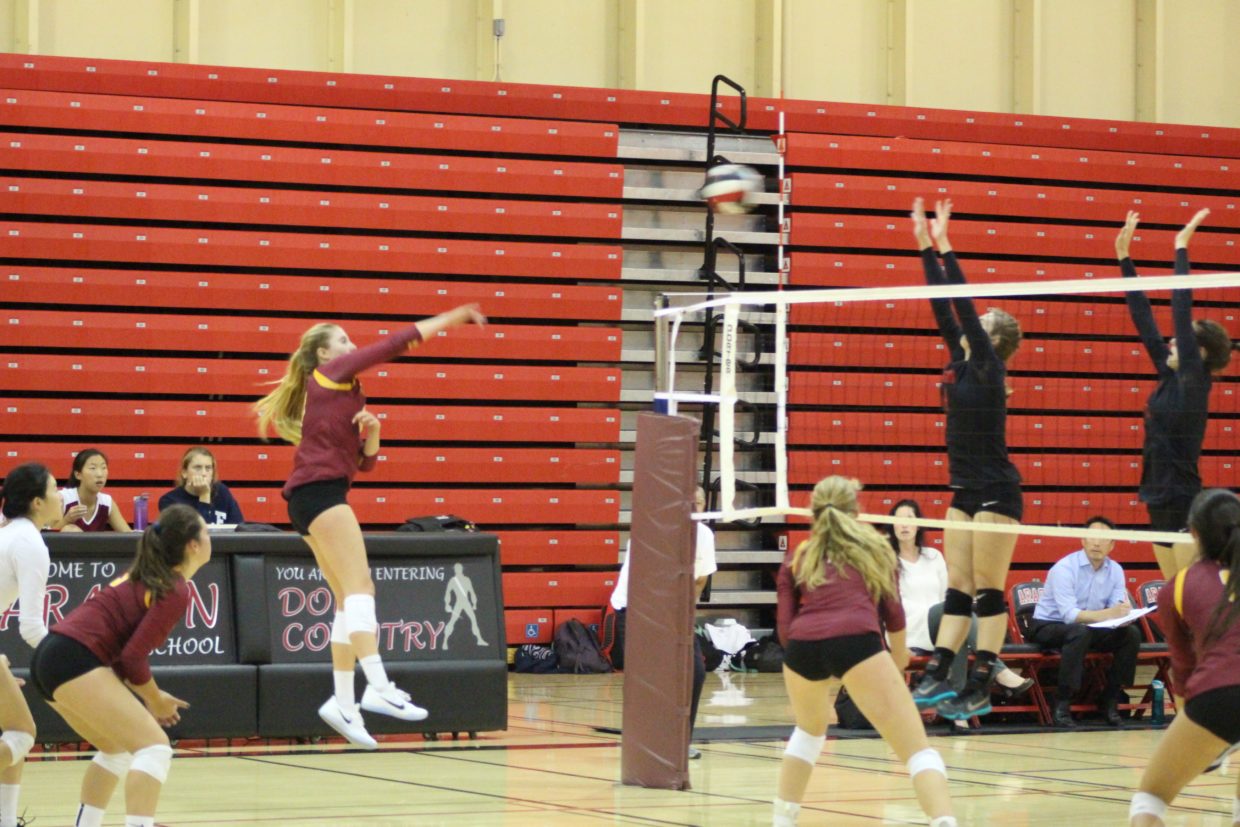 The varsity girls volleyball team took on the Aragon Dons on Tuesday, October 11. Despite a slow start in the first set, the Bears worked hard and pulled off a win in four intense sets.

When the Bears met the Dons earlier this season, they beat them handily. The starting lineup for this match looked very similar, with senior Kirby Knapp setting in a 5-1 rotation, senior Kiana Sales as libero, and senior Eliza Grover as a right-side attacker. 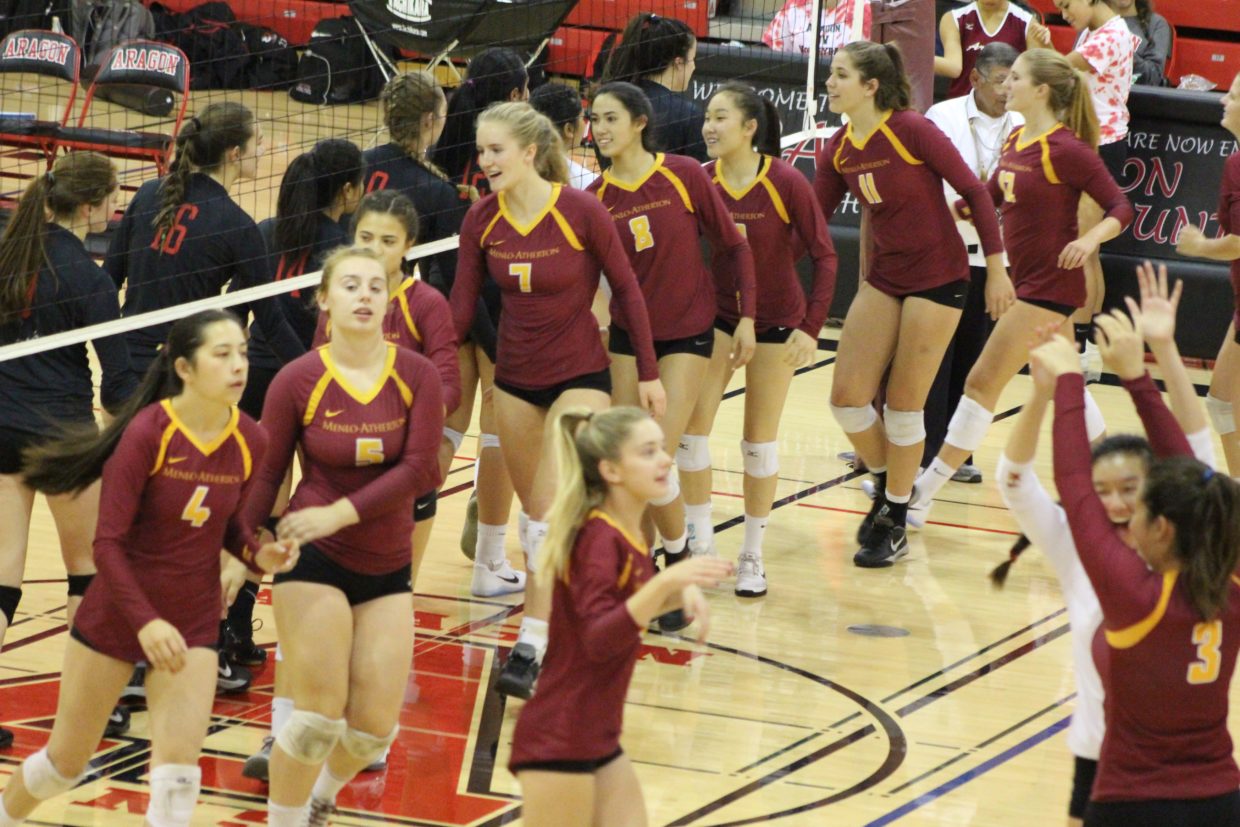 The Bears greet their opponents before the match.

Head coach Fletcher Anderson said, “Aragon seemed a lot more fired up this time around, as will everyone else from this point on as we enter the second half of the season. The target on our backs is only getting bigger. I’m looking forward to seeing the way this squad responds!”

Senior Jacqueline DiSanto kicked off the match serving, but Aragon responded with a kill and built an early 4-0 lead. Junior Lauren Heller earned the first point for the Bears with a powerful swing, and senior Chloe Johnson subbed in to serve.

Unfortunately, the Dons were aggressive on offense and widened their lead to 13-6 over the Bears. Anderson called a timeout in an attempt to rally his team, and when play resumed the Bears’ offense was strong. DiSanto contributed consecutive points with a kill and a stuff block, but Aragon eventually won the set 23-17.

M-A was fired up for the second set. DiSanto started the match with a kill, then went back to serve. Aragon immediately got a kill and again built an early lead, but M-A pulled ahead. Knapp contributed a kill off a setter dump and increased the Bears’ lead to 8-5. 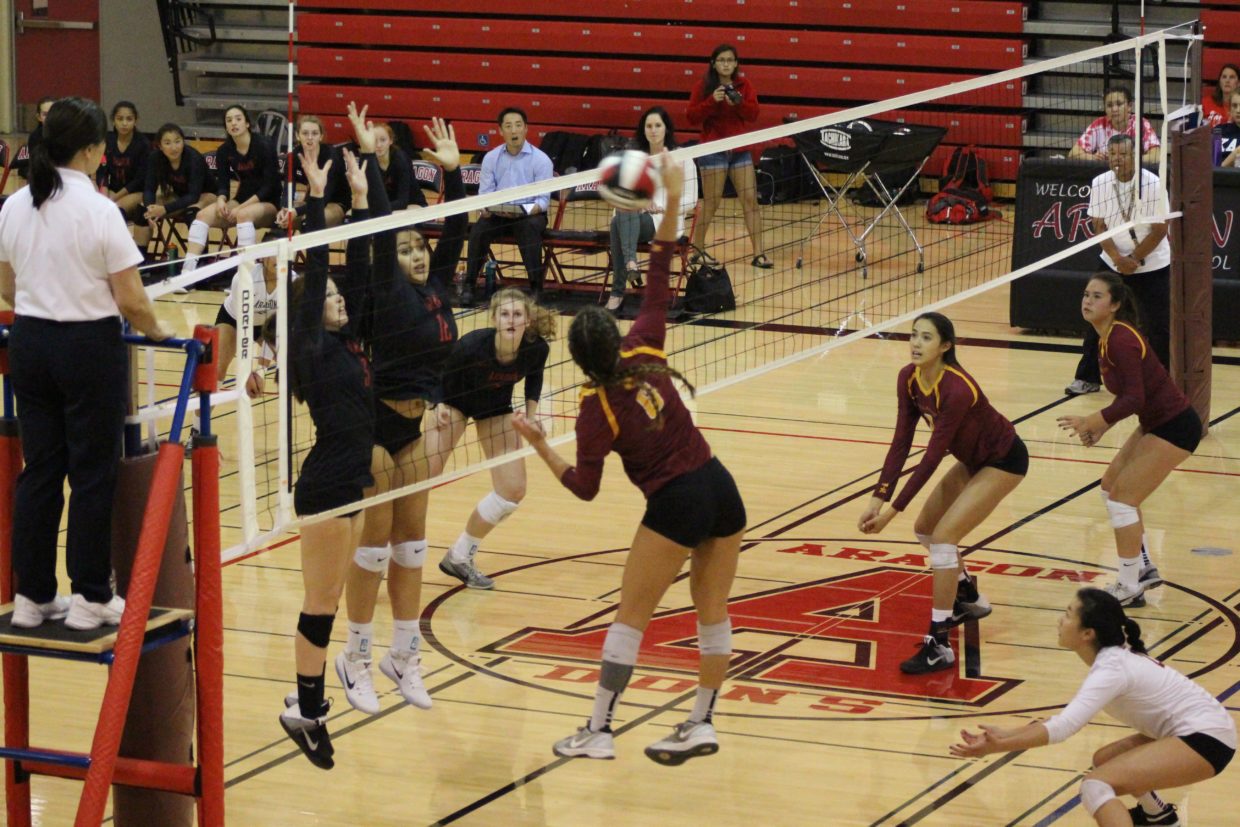 M-A led 9-6 when DiSanto smashed down a nice set from Knapp and, after a point for the Dons, DiSanto fired again to bring the score to 11-7.

The Bears persevered on defense against powerful Aragon attacks. After an ace from Johnson, the Dons called a timeout in set two, as they trailed M-A 18-11. A huge kill by Grover off a tricky ‘slide’ set ended the second set in the Bears’ favor, with a final score of 25-17. 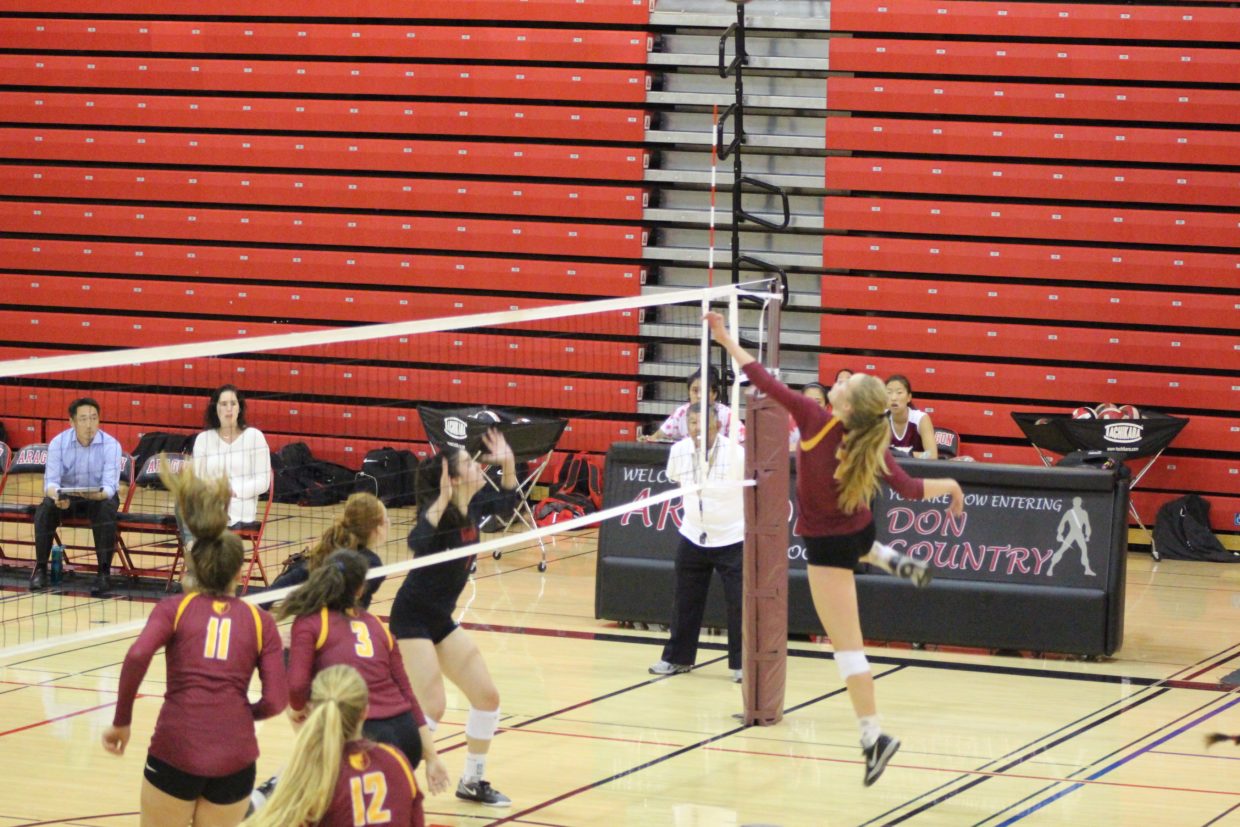 Grover approaches to hit a slide.

The third set was close from the start, but M-A refused to give in to Aragon’s scrappy defense. The Bears fought back with big offense and tough defense of their own, pulling out a 25-19 win.

In the fourth and final set, Aragon once again carved out an early 4-0 lead. The Dons missed a serve and opened the door for the Bears, which DiSanto took advantage of with a well-placed kill into shallow middle back. Freshman middle blocker Marit Hoyem also contributed a kill, and Knapp put away another setter dump. 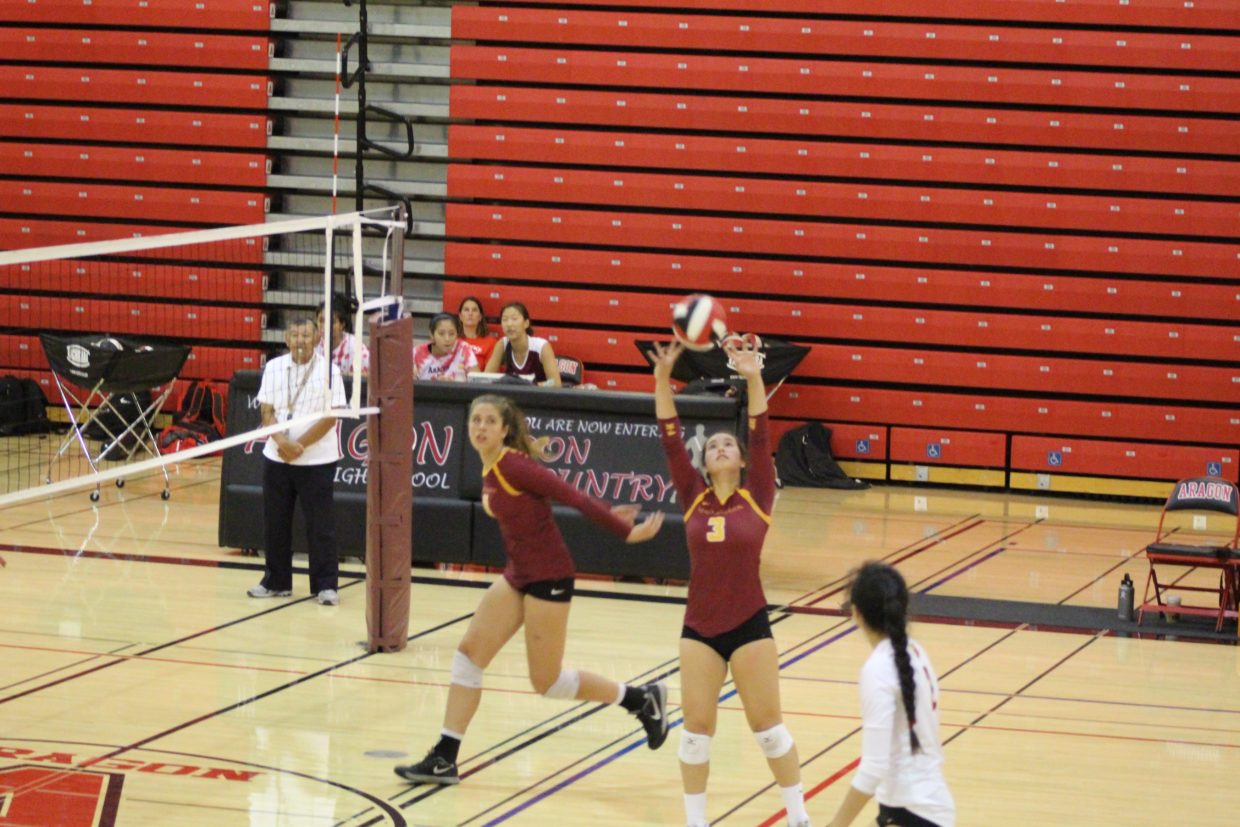 Knapp pushes a set to the outside, Hoyem approaches behind.

When the Bears led 14-12, Aragon called a timeout to try and regain control of the game, but M-A kept pushing and won the match with a final score of 25-22.

Anderson commented, “This was a game when everyone was having a sub-par game. It is natural during the season for players to slump and get into a funk. But I really liked the way everyone was able to pull together and fight against a rallying opponent who seemed to be able to build energy and momentum throughout the match.”

Watch live tweets of the game on https://twitter.com/TheMAChronicle