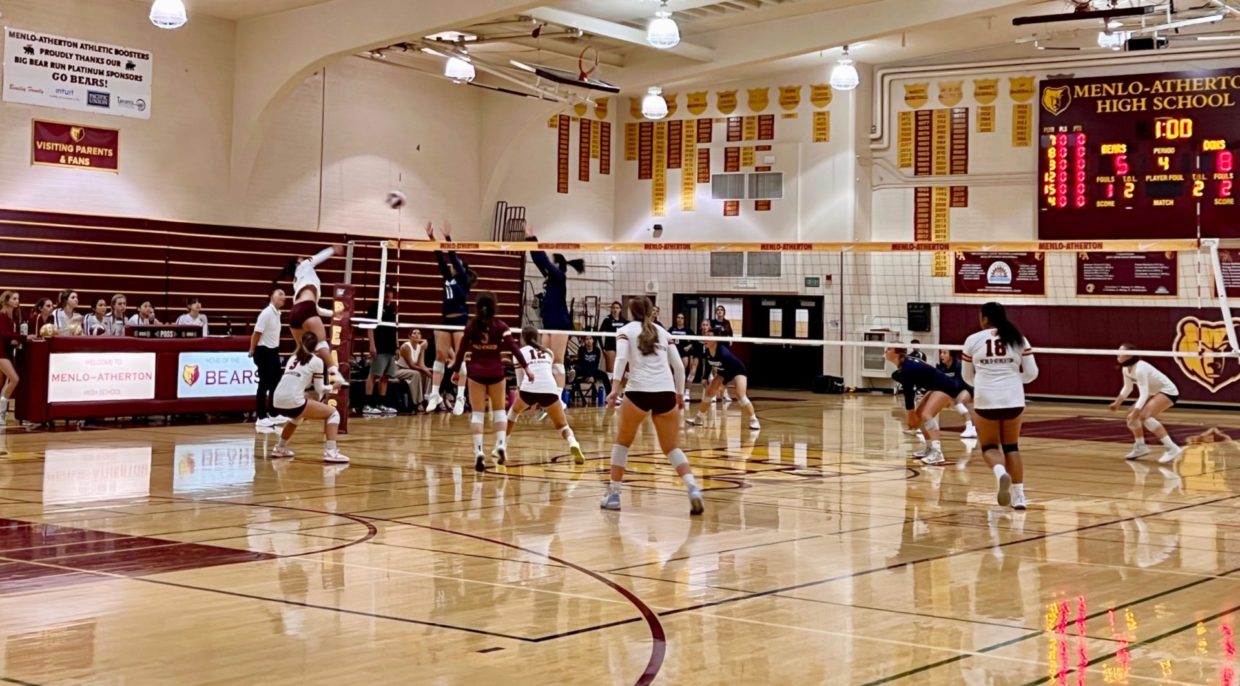 The season opener for girls varsity volleyball against Valley Christian forced everyone to hold their breath until the very last second. Unfortunately, the Bears took the loss but came close with a score of 23-25 during the final set.

In the first set, senior Anna Ryan scored M-A’s first points and received an ace on her first serve, catching her opponents off guard. The set ended with Valley Christian up 25-20.

In the second set, junior Aria Sokol could not be stopped as her serves and hits gained M-A a lead. She said, “my personal highlight was probably one of my harder kills in the second set!” Running desperate, Valley Christian called a time-out twice because they could not shake off Anna Ryan’s powerful serves. Senior Nina Kerr, who plays outside hitter, said, “we were really hyped up and excited for the second set, and I think that the energy on the court, on the bench, and in the stands helped us win the set.” 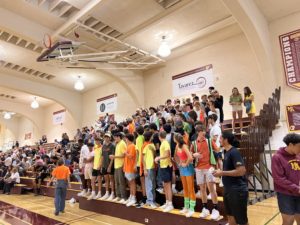 The student section, decked out in neon, cheers for the Bears

After the Bears came back with the lead, the student section matched the mood. Decked out in all neon, one student blasted hype music on his speaker, getting the players in the right headspace to face their opponents. Senior Becca Schulman said, “I think the student section made the whole team, especially a lot of the new people on varsity, very excited for the season and what is to come.”

Some people were anxious to see just how well the newly recruited underclassmen would perform, but they did not disappoint. During the third set, sophomore Daniela Eline had a killer hit and tipped the ball twice within one play, which matched the score 9-9. Freshman Katalina Tuipulotu’s deadly hit brought back the team’s hope as she tied the match 25-25. Ultimately, the set had everyone on their toes as scores were nail bitingly close. At the end of the set, Valley Christian won with the score 27-25.

In the fourth set, a strategic tip made by senior Nina Kerr caused the entire gym to fall silent as people eagerly waited for the referee to confirm M-A’s point 15-15. Although our varsity girls were in the lead 19-15, Valley Christian’s ability to quickly adapt to our strengths brought about the end of the set, 25-23 and the Bears took home a loss.

Despite the loss, our players never lost their spirit and are planning to come back stronger than ever. Senior Clara Cronin said, “now that we have our first game under our belt, we can work even harder and get better.” She promises fans that M-A can “expect great things this season!”