The varsity football team won a hard-fought game by a score of 28-8 against Terra Nova High School at Coach Parks Field on Friday, September 30. The Bears got off to a great start, leading the game 7-0 early in the first quarter, after a great pass from quarterback Aajon Johnson to star wide receiver Mekhi Blackmon on a 30-yard touchdown. After the the first quarter, the game was tightly contested and the score stayed 7-0 going into half time. Terra Nova briefly took the lead on an interception return, followed by a successful two-point conversion. The Bears then turned the game around, scoring three straight touchdowns.

Johnson passed for nine completions on 14 attempts for 120 yards. He had two touchdown passes and two interceptions. Running back Stavro Papadakis had 10 carries for 126 yards and two touchdowns, the longest of which was a 41-yard breakaway in the second half.

Senior cornerback Mekhi Blackmon speeds down the field on a kickoff return.

Anders Chiang scored his first touchdown of the season on a six-yard pass from Johnson. Wide receiver, kicker and corner Spencer Corona made both of his extra points and had some excellent deep kickoffs. He also led the team in receiving yards. The Bears tried out a new punting strategy in which Johnson had the option to either go for it on fourth down or punt. He punted five times with an average length of 43.4 yards, the longest measuring 51 yards.

Corona said, “The game against Terra Nova was a good game; we definitely need to clean some things up. After we adjusted to their defense in the second half, we did well.”

Some other key contributors were senior Devon Dundas with his second interception of the season, along with a sack; Marquis Reid with a punt return of 48 yards; and finally the defensive players Christian Wiseman, Noa Ngalu, and Epeli Mataele, who combined for five sacks on the night. Mekhi Blackmon had an interception that an M-A player ran in for a touchdown. Unfortunately, the touchdown was called back due to a block in the back earlier in the play.

Starting running back and kick returner Jordan Mims left the game early after being ejected by the referees for unsportsmanlike conduct. However, he seemed to be attempting to protect quarterback Aajon Johnson after he was tackled by Terra Nova players. Mims is currently suspended for the team’s next game, but M-A is expected to appeal this suspension.

Losing Mims would be a huge loss for the Bears heading into their sixth week of play, as he is the go-to option in the Bears’ offense. Mims leads the team in rushing yards, all-purpose yards, and rushing touchdowns. He averages 6.6 yards per carry, 140.6 rushing yards per game, and he has totaled eight rushing touchdowns this season. We wish the team and Mims luck in finding a justifiable conclusion. Hopefully he will be back on the field soon.

The Bears huddle up on defense.

M-A faces Burlingame High School next week in the Homecoming game. Burlingame has a record of 3-2 and defeated Sacred Heart Preparatory last week, 14-7. Come out and join the 12th Man in support of the team! 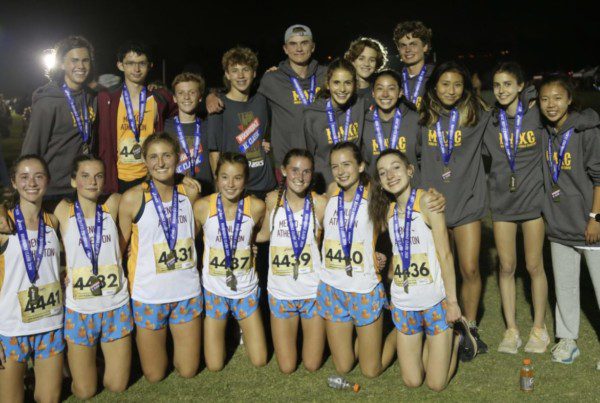