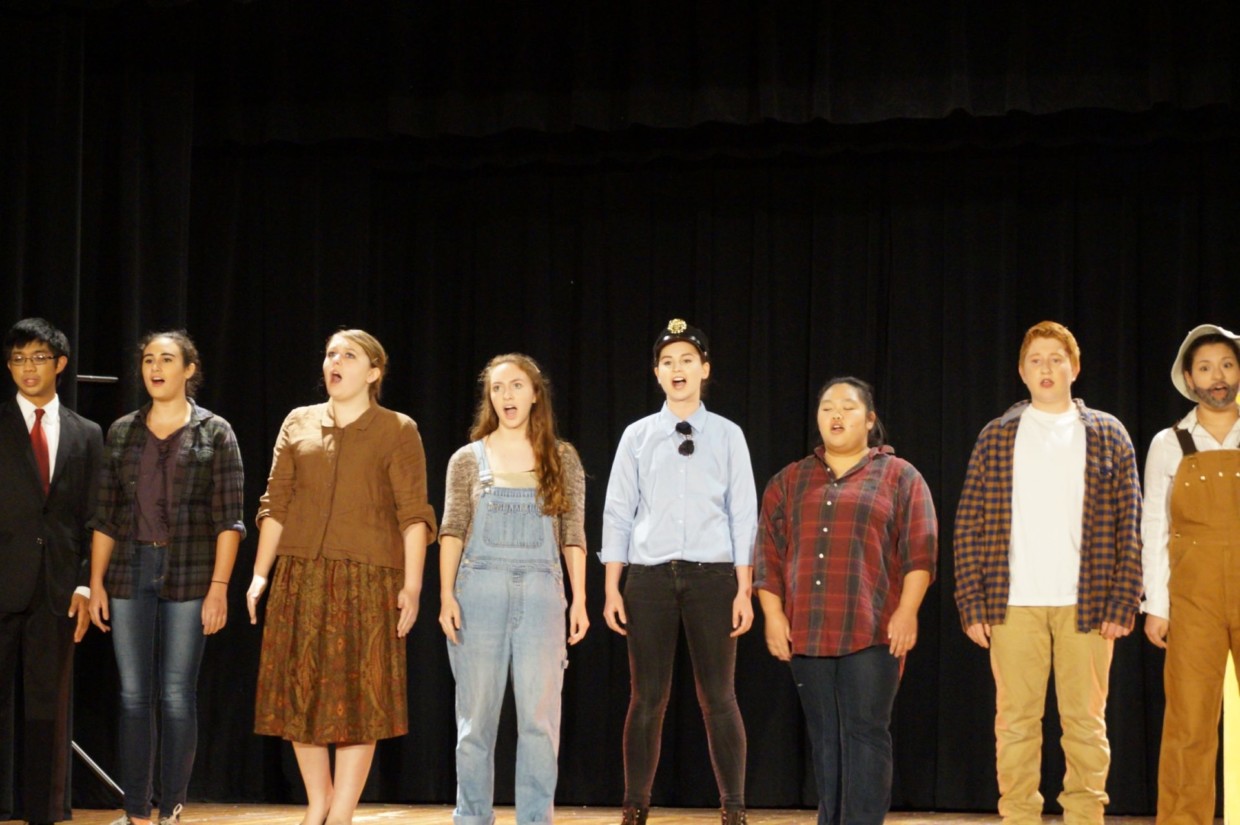 I had the privilege of seeing the opening night of Grab Bag Theater’s Urinetown. The show uses dark humor and dramatic musical numbers to warn audience members that their way of life is unsustainable, a message which is especially applicable to California right now.

With an ambiguous setting, Urinetown centers on a dystopian society in the midst of a drought so severe that a large corporation called the Urine Good Company begins to charge citizens for the right to use the restroom. When citizens fail to pay this fee, law enforcement takes them away to the mysterious “Urinetown.” Soon, Bobby Strong (Michael Pagee) begins to question the validity of the Urine Good Company’s control, and aims to abolish its oppressive restroom fees. 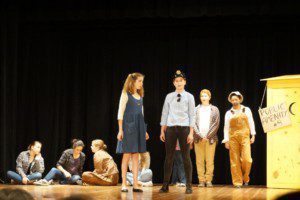 As the narrator of the musical, Officer Lockstock (Kate Mulhern) speaks directly to the audience and points out common theatre tropes within the show. Thus, viewers feel as though they are part of an inside joke with the cast, making fun of the standard outline of a musical while the show employs almost all of the elements from that outline. In addition, the show comments on the dangers of capitalism and socialism, and references the current political landscape, as a rich businessman promises to “keep the pee off the street and the water in the ground.”

Many of the cast members had impressive solos, particularly Sean Fabrega, who plays Hope Cladwell, and Matthew Garrido who plays Caldwell B. Cladwell. Everyone in the cast hit their notes well, while also performing high-energy dance numbers. The sets were simple, allowing the audience to imagine the town, while making the setting more flexible. Everyone involved in this production evidently worked very hard to produce such a high quality show. The show co-directed by junior Abby Howell and senior Natalie Silverman, and produced by seniors Lauren Koenig and Aria Turner. Senior Alex Thayer choreographed, while sophomore Kelley McCutcheon and Turner were vocal directors. Junior Harper Wood and senior Katie Weiner stage managed for the show. 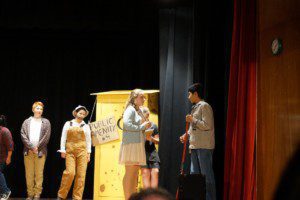 Urinetown is still playing at the Veterans Memorial Center Theater in Redwood City. Remaining showtimes are on Friday, May 20 at 7 p.m. and on Saturday, May 21 at 1 p.m. and 7 p.m. Tickets can be purchased at the door; they cost $5 for students and seniors, and $10 for adults.