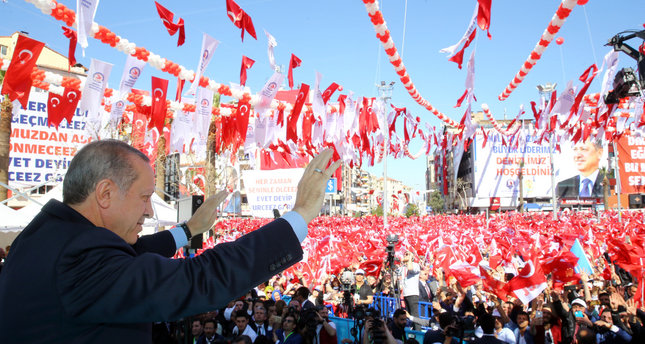 The turning tide of global democracy

The United States, Turkey, Germany, France; these are fiercely different nations with different systems of government and different ideals, but all share the value of democracy and are just a few examples of countries currently undergoing drastic political changes. Each of these nations held recent presidential elections that shook up the political climate across the country and marked a clear shift in the wants of the people for the coming years. What started with months of raucous American politics and the election of President Donald Trump was merely the beginning of a turbulent political season full of upset elections, riots, unexpected leaders, and impassioned voters.

As President Trump’s 100 days in office approaches rapidly on Saturday, April 29, the people of America are hardly in agreement about the relative success of the new president’s first months. President Trump’s legislative action has been somewhat lacking, with his travel ban seeing no progress in court, Mexico refusing to pay for a border wall, and his big push to repeal the Affordable Care Act (Obamacare) falling decidedly flat. Though the Trump administration has thus far been clouded by scandal and mistrust by many Americans, President Trump remains adamant that his term has been as successful as can be expected, and tweeted that the 100-day marker is a “ridiculous standard.”

Whether or not one supports President Trump in any capacity, the truth is that he, along with his administration, has shaken up democracy in the United States more than other figures have been able to for quite some time. His controversial views and unprecedented style of communication mean that, for better or for worse, the American public finds President Trump’s name splashed across the headlines nearly every day.

At a time when many Americans are becoming disillusioned with the efficiency of their government and frustrated with the lack of progress being made in Congress and at home, President Trump stands as an outsider to politics. He is an inexperienced politician who represents the clear opposite of the leaders that the United States has seen in the last decades, and this contrast is one of the reasons he was elected president in the first place.

The desire for a new kind of leader is not confined to the people of the United States. In many countries where people have become angry with the actions of their government or lack thereof, a leader without experience in government but with radical ideas and passion for causes that appeal to the public’s interest is a welcome break from career politicians who push similar agendas to their predecessors.

On Monday, April 24, polling stations in France declared that National Front party leader Marine Le Pen and newcomer Emmanuel Macron would be sent through to the second round of presidential elections. Le Pen is the former president of the National Front, a right-wing political party in France. She is a lawyer but has been involved in politics for years, having succeeded her father as leader of the party in 2011. Le Pen has also served as a member of European Parliament since 2004 and has spent her time in power attempting to change the image of the National Front to a softer one of tolerance.

She came into the French election with confidence and seemed the most obvious choice to lead the nation. However, Macron challenged her as a rookie politician, a member of the En Marche party which Macron founded in April 2016, and an investment banker by career. En Marche is a socially liberal, left leaning party and is hardly the traditional source of French leaders as it is a new group that has yet to establish itself or its views.

Nevertheless, Macron gained popularity throughout the election season and ended up ahead of Le Pen with nearly 24 percent of the vote to her 21 percent. The two will face off in the next round of elections on May 7, but already it seems likely that the people will choose a young, excited novice politician over his more experienced opponent. Just since Macron’s lead in the primary election, the Euro has jumped to its highest value since November and the stock markets have risen in support of Macron.

Much like the American people did when they elected President Trump and the British people did when they voted to leave the European Union (EU), the French people shook up the traditional ways of government in their country when they voted for leaders who did not represent the typical French political parties or ideas. The frontrunner is a man with experience in business and banking but not in politics, much like a certain American president. Just as in the United States, many people in France want tighter control of their country’s borders to stop large-scale immigration, and better economic policy to give France more of a global advantage economically. Le Pen represents these traditionally right-wing views, and her goal to keep France more isolated from immigrants mirrors one of the key components of President Trump’s political policy. Conversely, Macron represents liberal beliefs, and as his win in the primaries was announced, many of his supporters waved the flag of the EU.

While these two candidates represent wildly different beliefs, neither hail from France’s historic leading parties. An election between the two is a clear sign of the shift in the meaning of democracy that is happening across the globe. Even in Germany, Chancellor Angela Merkel faces an election threat by a lesser known socialist leader, Martin Schulz, who does not fit the mold of traditional German politicians. 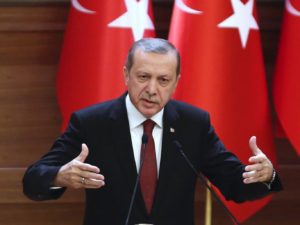 One of the most recent developments in global democracy was the referendum that was voted on in Turkey on April 16. It was a fiercely debated vote that decided whether President Recep Tayyip Erdoğan would receive more power and tighter control of the government. The referendum was on a new constitution that would give President Erdoğan largely unchecked power going into his fourth year of presidency. The vote means an almost total reorganization of the Turkish government. After new elections in 2019, President Erdoğan will be able to appoint senior officials to his cabinet and choose judges for Turkey’s highest courts. Parliament will be weakened under the new laws, and the office of prime minister will be done way with, meaning President Erdoğan will effectively make every government decision without contest.

Palo Alto resident Aysenur Güler was raised in Turkey and moved to the Bay Area to pursue a career at Google, as she had spent years working in the technology industry. Güler started her own consulting company to help entrepreneurs, business people, and academics in Silicon Valley and has seen politics change in both Turkey and the U.S. She notes, “It is interesting to see that just like the voter map of America for Trump, the Turkish voter map is mostly against President Erdoğan on the coasts and borders, and for President Erdoğan in landlocked middle cities. Similarly, this vote can be likened to the Brexit in that the progressive liberals wanted the United Kingdom (UK) to stay in the EU and rural areas voted for a more nationalistic UK on its own. Populist campaigns seem to be the political trend these days and it is not far from the truth to predict that more countries will follow suit in this direction.”

President Erdoğan led the “yes” campaign for the referendum and expected a decisive victory, but after the ballots were counted the “yes” group only received 51.4 percent of the vote, hardly enough to shout victory. Nonetheless, President Erdoğan spoke to the Turkish people before every vote was even counted and proclaimed victory for Turkey and for democracy everywhere. A leader with the power to change whatever he chooses in the government, to control the laws of the people without their input, seems hardly democratic. Many in Turkey are concerned that this referendum is shifting the Turkish government away from democracy altogether, especially because the vote results came after much controversy, but Güler added that “this doesn’t mean there will be political tension on the streets as Turkish people don’t turn violent for political differences. The violence Turkey has seen recently has come from terror groups like ISIS [Islamic State of Iraq and Syria] and PKK [Kurdistan Workers’ Party] (a Kurdish minority separatist terror group) in the form of bombings of crowded urban locations and attacks against military forces. There was also a coup attempt from a faction in the military against President Erdoğan which was repressed in a matter of hours last summer.” 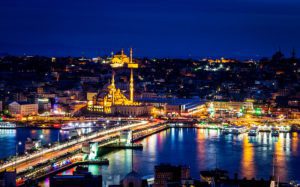 Another benefit for President Erdoğan is a new opportunity to interact with the U.S. government. On April 17, President Trump called President Erdoğan to congratulate him on the win and reportedly extended an invitation to the Turkish president to visit the United States for formal talks. Throughout the years of the Barack Obama administration, Erdoğan wished to receive such an invitation, and now President Trump has opened the door for the U.S. to discuss with Turkey, with whom they have had conflicts with over U.S. involvement in Syria. However, President Trump made this phone call without consulting the U.S. Department of State and faced speculation that his business partners in Turkey had helped arrange the call. 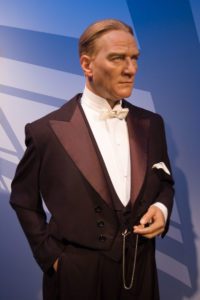 Turkish officials deny that claim, but the fact remains that the issues of unchecked power and violence from extremist groups are painfully present in the U.S., Turkey, and throughout Europe. After all was said and done, Aysenur Güler believes that “Turkish people are 50-50 on the current political situation. Liberals have a pro-[Mustafa Kemal] Atatürk stand; Atatürk was the founding father of the modern, democratic Turkish Republic a century ago. They are against a one-man rule, and in favor of keeping the government and parliament as the executive body. Conservative people are behind the current political leader, President Erdoğan, who has been in power for about 15 years and hasn’t lost an election so far. President Erdoğan just won the referendum giving him executive powers like the presidential system in America. Before, he was more like a figurehead as the head of state. He is a doer, though, and wanted his powers extended in order to have the say in a lot of executive and judiciary areas. This worries the liberals as it is a totalitarian move, one they have been against since the collapse of the Ottoman Empire and its one-sultan rule.”

As a member of both the Bay Area and Turkish communities, Güler offers a unique perspective on global politics. She sees a clear connection between the politics of the U.S. and the shifting politics of Turkey brought on by the recent referendum. Countries around the world, from Germany to France to the U.S., are in the midst of major governmental changes and many citizens are being swept up in a rising nationalistic tide. Turkish governmental developments prove that despite contrasting views and turbulent times, politics around the world are more connected than ever. 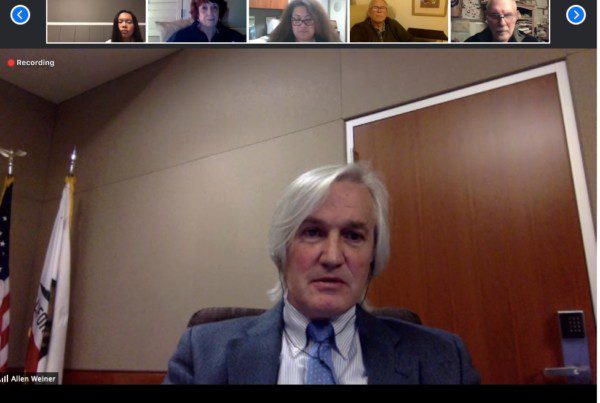 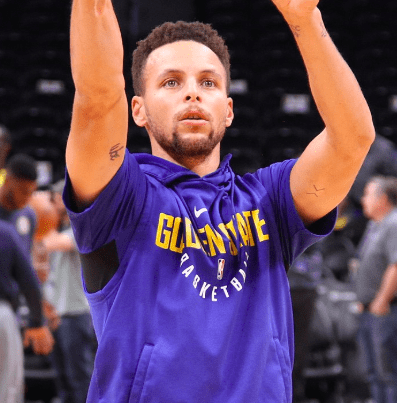