The Discrepancy Between Boys and Girls Athletics

Title IX of the Education Amendments of 1972 “prohibits discrimination on the basis of sex in any federally funded education program or activity.” From sexual assault cases to employment opportunities, the Title’s language has been widely discussed and interpreted since its inception.

While the title does not explicitly reference athletics, it has been applied to school sports teams, allowing girls to play the sports that were once reserved for only half the student population. Yet even this stipulation has generated rebuttals claiming that now men’s sports are suffering from gender discrimination themselves.

The percentage of girls participating in school sports has definitely increased over the past decades, thanks to Title IX. This increase is visible at M-A, yet girls sports often do not get the same support that boys sports do. In most women’s sports, there are rarely as many student fans in the stands compared to the games in boys sports. Student groups such as the 7th Woman and 6th Woman have tried to gain the same popularity that the 12th and 6th Man generate, yet still suffer weaker turnout at games.

Delilah Kline, a senior on the M-A girls varsity basketball team shared, “The girls sports here at M-A are consistently high-ranking within both PAL and CCS, yet games are significantly less well-attended and under-covered on our media platforms.”

I asked Kline if she saw any difference between sports at M-A and at other schools. “Yes, at schools such as Menlo [School], they have a fan club for all sports and both genders. However, at M-A, we have very popular 12th Man and 6th Man clubs, but not much overall support for the female athletes.” It’s hard to say whether having fan clubs for all girls sports at Menlo contributes as many overall fans as the boys sports do without concrete data from their school, but the fact that these clubs exist at all is still something.

Every student athlete at M-A works hard at earning that spot on the team. And as Kline put it, “all athletes should have equal appreciation and representation for their hard work.” In my experience, I know what it is like to not have a large student section for the games; few student fans come out to watch the boys varsity soccer team play. With so few fans for the boys game, I cannot imagine what it is like at the girls’ games. All the adrenaline you get from looking out and seeing the bleachers packed with students going crazy is missing from all of our girls teams. For this support to be lacking at girls sporting events must be very deflating. If we students can get more active and start getting people to come to both boys and girls sports games, I’m sure each athlete would feel more happy and motivated at their games.

Last year there was a big gap between how many girls tried out and how many boys tried out. There were 692 boys who played a sport last year compared to only 506 girls. If we can get at least half the number of students who come to watch the big boys sporting events to come watch the girls play, then I think all the girls who play sports would feel a lot more appreciated for their dedication. With this support, I believe more girls would try out, making progress towards a more equal athletic program. 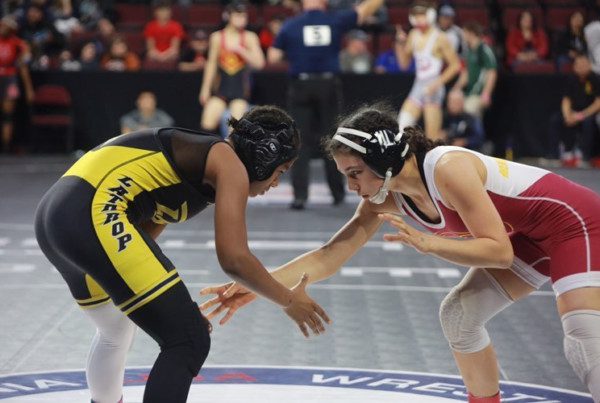