The Correlation between Death with Dignity and Capital Punishment

While they may seem like separate controversies, physician-assisted suicide, and capital punishment both question the same human right over life and death. In the United States, state governments hold the power to decide whether or not to legalize these actions.

As of this July, 31 states currently have the death penalty, while 19 have abolished it. A member of Connecticut’s Supreme Court, Judge Alex Kozinski, defended the court’s decision to abolish capital punishment, arguing, “Whatever purposes the death penalty is said to serve— deterrence, retribution, assuaging the pain suffered by victims’ families—these purposes are not served by the system as it now operates.” Despite this opinion, the majority of state governments still view capital punishment as a constitutional means of penalizing criminals.

According to the deathpenaltyinfo.org, physician-assisted suicide is currently legal in Oregon, Washington, and Vermont, and will be legal in California in 2016. Washington, Oregon, and California also practice capital punishment, while Vermont does not. This means that 28 state governments allow criminals in their states to be put to death as punishment against their will, but they will not permit terminally ill patients in immense pain to end their lives even if it is their wish. In both cases, the government takes responsibility for choosing who dies and who lives. In essence, the government ends the lives of criminals but does not give this right to law abiding citizens. A person who commits a heinous crime, therefore receives the one thing that a person who seeks physician-assisted suicide cannot have in most states.

M-A junior Haley Taylor expressed her view of physician-assisted suicide: “I think assisted suicide should definitely be a thing and that the government shouldn’t determine whether you have the ability to live or die and I think that’s kind of your personal choice.”

When asked if she thinks capital punishment should be legal, she explained, “I don’t trust the legal system enough to say you are going to die because of this crime and I feel like the justice system has flaws.”

If the justice system were perfect, would it be okay to kill people we know are guilty? Is death a valid punishment for someone who took the life of someone else? Capital punishment results in taking the life of a person who caused suffering for another person. However, physician-assisted suicide, although devastating for all of those involved, results in the death of someone who has been diagnosed with a terminal illness in order to prevent inescapable suffering. Despite this truth, a majority of states do not give this right to their citizens.

Dr. Jane Tan, a nephrologist at Stanford Hospital, offered her view of physician-assisted suicide, explaining that due to advances in medicine, physicians have the ability to keep people alive with medical devices. While this is true she notes that, “under certain circumstances, such treatments prolong suffering and may also strip away a person’s dignity. It is important to allow a person to die with dignity.”

Tan also comments that “many physicians are sympathetic to the cause because we witness such futile suffering at the end of life in many tragic circumstances. However, preserving life is to be taken seriously, and physicians aim to give the best treatment option.”

The Hippocratic Oath, a pledge doctors take to promise to cause no harm to patients, may come into question with respect to physician-assisted suicide. However, Tan believes that euthanasia does not necessarily constitute breaking the pledge because “one could argue the prolonging suffering in the face of futile care can be harmful…Ultimately, each patient should be given the best medical information possible and be allowed to make his/her choice on how to best preserve life’s dignity.”

Why I Prefer In-Person Learning 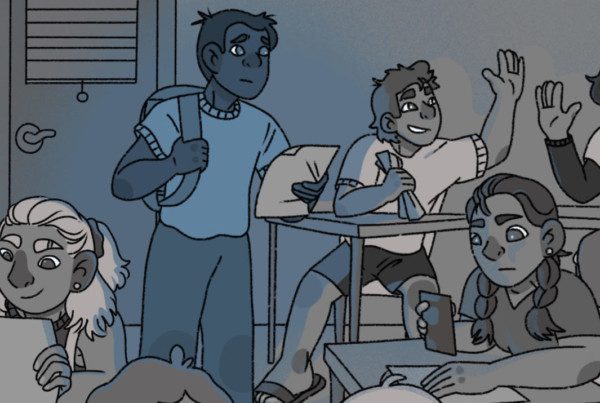