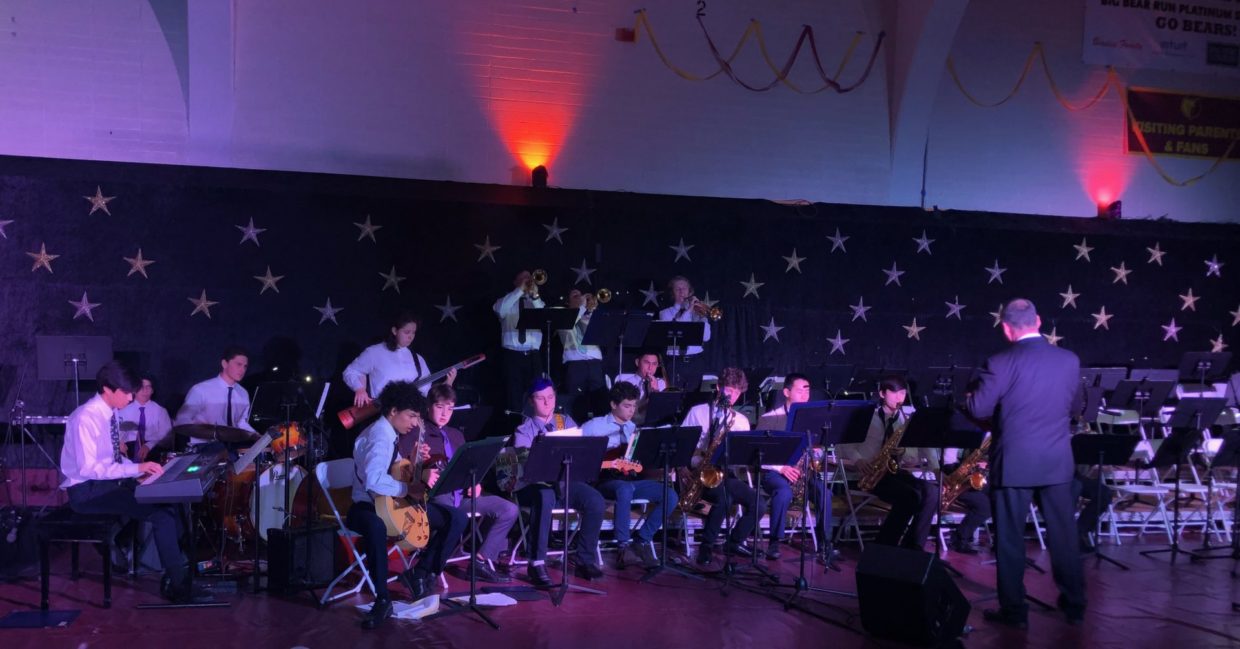 Music Director Kent Kurrus expected the Big Band Dance to make $25,000 for the music program. “Most of [the money] goes towards our travel, our trips. For example, this year we are going to New Orleans with the Jazz Band. The Orchestra and the Concert Band are going to Anaheim. In the past we’ve gone to Carnegie Hall, Nashville, and Chicago. I’d say 90% of the money goes towards travel and the rest to equipment and music,” said Kurrus. 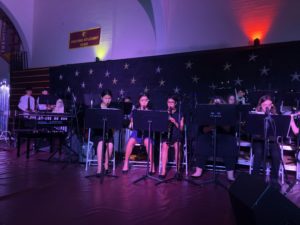 Jazz Band II, Jazz Band III, Orchestra, and Concert Band all performed throughout the night. Junior Giovanni Vial, Jazz III singer, said, “My favorite part about Jazz music is that there is so much more freedom. Jazz is really about taking your base melody and then doing something new with it. Doing something that the audience maybe wouldn’t expect. Playing with the timing and the notes, I think that’s what I like about the genre.”

Sophomore Isabella Eydelsteyn, who plays flute for Concert Band, said her favorite part of the Big Band Dance is “getting together with all your friends and seeing everyone from every musical group. At a regular recital, you just kind of play and then leave. This one you get to socialize. Last year was a really good experience for me, meeting people and getting to know people in my band better.”

Diego Sabio, class of ‘19, said, “I came back because my little brother is performing tonight. I wanted to come back and support the arts, see people I know, and have a fun time.”

The center of Ayers Gym was converted into a giant dance floor, where instructors James Kleinrath and Melody Singleton taught a swing dance lesson. Later on in the night, band members marched around the gym leading attendees in the Second Line Parade, a New Orleans tradition. The band served as the first line, a role attributed to the hosts of a New Orleans celebration.

Although it is their first time at the Big Band Dance, parents Linda and Jim McGeever look forward to attending more band dances as their son continues to be a part of the music program. “It’s the first time we danced together like this in a long time,” said Jim McGeever.

Linda McGeever said, “[The Big Band Dance] brings me back to my high school days of dances in the gym.” 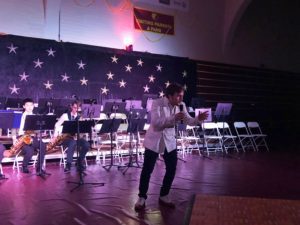 Senior Milo Brosamer soloed a song with tongue-twisting lyrics, challenging the audience to repeat them.

“I came here just to have fun with my friends. It’s great that people of all ages are here and that it’s not awkward,” said junior Jeanette Bridges. Unlike other school dances, the Big Band Dance is open to both students and their families.

“The Big Band Dance is an event that takes a lot of preparation and effort by the students of the music program, their parents and volunteers. It’s a different and unique event I feel like anyone can enjoy,” said Sabio.