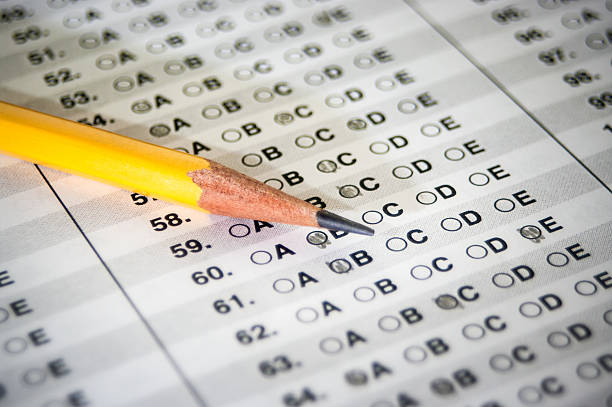 Test-Blind: The Lesser of Two Evils

Though some students have traveled thousands of miles and across state borders to take their exams, standardized tests are quickly becoming obsolete in many college applications. In a recent court ruling, Californian judge Brad Seligman ordered the entirety of the University of California system to go test-blind for the upcoming 2020-2021 school year. The ruling was met with objection and a spokesperson for the UC released a statement saying, “An injunction may interfere with the university’s efforts to implement an appropriate and comprehensive admissions policies and its ability to attract and enroll students of diverse backgrounds and experiences.” With the majority of testing centers closed and those with the means to travel placing communities at risk of COVID-19, including standardized tests during this admission cycle is both inequitable and potentially hazardous.

While neither system requires standardized test scores, test-blind colleges don’t allow admission officers to view the tests at any point whereas test-optional colleges can and will use any scores that a student submits. Initially these two systems seem similar, but in practice they have drastically different implications throughout the application process. While colleges may be test-optional, many schools still encourage and place strong value on standardized test scores.

When 85 M-A students were polled on which system they prefer, 55% of the respondents thought colleges should use the test-blind system. With ever-decreasing access to testing centers, it is understandable to want standardized tests off the table entirely. Senior Neeraj Rattehalli said that “by adding the optional choice, it’s inherently disadvantageous. It leads to the presumption of a bad score and shows a lack of care for not potentially traveling significant distances to take it.” For many who don’t have the resources or support to travel hours out of state, a test-
optional system could unfairly impact their application and negatively reflect on that student.

Admissions offices maintain that it will not have any impact. According to the Harvard Admissions Office, “Students who do not submit standardized testing this coming year will not be disadvantaged in the application process.” However they also state that “the COVID-19 pandemic has created insurmountable challenges in scheduling tests for all students, particularly those from modest economic backgrounds.” The school’s acknowledgement that applicants from higher economic status are most likely to submit a test score highlights the inequity that the test-optional policy creates. Similarly revealing statements are echoed in the policies of many of the test-optional schools across the nation.

Sophomore Jayna Chua said that “The moment colleges are test-optional the admissions officers will favor those who take the test.” Colleges can never know each individual student’s circumstances beyond what is shared in essays, and there is a certain connotation for an application lacking a test score. While colleges claim that their test-optional policy will not harm a student’s chance for admission, when some have an ACT or SAT test score to show, others are inherently at a disadvantage.

Additionally, the option to potentially improve their application chances through test scores places pressure for students to travel unnecessary distances during the pandemic. With travel holding a high risk for contracting and spreading COVID-19, colleges that continue to accept scores are placing both families and communities at risk.

However, standardized test scores are only one of the many areas in college applications where some students have an unfair edge. Virtually every aspect of an application is influenced by the student’s resources, district, and socio-economic status. Here in Silicon Valley, it’s common for students to seek a private tutor or hire a college admissions counselor. Many extracurriculars require money for equipment or favors students who could afford lessons from an early age. Even attending a private versus a public school has the potential to favor wealthier students and provide higher GPAs and more rigorous class availability. Standardized tests can be less biased than curriculum-based measures that vary wildly between each school. However even the SAT traditionally favors the wealthy since students who can afford tutors and purchase tickets to an SAT out of state have an unfair advantage.

The educational system as a whole being inherently inequitable, and with the current state of the world, test blind is the way to go. While in many cases the SAT can serve as a valuable indicator of potential, including the SAT as a metric during a global pandemic is ultimately a discriminatory policy. There are grave disparities in who is able to access testing centers and not submitting a score has a certain connotation despite many not having the opportunity to even take the test. Considering how likely there is to be an extenuating circumstance, standardized tests should not be considered in this admissions cycle. If the goal is equity—and it should be—test-blind is the lesser of the two evils.