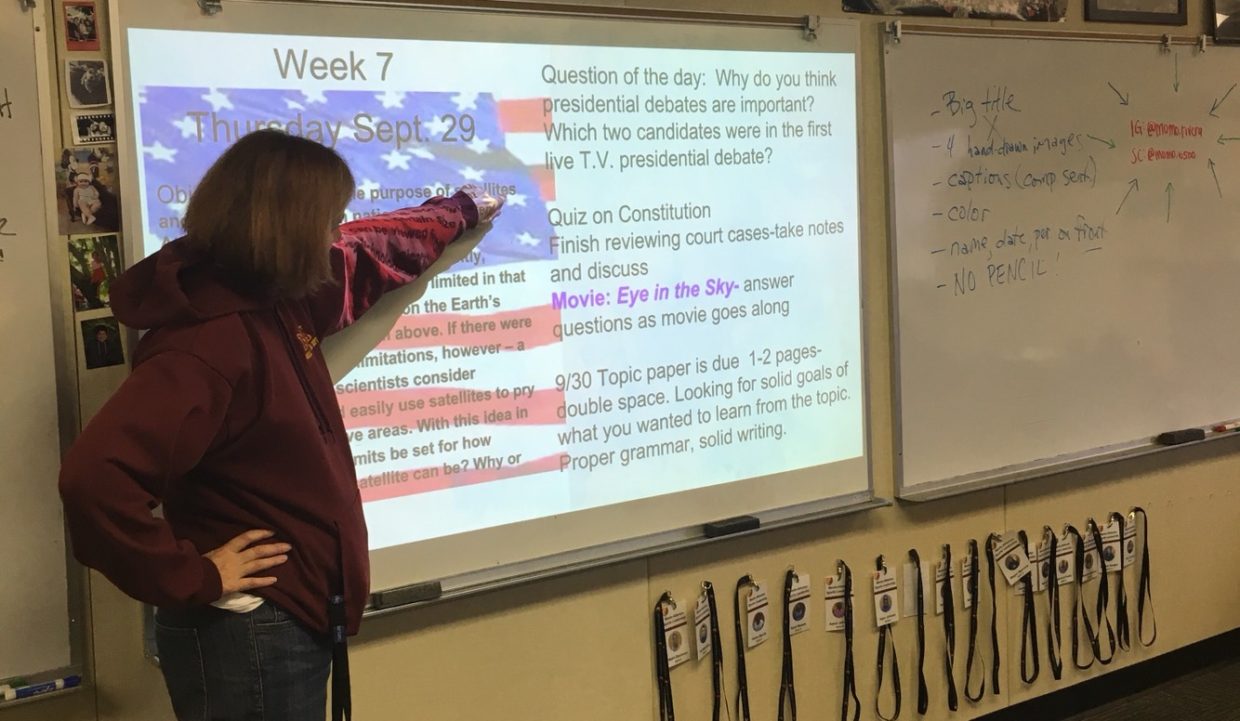 Teaching About the Election One Class at a Time

With the presidential election quickly approaching, we took a look at how teachers teach about the election at M-A. It is a momentous election and one that will have great impact on all students at M-A, yet some students have little interest beyond Donald Trump’s most recent and outrageous comment.

Ellen Jacobson, a government teacher at M-A, plans to teach her students about the election by addressing current events, many of which pertain to the election. Her students will also be taking a detailed look at the Democratic and Republican National Conventions, and as well as the presidential debates.

Jacobson noticed that many of her students’ perspectives on the election could be more well-rounded. “One of the things that fascinated me at the beginning of the year, it appeared to me that there were no Trump supporters,” said Jacobson. While Jacobson does not endorse Donald Trump’s campaign, she believes it is important to have a well-balanced perspective on the election.

“I think that it’s really important that students are educated about the parties, not necessarily Donald Trump”

While Trump has provided countless topics of discussion, Jacobson does not think that he is the only part of the election students should focus on. “I think that it’s really important that students are educated about the parties, not necessarily Donald Trump,” said Jacobson. 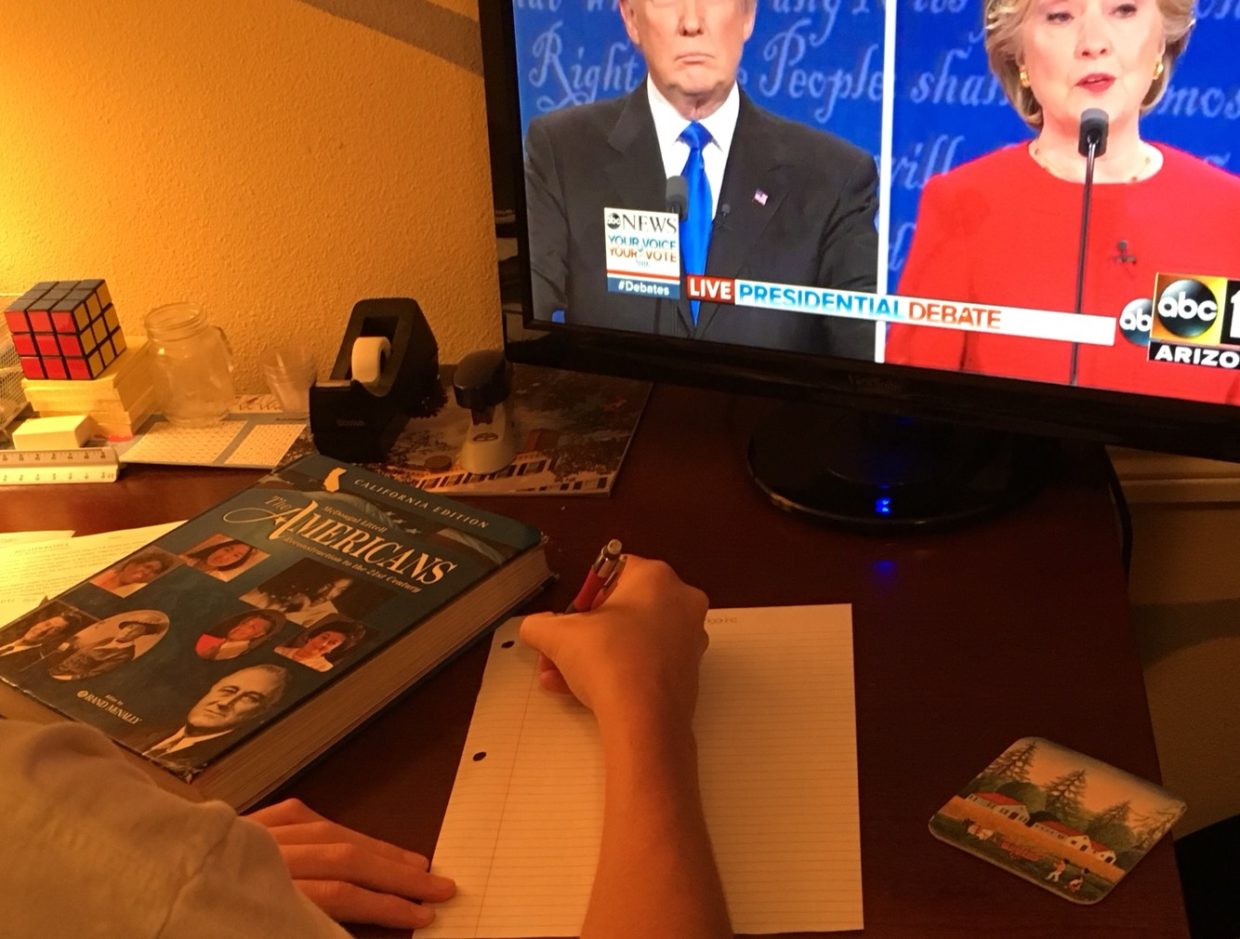 Though one does not have to look far to find some of Trump’s loud opinions, Jacobson illuminates an important skill in not assuming or jumping to conclusions, especially when dealing with a possible future political leader. This skill is one that she hopes her students will learn, particularly those who will be eligible to vote come election day.

Jacobson explained that this understanding originates from the Constitution. She believes that a candidate’s campaign should reflect how that candidate plans to uphold the Constitution: “If somebody is going to be the leader of the free world, then [that candidate] need[s] to know what they are defending, and why they are doing this.”

Voters and students should consider exactly what the Constitution says and how they feel it will be reflected by each candidate. Jacobson stresses the importance of both candidates having a thorough understanding of the constitution, as it is what they will be defending as president. “Whether you are a Republican or a Democrat, Libertarian or Green Party, you need to know what you’re standing for,” said Jacobson.

She noted that the candidate people vote for should not necessarily be the one who is most amusing, opinionated, or entertaining, but instead should be the one who best embodies the voter’s beliefs. “Whatever you believe in, whatever I believe in, we align ourselves with those values, with the best candidate who’s going to bring those principles we want forward to the nation,” elaborated Jacobson.

“Whether you are a Republican or a Democrat, Libertarian or Green Party, you need to know what you’re standing for”

She feels that the back and forth between Trump and Clinton is not constructive, and that the candidates should talk about the country’s issues and how they as candidates would address them, as opposed to finding flaws in their opponent. “Right now they are just throwing mud at each other and I think my students are aware of that,” said Jacobson.

Jacobson is one of only two government teachers at M-A, and she educates her students about the election in various ways. However, she believes political awareness is important for all students. “Whether or not you get it here in the classroom, watching the news, reading the newspaper, or talking to parents, [learning about the election] is really significant,” concluded Jacobson.