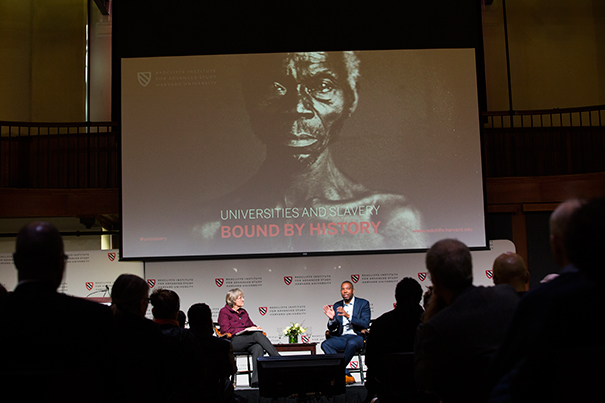 At five years old, every morning I would walk to the Baldwin school in Cambridge, Massachusetts. When it snowed, my mom would pull me over the white dunes in a red plastic sled. I would sprint to Ms. Sack’s kindergarten classroom and pass a detailed engraving of Maria L. Baldwin, the woman for whom the school was named, on the wall.

To this day, I remember learning to read, and the moment I could finally speak the words beneath the engraving. Baldwin was the first black principal in all of New England — and she taught at my school. I was in awe. “I want to be like Ms. Baldwin! And we almost have the same name!” I remember thinking.

But the name of my elementary school had not always been as empowering. Until 2002, a year after eighth-grader Nathaniel Vogel began a campaign to change its name, the school was the Agassiz School — named after Jean Louis Agassiz, a Harvard biologist in the nineteenth century who endorsed scientific racism. Agassiz’s extensive publications supported polygenism, the belief that different ‘races’ have unequal attributes. The New York Times explained, “In 1976, archivists at Harvard’s natural history museum opened a drawer and discovered a haunting portrait of a shirtless enslaved man named Renty, gazing sorrowfully but steadily at the camera.”

The photograph, taken on a South Carolina plantation in 1850, was commissioned by Agassiz and used to devise his theses on polygenism. 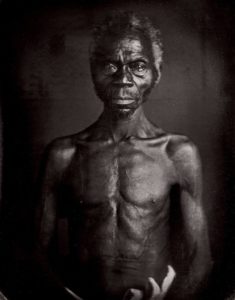 In March, at a conference on Harvard’s historical relationship with slavery, the institution’s president Drew Gilpin Faust admitted that Harvard had been “directly complicit” in slavery, and asserted, “only by coming to terms with history can we free ourselves to create a more just world.” Behind her was a projection of Renty’s photograph, a visual reminder of the university’s disturbing past.

Perhaps the starkest example of the complicity that President Faust emphasized in her speech is the link to slavery at the foundation of Harvard Law School. Slave owner and trader Isaac Royall Jr. provided the land on which the school was built, as well as the financial donations necessary for its creation. On the island of Antigua, Royall oversaw the murder of 77 slaves, burning them at the stake for attempting a rebellion.

Over two centuries later, Harvard students organized a campaign, Royall Must Fall, to urge the Law School to remove Royall from the institution’s crest. On November 18 of 2015, Harvard students held a rally in support of black activists at schools around the country. But the very next day, students and faculty passing through the law school’s Wasserstein Hall discovered an apparent act of racially motivated vandalism. In a corridor known for its portraits of law school faculty, strips of black tape defaced the photographs of several African American professors. The Harvard University Police Department investigated the act as a hate crime. It was later discovered that the tape had been used before — in a protest against the Royall family seal. Whoever vandalized the portraits likely removed the slashes of tape from the Royall crests where they had been placed earlier in protest.

That day, students gathered to place bright post-it notes with thoughtful messages and expressions of gratitude on the frames of the portraits of the African American professors. Soon later, the Royall Must Fall campaign published an open letter urging the Law School to change its seal. In response, Law School Dean Martha Minow appointed a committee that voted to replace the coat of arms.

Many considered this step an important victory. Yet, as the New York Times explained, “ some students said the administration had not done enough to make the school fully inclusive of minority students and faculty members, and voiced an array of concerns that ranged from the relatively low number of black professors — there are 12 black permanent full-time faculty members out of 125 — to the way the school taught law.”

For those who view the symbolic change as insufficient, the central question concerns the institutional obligation to make amends for development premised on slavery. The debate must focus not only on symbols but on reparations. Author and journalist Ta-Nehisi Coates explained, “I think every one of these universities [connected to slavery] needs to give reparations. I don’t know how you conduct research showing your very existence is rooted in a great crime, and then you just say, ‘Well, sorry’ and walk away.”

While Harvard Law School has changed its coat of arms, it has not yet committed to reparations. At the same conference at which Harvard President Faust recognized the school’s role in slavery, Georgetown historian Adam Rothman helped lead the discussion as a panelist. According to the New York Times, Rothman asked the audience if Harvard should make reparations in the form of scholarships for descendants of slaves. The Times reported that many hands shot up. 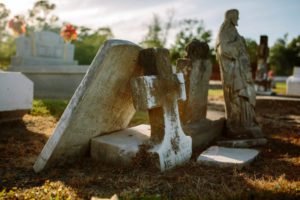 Grave of Cornelius Hawkins, one of the 272 people to be sold as slaves in 1838 to finance Georgetown University. Photo courtesy of William Widmer.

Rothman’s institution, Georgetown, also has a history deeply entwined with slavery and the slave trade. In 1838, Maryland Jesuits sold 272 men, women, and children to pay off the university’s debts. Other Maryland Jesuit plantations financed a significant portion of the school’s operations.

On September first of last year, Georgetown President John J. DeGioia declared that “descendants of the slaves who built and worked at the Jesuit institution would be treated the same as legacy admissions candidates, such as those related to faculty and alumni,” wrote the Los Angeles Times. In addition, two of the school’s buildings will be renamed to honor Isaac Hawkins Hall, one of the 272 slaves, and Anne Marie Becraft, a free black woman and teacher of catholic girls in Georgetown.

While Georgetown’s efforts to rename buildings and facilitate admissions are important, they fall far short of what reparations advocates believe would be just.

Closer to home, historical tensions with universities are decidedly different yet remarkably similar. California’s more recent history largely avoided the race-based slavery that plagued the development of the rest of the United States. Nonetheless, our development involves profound ethnic and racial inequality and exploitation.

The New York Times wrote, “Indian historians and authors blame Father Serra for the suppression of their culture and the premature deaths at the missions of thousands of their ancestors.”

In his book “Junipero Serra: California’s Founding Father,” University of California, Riverside professor Steven W. Hackel explains that Father Serra believed that natives were unfit for self- government and unable to choose their own partners.

It is important that universities are beginning to debate these issues. But Georgetown University, Harvard University, and Stanford University are a handful of schools in a nation whose entire infrastructure was based on slavery. University of Connecticut researcher Thomas Craemer estimated the hours all slaves in the United States worked from 1776 until 1865. After multiplying this number by the average salaries of the time, and compounding the value at an interest rate of three percent each year, his estimate for the cost of reparations for slavery totaled from 5.9 trillion dollars to 14.2 trillion dollars. Our country has yet to embrace a robust discussion of its accountability for centuries of slavery.