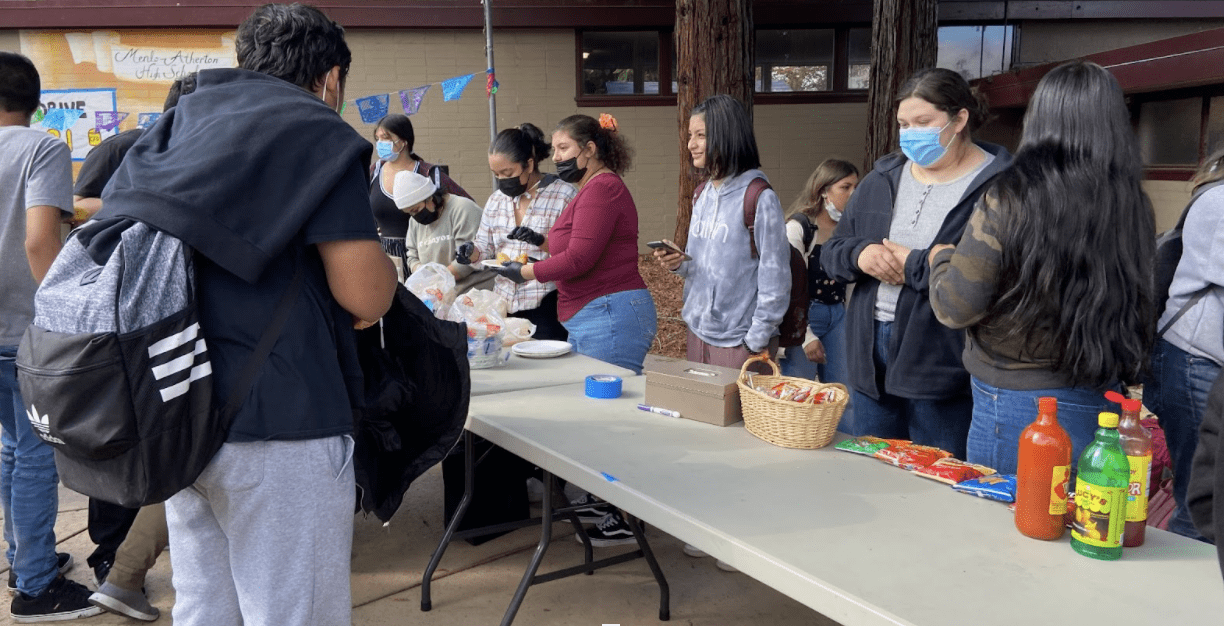 For the Spanish version of this article click here.

On Tuesday, various groups such as LUMA, Intercambio, and Spanish classes came together to host a Día de Los Muertos celebration on the green. Many students danced to music, learned about the traditions associated with Día de Los Muertos, and lined up to eat traditional foods like tamales and pan dulce.

Senior Alejandra Lombera, who is a part of LUMA, said the event really illustrated how “when we [the Latinx community] really wants something, and we shoot for it, we get it. The Día de Los Muertos celebration was way better than the one leadership planned for Latinx Independence Day, which was kind of a bummer because we didn’t get represented well, but we got back on our feet.”

Spanish teacher Salvadora Calonje said, “I reached out to all the staff to see if anybody would be interested in getting together and planning the event, and some teachers and clubs responded. The idea was to get as many people participating in the event and not just one class or one club.”

Calonje said, “I had my sixth-period class come during zero-period to set up the sawdust carpet, first-period set up an altar, fourth-period helped with final set up right before the event, and fifth-period cleaned up. I love seeing my students feeling happy and part of a community at M-A. It’s important that they can show their culture and their traditions.”

Senior Leilani Valencia, who’s in Calonje’s class, said, “Our class was in charge of decorations, so we used wood to create a design on the floor. We also made orange flowers and posters to advertise the event.”

Latin American studies teacher Ahzha McFadden said that in addition to hosting a smaller class celebration, her classes also “made an altar, a mural, and informational packets. They worked on that for a couple weeks, and also coordinated the sale of Arroz con Leche.” She added, “I’m really proud of my students, and all the work, time and thought that they put into this.”

mbrera said, “I set up an altar with my AP Spanish class, and another one for LUMA. Overall, it took us over two hours to set everything up. It took a lot of time and effort, but I think at the end of the day, it was so great to see everybody come together as a team.” Lombrera also helped sell tamales and chips with “limón,” “chamoy,” and “Valentina” for LUMA. She said, “LUMA sold about 100 tamales and made about $500. It was great to see people helping out the community.” 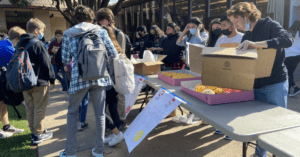 Lombrera said, “We [the Latinx community] all love the fact that people are being more considerate, and involving us more. You can ask for help, and we will be more than glad to represent our culture. If anybody else wants to represent it with us, they are more than welcome to.”