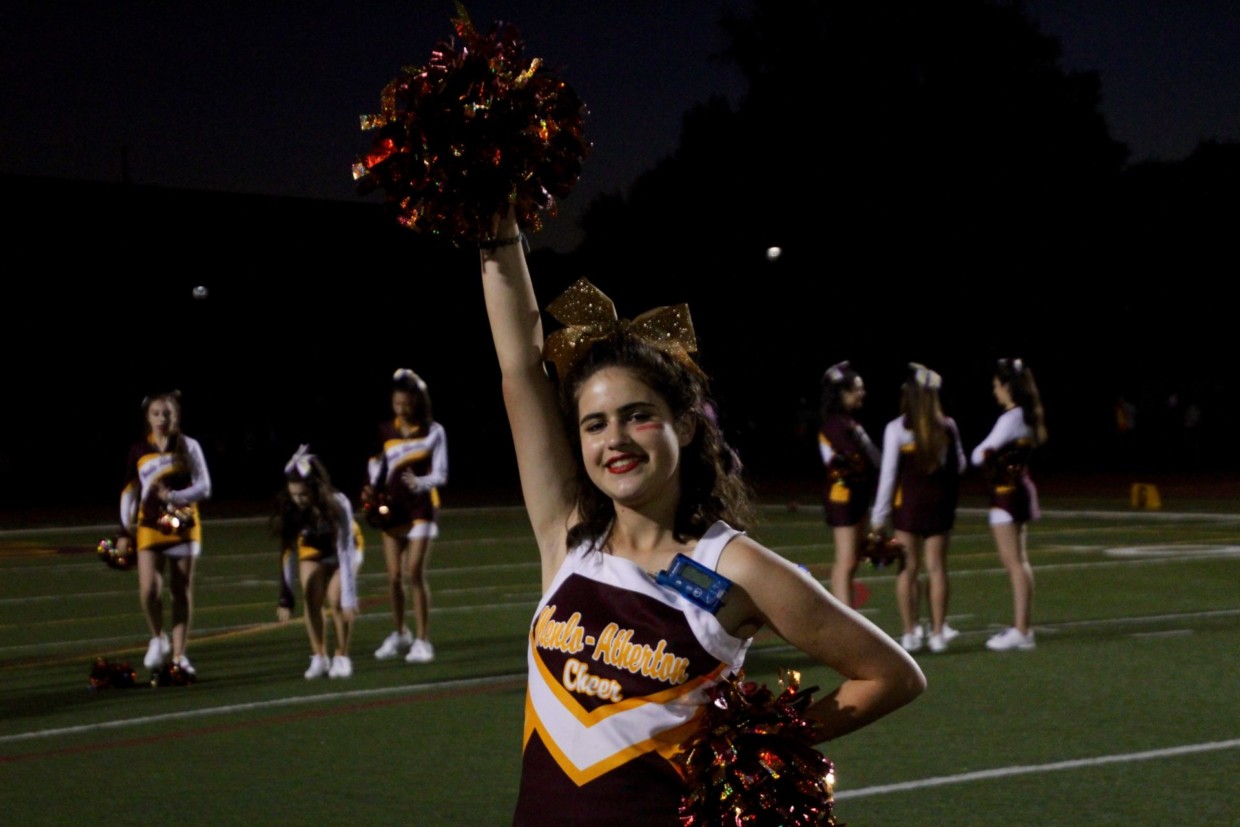 Meet Gabby Adler. She is a typical sophomore here at M-A, however, she has type 1 diabetes. Throughout her life, she has had to deal with the stigma that comes with having a disease, as well as the fact that her disease is invisible to strangers, her peers, and even her friends.

All forms of diabetes are a result of the body’s inability to produce the proper amount of insulin, however, different types of diabetes are caused by different things. Type 1 diabetes, which Adler suffers from, can either be genetic or the result of an illness. It leads to an improperly functioning pancreas and is deadly if not treated.

Day to day, Adler has to regulate her blood sugar and ensure that she has 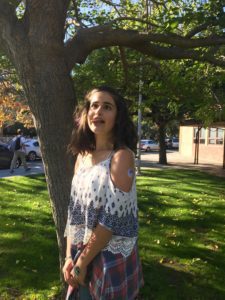 Adler having some fun getting her picture taken.

just the right amount of insulin to keep her body working properly. Adler has to count carbohydrates, as well as take blood samples before eating carbohydrates so that she knows how much to adjust her insulin. She said, “It’s like a little math game every time I eat.”

Adler has a small tube that goes inside of her body and is connected to a small blue box that she often keeps on her jeans or shirt. Every three days, Adler has to change the tube out, but otherwise, it stays on at all times. She commented, “It’s pretty much like a huge secret to have Type 1 diabetes. No one really knows that this box is not a pager, and I check my blood sugar before meals, and I have to do all this. It’s pretty painful honestly.”

Type 2 diabetes, on the other hand, has completely different causes. It is often caused by a less healthy lifestyle and an unregulated diet. Despite the completely separate causes, Adler often comes across people who assume that she has Type 2 diabetes. She exclaimed, “I’ve had some situations where I tell people ‘yeah I have diabetes’ and they’ll be like ‘wow you look so thin!’” 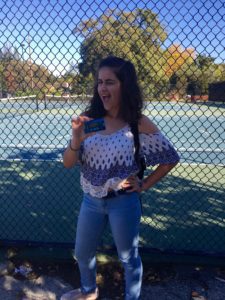 Adler shows off her insulin pump.

As type 2 diabetes is often the only type of diabetes people know about, Adler expressed her frustration at how ignorant people can be of her disease: “When I tell people that I have… diabetes I don’t usually mention ‘type 1′ because I don’t think that people know that there’s more than one type of diabetes… I don’t really want to explain it to people because perhaps they don’t want to know… they don’t really care. I don’t feel like I have to justify to them that I’m healthy.”

Adler didn’t always feel as though it was hopeless to explain her disease to others. She recalled one such experience: “ I’d think about occasionally asking the teachers if I could… go up on a certain day and talk about my diabetes so everyone would be more okay with it… But then I realized, people don’t really care that much.”

Despite her previous efforts to educate others about type 1 diabetes, Adler has stopped trying to explain herself to others. “So many times when people asked what I’m wearing… and I tried to explain it to them, they just really say ‘oh ok.’ And their mind is just blank, I know they’re not getting it. They don’t care, they don’t want to get it. So I just stopped.”

In addition to the ignorance so many people have shown Adler in relation to her disease, she is often forced to hide it from others. She remarked, “Any of my main meals or any time that I eat carbs I have to check my blood sugar which involves pricking my finger, drawing blood, and putting it in a machine, which a lot of people don’t like to see in public. So it becomes like 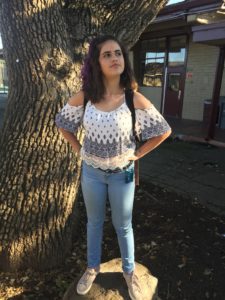 Adler is just one face of type 1 diabetes, and the time has come to accept it.

a private thing I have to keep to myself… I’ve gotten people saying that they don’t like to see blood… and it becomes my responsibility to go to the bathroom and check my blood sugar… I have to hide it behind a table or something… It becomes an issue.”

Adler understands that what she has to put herself through is unfair. She expressed, “I put myself in situations where I’ve made it more uncomfortable for me to check my blood sugar, to make it more comfortable for others… I put myself in this situation just so others don’t have to see me check my blood sugar… just because I’m so used to it and they’re not… At some point, I’m going to just have to say ‘screw it’ and just do it in front of them, make them get used to it! People have diseases and you’ve got to grow up with that!”

Adler concluded, “I want people to know that there are different types of diabetes, I don’t have it because I ate too much fast food. I have it because of a virus! And people have diseases… And I understand that this is new to you, but accept it. It’s not going away, it’s just making me feel uncomfortable that you’re uncomfortable.” 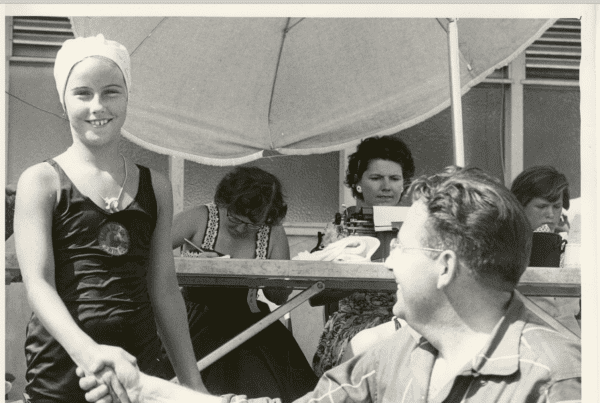