Space: Putting the World in Perspective

There’s something freeing in feeling wholly insignificant. If I’m not even a blip on the giant cosmic radar we call “Space,” what really is my excuse for not living the way I want to—certainly not the other not-blips. So here’s a few giant space facts so we can all feel tiny.

Because I myself know very little about space—apart from that we’re in it and it’s really very cool—I took it to the experts. Geometry and Physics teacher Khao Dao, who hopes to teach astronomy at M-A, said, “There’s a thing called cosmic microwave background radiation. On the old tvs with the static that you see in gray, a bit of that is the universe emitting a 2.73 K signal.” The rest of the static comes from radio signals.

Dao said, “Since the universe expanded, it’s been cooling down very slowly, but there’s this faint signal, leftover heat, you can detect with a radio telescope.” CMB can be observed from all directions throughout the universe. In a way, when we observe CMB, we are actually seeing the afterglow of the Big Bang. 13.7 billion years, and almost literally as old as time itself; it really puts how long we’ll live, maybe maybe 0.0000006% of that time, into perspective.

If what we do understand about our universe is humbling, wait until you realize just how much we’re missing. According to Dao, “We can really only see about 4% of the universe’s matter. 96% of space we actually don’t know what it is.” 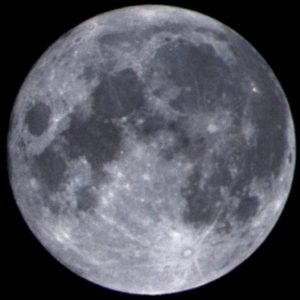 Part of that observable four percent is black holes. But even still, while we know black holes exist, Freshman and Astronomy Club member Karina Gadre said, “We don’t know too much about them.” What we do know is “they differ in size. It makes it interesting to see what happens when two of them collide.”

Gadre likes to think of black holes like folds in space. She said, “If you imagine a sheet, if you pinch the center of it, that is essentially what happens in a black hole. And light and everything is broken up into the smallest pieces, so nothing escapes.” Like an origami cosmic shredder.

What we do see, like constellations, apparently aren’t so easy to pin down either. Freshman Connor Bae, also a member of the Astronomy club, said, “You know how all those people created the astrological signs way back when? Your birth month now is actually different from your constellation month.” Gadre added, “It’s based on what they saw, so now it’s off by a month or so.”

Whether someone believes in astrology or not, most people know their star signs. Because Earth’s north axis has changed directions, for us the sky has shifted since the Babylonians identified 13 constellations and assigned 12 of them to their calendar. Thus, if you base your star sign on which constellation was actually behind the sun at the time of your birth, your new star sign is likely the one before yours. In my case, though I once thought I was a Sagittarius, I’m actually on the cusp of Scorpio and Ophiuchus—the 13th constellation that NASA added back in—with the new calendar and my late November birthday. If I was into astrology, this would be downright existential. (Check out your “actual” star sign here.)

Let us take a step outside our solar system, though. Sophomore Benji Weiss said, “We’re finding a lot of bodies with water, which is a key sign of life.” Similarly, Junior Aarya Ayyar, president of Astronomy Club said, “We’ve actually discovered another exoplanet around the same size of earth that might even be better. It shows the vastness of our galaxy and how many other planets there are out there like ours.” Maybe organisms on those planets are writing about us.

Even though the universe has so much life, however, most of it is empty space. Senior Adrian Deutscher-Bishop* spoke of the Boötes supervoid, colloquially referred to as, “The Great Nothing.” Deutscher-Bishop said, “If we were in the Boötes supervoid, we wouldn’t have discovered there were other galaxies until 1969, because the technology to see that far into the universe had not been developed until then.” 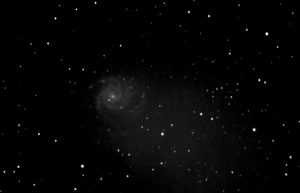 A lightyear is the distance light travels in a year. For the Milky Way, which is 100,000 light-years across, it would take 100,000 years for light to fully cross it. For the Boötes supervoid, it would take thirty thousand times as long. Which is sort of maddening; we don’t even register on the cosmic scale.

Although there’s a certain freedom in realizing our smallness, when it all comes down to it, we’re really quite something.

Every time we look into the sky, we’re seeing light that’s traveled through space, maybe billions of lightyears, to have reached us. “I like to think of a telescope as a time machine.” Dao said. “When you point it at an object that is, say, 300 billion light years away, you’re seeing it like a snapshot of what was going on at the moment that it emitted that light. That same light’s just been traveling for 300 billion light years to get to us, and we get to see it.”

While we haven’t actually seen any objects farther than 93 billion light years away, whose light would only have been traveling 13.8 billion years (this makes sense, I learned, because the universe has expanded since the light was emitted), we get to see ancient light from all across the universe. Given all the statistical wonders that must have occurred for each of us to be as we are, including the creation of matter entirely, the fact that we’re able to look up at the sky and see ancient light is pretty special.

Besides, maybe it doesn’t matter that everything moves, and time is long, and we know nothing of most of everything. After all, as Dao likes to put it, “Everybody is stationary in their own reference frame. Everyone is the center of their universe.”

If you’re interested in space or want to find out more about our universe, look out for Astronomy on the course catalog for next year. Dao’s plan if the class is offered is to “first teach Fermi estimations so students can understand the scale of everything. Then we’d probably talk about the planets, the habitable zone, the solar system, Kuiper belt and the Oort cloud. We’d go into star formation—the birth and death of stars—for about a quarter, and at the end we’d talk about galaxies, galaxy formation, and dark matter.” Over the school year, Dao said, “We’d probably do a lot of projects and look at telescopes. I’d hope to take students to an observatory like the Lick Observatory at some point; it’d be a lot of fun.” Or check out Astronomy Club in F-11 at lunch every Monday and Friday.

*Adrian Deutscher-Bishop is also a journalist for the M-A Chronicle.