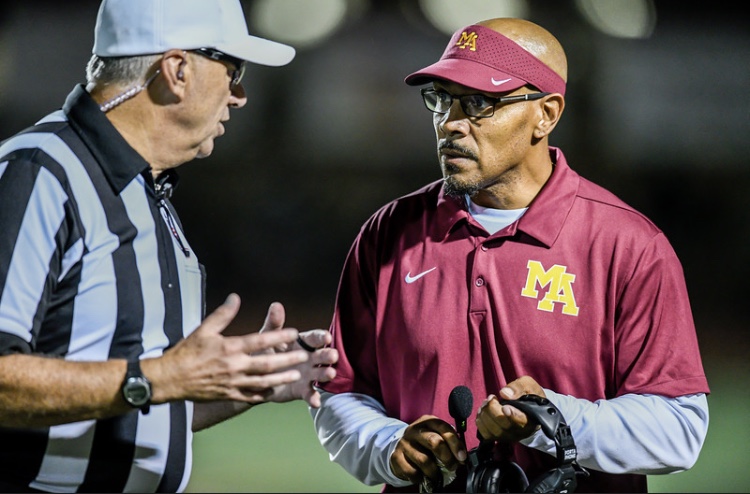 Due to the high amount of coach turnover last year, the M-A athletic community welcomes six new varsity coaches, who have an array of backgrounds in coaching at many different schools and clubs. The new coaches expressed excitement for the upcoming seasons and shared some of their goals for their teams.

After the previous head coach Adhir Ravipati announced his departure from the M-A football program, the team was turned over to Steve Papin. Papin previously served as the JV coach at Piedmont Hills High School, offensive coordinator at Evergreen High School, head coach at Gunderson High School, and head coach at Independence High School before receiving the job of head coach at M-A. According to Papin, he was drawn in by “the culture…the state championship…and the athletes at M-A and how they get after [their goals].”

So far, he has been impressed by how the school and program “sets up [the players] to succeed with study hall and the support groups…they care about the kids on and off the field.” This year he is looking forward to connecting with the players to “build on what Coach Adhir has done over the past couple of years.” Papin said, “I’m extremely proud and happy that I came here.”

Lauren Lesyna, the girl’s varsity water polo coach and new biology teacher, worked at Stanford Water Polo Club and Gunn High School before coming to M-A. She has been very impressed with M-A so far, commenting that “M-A definitely has the most spirit that I’ve ever seen and in a school or a program. Just the dedication to school spirit and to supporting each other is something that I haven’t really seen at other clubs or schools.” 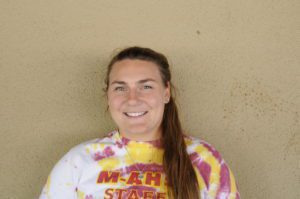 Leysna poses for a photo.

Lesyna has high hopes for this season. In addition to hosting the Amanda Mac tournament earlier this month, her goal is to “get our team to play as a cohesive unit. I think we have a lot of great individual talent, but it’s bringing everyone together and being on the same page in the pool that’s going to be really important.” Lesyna also explained “It’s only been a few weeks, or a month, I guess, that I’ve really been around. But it’s so amazing so far, I’m really excited.”

After an incomplete season last year and multiple coaches in the last few years, softball will look to new coach Steven Griggs to turn the program around. Griggs, who previously coached at Tennyson High School in Hayward, intends to focus on “rebuilding the program.” In order to keep the softball team intact and able to play the whole season, “every Tuesday and Thursday [we] are doing conditioning…for everybody.”

Additionally, he hopes he can “get players who can work together on the field” to “regenerate the interest.” This year marks Griggs’ 27th year of coaching and he looks forward to getting “a team and a program together” this year and finishing the season.

Mark Baker, an M-A graduate and new girls golf coach, was an assistant coach for two years before he stepped into the head coaching role. In addition to golf, Baker was involved in the M-A community, serving as the treasurer of the M-A lacrosse team and Financial Secretary of the M-A Athletic Boosters. 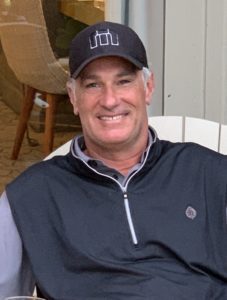 This is his first experience coaching a school team and so far he loves the “teamwork and school spirit surrounding coaching a Menlo-Atherton high school varsity team.” He hopes to win the Peninsula Athletic League (PAL) championship, but more importantly, he wants to “help the girls on the team develop a lifelong love and passion for the game.”

The new boys baseball coach, David Trujillo ran travel teams and coached at M-A as the JV coach for three years. He said “coaching high school is a lot different from coaching club baseball. The sense of community and school pride — it’s a lot different.”

Trujillo also mentioned a number of changes he plans to make to the program this year. “I’m trying to get a new field and have the turf redone. We’re redoing the batting cages and we’re getting new uniforms.” He expressed his excitement for the upcoming season, “I love it at M-A, I wouldn’t want to be anywhere else.”

Steve Yob, the new girls varsity basketball coach, has previous coaching experience at M-A as well as other schools, including Woodside and Palo Alto High School. “When I saw the job online, I immediately jumped at the position and applied,” said Yob, “it was just automatic, I was like, that’s where I want to work.” Yob also added that he was most excited to get to know his players. “Just helping them better themselves, and building relationships with all the players, I really look forward to that part.”

In addition to connecting with his players, Yob has multiple goals for the upcoming season. He said he is hoping to “get better every day and to have fun and build team camaraderie.” He added, “obviously we’d like to win league, but just the day to day stuff, that’s what I’m focused on.” Yob said “we haven’t even gotten started yet. So I can’t wait.” He continued, “Come out to the games. Cheer and be loud.”