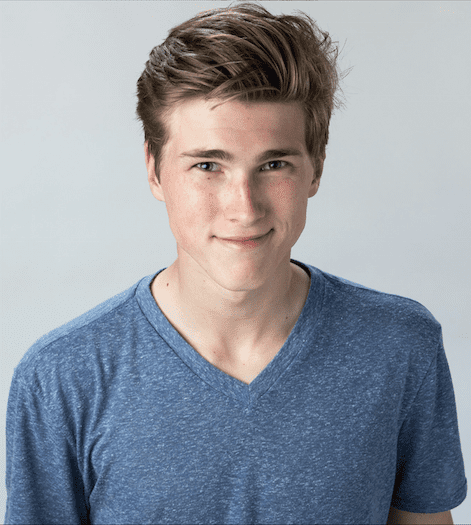 You saw his posters all over campus, you heard his speech on M-A Today, but do you know what his plans are for M-A? Senior class president Ian Peterson sat down with me to share his goals for next year, here’s what he had to say:

Though he and running mate Jean Claverie used humor to win the hearts of the senior class, running on the promise of putting “swings on M-A’s campus because that’s what it needs” Peterson acknowledged that, “that’s not what M-A needs. M-A needs a lot more.”

One of his concerns is “quality of life” which includes bathroom maintenance and general satisfaction with the school.

Part of his campaign included lobbying with the administration for soap in the boys’ bathrooms and expects much change next year will come from “a lot of emails and a lot of talking.”

Despite the humor, Peterson’s plans are fairly serious. He admits that Claverie and himself have “developed and grown, and there are some other, tougher, more important issues [they] want to tackle.”

The two have been planning to run for student government “since freshman year” and that time has given Peterson ample opportunity to find changes he wants to make at M-A.

Peterson’s primary interest is with the school’s slogan. He commented, “Our school slogan is ‘strength in diversity’ and that’s great… but it’s not really true, and I think instead of a slogan it should be more of a goal.”

Eager to try and close the racial and socioeconomic divide on campus, Peterson has several ideas for next year to bring the student body together.

One of these ideas is club alliances, because many students participate in clubs and extracurriculars with the same group of friends that they spend time with at lunch and in classes, which Peterson believes is “kind of ridiculous, and it’s a self-perpetuating cycle of concentrated same-people same-group interactions that I want to focus on fixing.”

Peterson believes more economically accessible social events and more inter-club collaboration could be effective in solving this issue. He added that he “really wants” an assembly at the beginning of the school year with a panel and presentations from clubs like the Black Student Union and the Latinos Unidos de M-A, all to encourage the unification of the student body. He also wants to address publicity and logistics in regard to Multi-Cultural Week to make it more effective and respected on campus.

However, these are lofty goals, and Peterson understands that. He commented, “obviously I don’t think every problem we have in terms of diversity can be fixed in one year, but it definitely can be helped, and I want to at least leave a legacy of working towards fixing it.”

Peterson concluded that next year we can expect “good changes; changes you want, and also changes the school needs.”

To submit an idea, opinion, or concern to Peterson follow this link:
bit.ly/IANJEAN