FeaturesTo Be or Not to Believe

Sandra’s Story: Coming to Terms With My Faith and Sexuality

The names used in this story have been changed.

Sandra, a senior at M-A, realized during her sophomore year that she was attracted to one of her best friends. This began a trying period of questioning for Sandra, as she came to redefine her own values and relationships. Almost two years later, she’s been able to come out to family and friends, cope with mixed reactions, and figure out how to balance her religion as it relates to her sexuality.

In December of Sandra’s sophomore year, she discovered that she cared about one of her best friends as more than ‘just a friend.’ “It was just the simple attraction and the fact that I’d be sitting in class and everything reminded me of her. She was always on my mind. I compared my relationship with her to my relationships with my other close friends and realized that something was very different. However, I thought that it was an exception; I thought that she would be the only girl I’d like, but I was wrong. It was a comfort because I didn’t want to accept the fact that it might become a lifestyle.” Sandra wanted to believe that she wasn’t gay and that Anne was an exception.

When Sandra first realized that she wasn’t straight, she worried about and feared the uncertainty of the future. “It was hard to accept it because I knew that my parents wouldn’t be happy with it. I was also afraid of the public; I thought I would be looked down upon. Thinking about simple things that I’d never worried about before, like planning a wedding and having kids suddenly scared me. I didn’t know how you would even have kids in this situation.”

The first person Sandra came out to was an accident. She was at Woodleaf, a camp that Menlo Park Presbyterian Church (MPPC)’s youth group attends over the summer when she was telling her church leader about her relationship with Anne. She slipped up, saying ‘she’ instead of ‘he,’ and broke down sobbing. Sandra recalls, “We stayed up until midnight talking. My church leader’s response was amazing and not what I was expecting from her. It helped me realize that I didn’t have to be straight to be accepted by the church.”

Three months later, Sandra finally worked up the courage to tell her best friend, Jane. “I had butterflies in my stomach and felt really numb. I told myself, ‘just say it, just say it.’ Jane wasn’t even surprised; she was unfazed and accepting. It felt as though a weight had been lifted off my shoulders.”

After two months of urging from Jane, Sandra finally accepted that she needed to tell her parents. She realized, “My relationship wasn’t healthy with them after almost a year of lies.” She knew that that conversation would be the hard and worried that “ [her parents] were going to kick her out of the house.” Sandra explained, “Our faith, Christianity, is a huge part of our family and I knew that my parents didn’t think that it was right to be gay. One of my uncles came out a long time ago and no one talks about him, so I already knew that [my coming out] wouldn’t be acceptable.

I came out to my mom right after tutoring. My friends had helped me come up with one line to say. I wrote it down on a little piece of paper.” The two were in the car at a stoplight when Sandra said, ‘Mom, me and Anne are more than just friends. She asked if I was kidding in disbelief. I told her, ‘No Mom, I’m not kidding.’ She drove in silence the entire ride home. I was thinking to myself the whole time, ‘What have I just done?’

When we walked in the door to my house, my mom went into the kitchen and started crying. When my dad asked, ‘Why is Mom crying?’ I told him what I had told my mom. He looked at me and said, ‘I don’t have time for this.’ His reaction made me feel like he didn’t even care about me and that he was disowning me.

From there on out, my parents tried to show me Bible verses to make me understand why my sexuality was not okay. I made some bad decisions due to the stress I was under and lost a lot of their trust. It wasn’t one decision in particular, but the accumulation of months of rebelling that followed my coming out, that distanced me and my parents. They took away my phone, they read my text messages, they put a tracking device on my phone. I never wanted to go home during this time. Home just wasn’t home anymore. I’d always had a great relationship with my parents, but then all of a sudden they didn’t know who I was anymore. I didn’t want them to know who I was. Even though it was really hard, I’m glad that I did tell them when I did.

One night when I arrived home, my dad was sitting in the driveway waiting.” Sandra’s dad had wanted her to come home at 8 p.m. when the two had originally agreed on 10 p.m. “He took me in the car for two hours yelling and swearing at me. He told me about how horrible I am and how worried he is about me being gay. I made sarcastic responses; I didn’t know how to handle his anger. I was trying to make fun of him while he was yelling and swearing at me. It didn’t help. I cried myself to sleep that night.”

“[My mom] underlined the parts of the verse that said ‘don’t [be homosexual].'”

Sandra’s parents continued to present her with Bible passages, trying to explain why it wasn’t right to be gay. “[My mom] underlined the parts of the verse that said ‘don’t [be homosexual].’ I was just stuck staring at the verse because I didn’t have any arguments against it. That’s when I realized I needed to figure out where my sexuality fit into my religion. It reminded me of one of the first things I asked myself: Where does my sexuality stand in regards to religion? Does this mean I can still be religious if I’m gay?

During this period of almost six months, I questioned my religion constantly. I focused on it in a way I never had before. I studied the Bible and did all the research I could on my religion and how it would be affected or not with my sexuality. This focus actually strengthened my religion. I feel more confident in it now. I have good arguments to support my beliefs. It’s more defined because I actually took the time to pursue it. I understand it more. Religion made me realize the importance of helping others and that helping others is the most rewarding thing I can do.”

This summer, Sandra went on a service trip to Nepal with an openly anti-LGBTQ organization, Teen Missions International. Sandra explained, “The first sermon [on the trip] I heard was right after the US legalized gay marriage: ‘The very foundations of America have been shaken by the legalization of gay marriage.’ That’s when I realized how hard this trip was going to be.”

“The other kids would constantly yell, ‘Stone the gays.’

She continued to describe the hatred that her peers expressed towards homosexuality: “The other kids would constantly yell, ‘Stone the gays.’ Hearing this definitely did make me re-question, ‘Is this okay?’ I was able to brush it off because I realized these kids were just ignorant. They had never met anyone who was gay and all they had been taught was that it is not okay to be gay. They didn’t know any better. I dealt with some of the anger by sledgehammering the walls of the buildings.”

Upon returning from her trip to Nepal, Sandra talked with her parents about, “making this year a lot better than last year.” She added, “Both my parents and I are at fault for how horribly it went. I’ve forgiven them and will always try to understand their opinions, but it’s hard. It’s just a hard situation.”

She concluded, “Now that I am accepting of myself, I want to become more knowledgeable about the LBGTQ+ community because I’m not very aware. I still don’t have a ‘label’ for myself other than, ‘I’m dating Allie.’ I don’t really feel the need to figure out a label though. I often refer to myself as gay because it’s easier to explain, but I honestly don’t know.”

She recommends to people going through similar experiences to, “Be honest to yourself and others.” To parents of individuals who are coming out, she encourages, “Respect your kids’ perspectives and understand that it’s really hard to be on either side. It will get easier. Love your kids no matter what.”

To those in similar situations, Sandra says to not be afraid to seek help from outside sources. She herself looked for help and received meaningful assistance from M-A’s Star Vista counseling.

Features To Be or Not to Believe No Comments 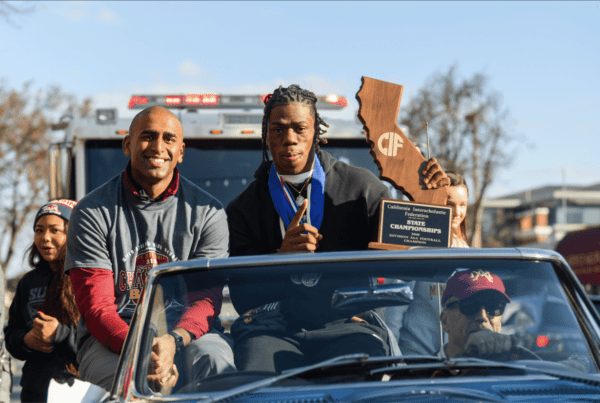 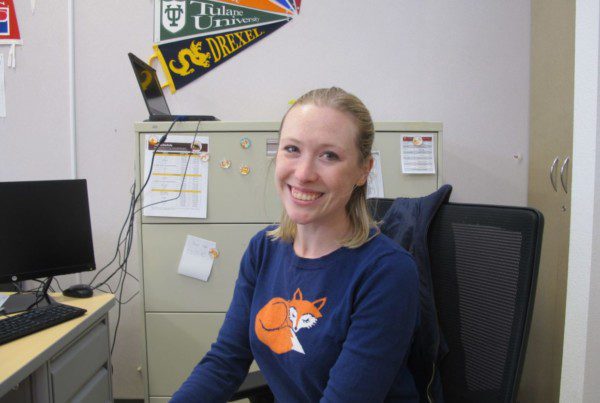 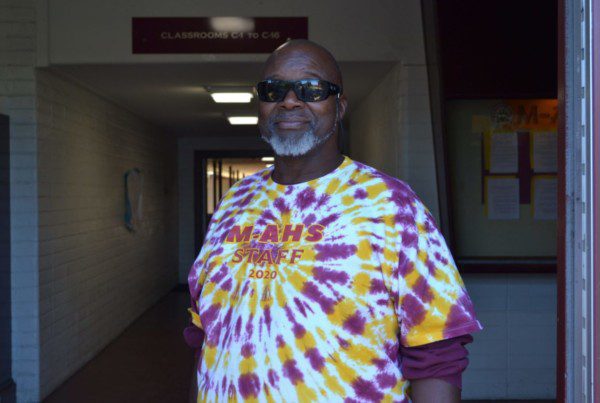