Relay for Life raises 65,000 dollars for the American Cancer Society

On May 6, the Relay for Life of Mid Peninsula, organized by the American Cancer Society was held at Sequoia High School in Redwood City.

This fundraiser takes place every year in May not only to raise money for cancer patients and research but also to unite the community and commemorate loved ones. This year, the event’s theme for team booths was decades. 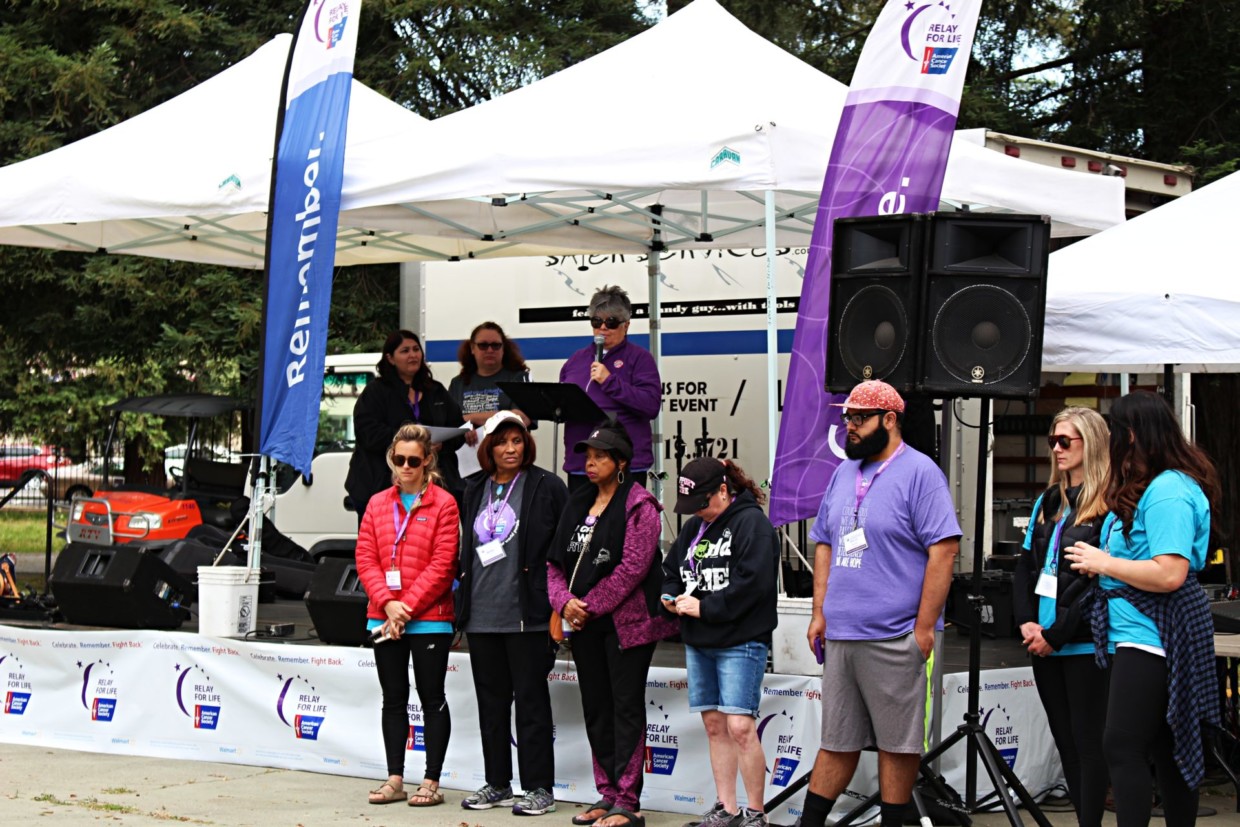 The event took place from 10 a.m. to 8 a.m. the next morning. It began with the opening ceremony, where cancer survivors and caretakers delivered speeches and shared their experiences battling cancer. After the speakers, the walk began with the Survivors Lap, where survivors and their caretakers were celebrated as they walked one lap around the path before others could begin walking. 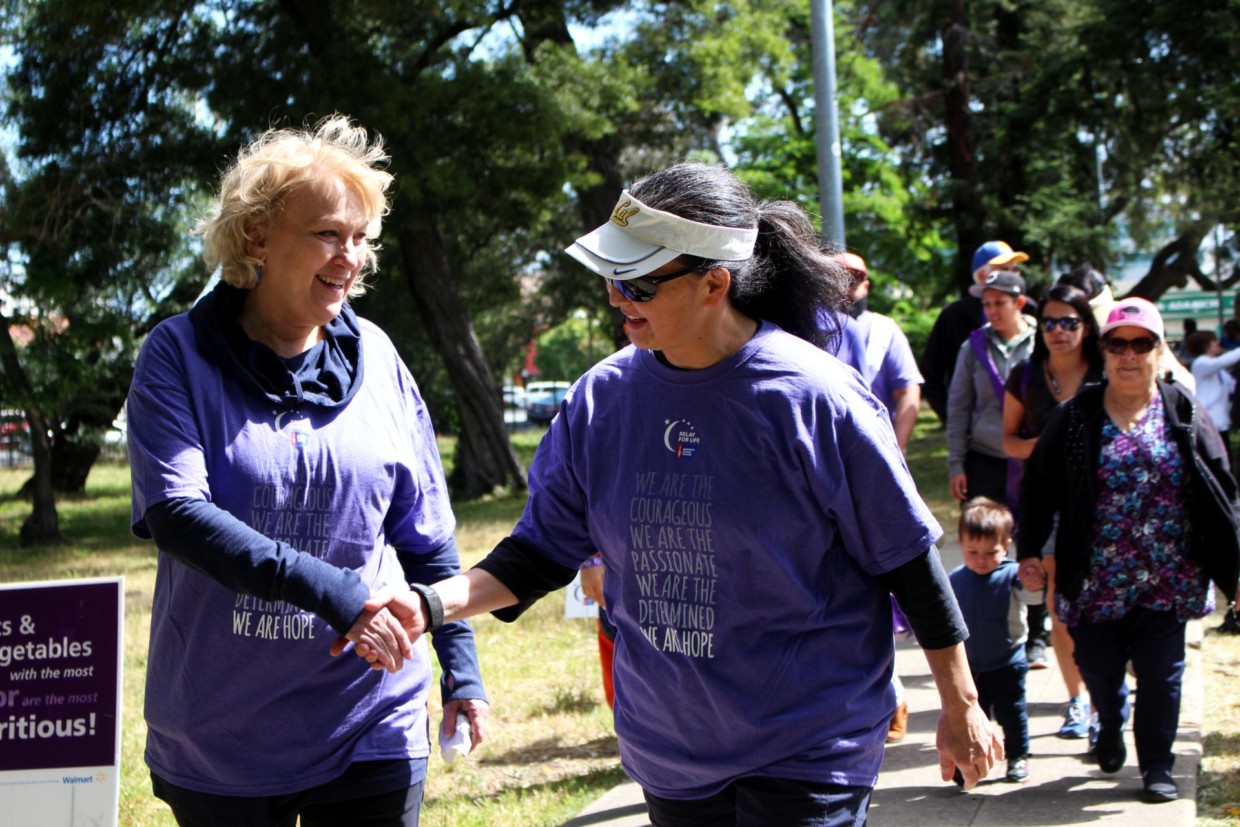 Throughout the day, various forms of entertainment were provided. Performances included the Babiarz-Scott band, a fashion show, and a routine by the team from Core Taekwondo in San Mateo. Other interactive performances such as jazzercise were also offered. 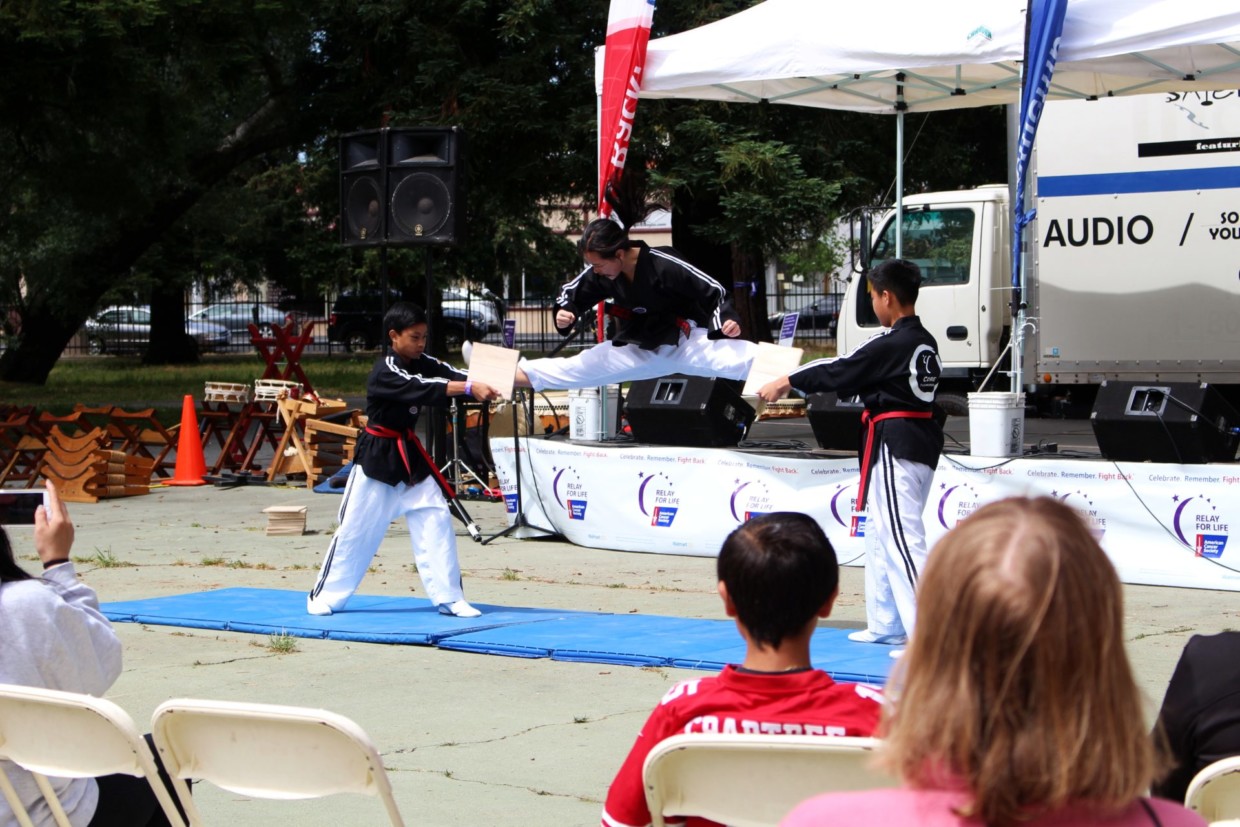 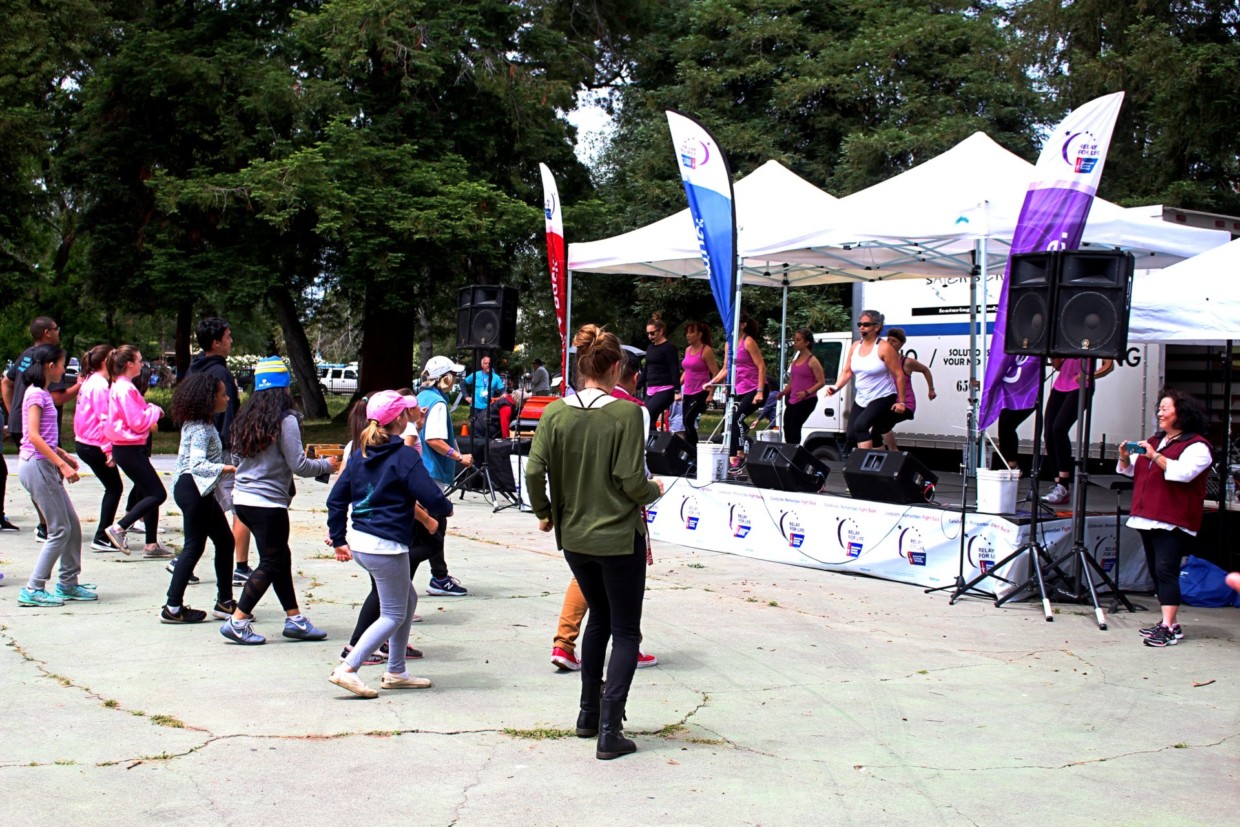 Booths were set up by teams with games, food, and other activities like henna to help raise money as people walked around. M-A’s American Cancer Society Club, led by president Lena Reibstein, a junior at M-A, had their own 1960s-themed booth. The club’s booth won Best Decorated for the second year in a row. 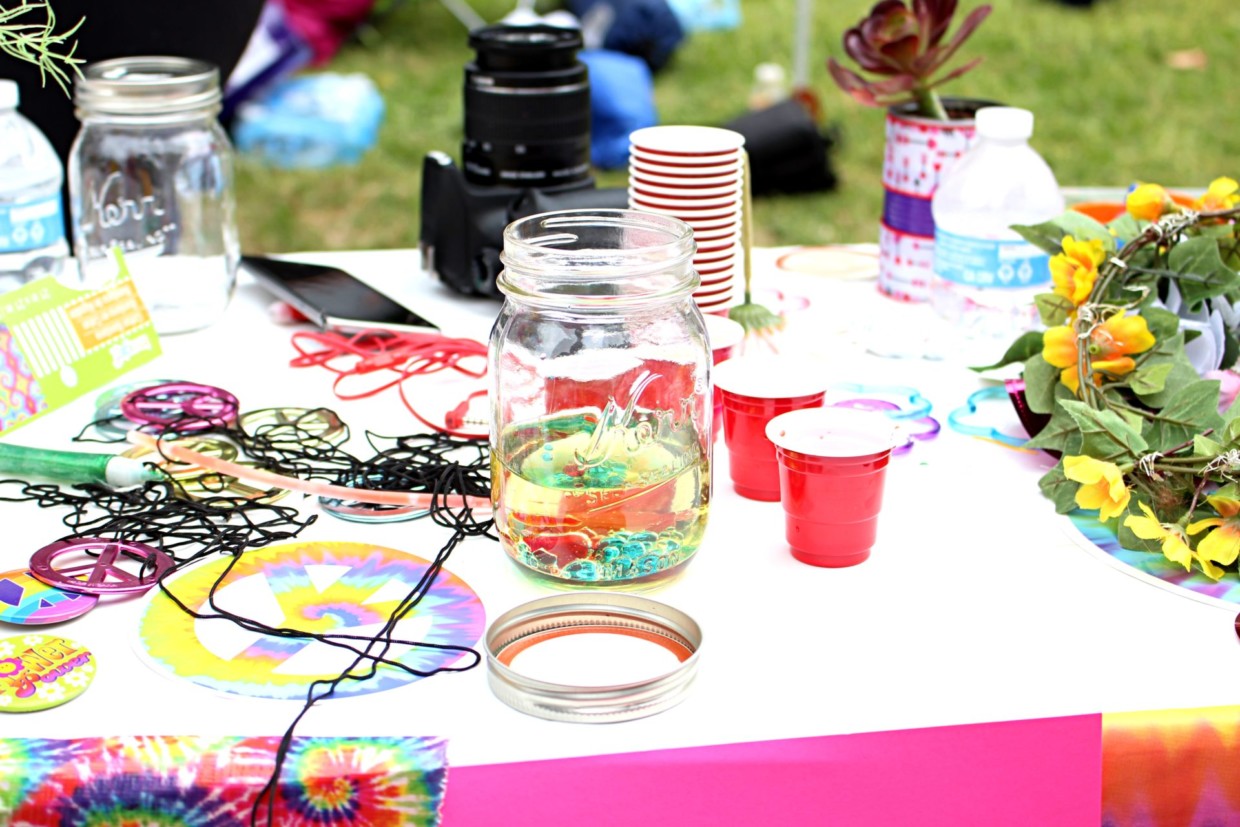 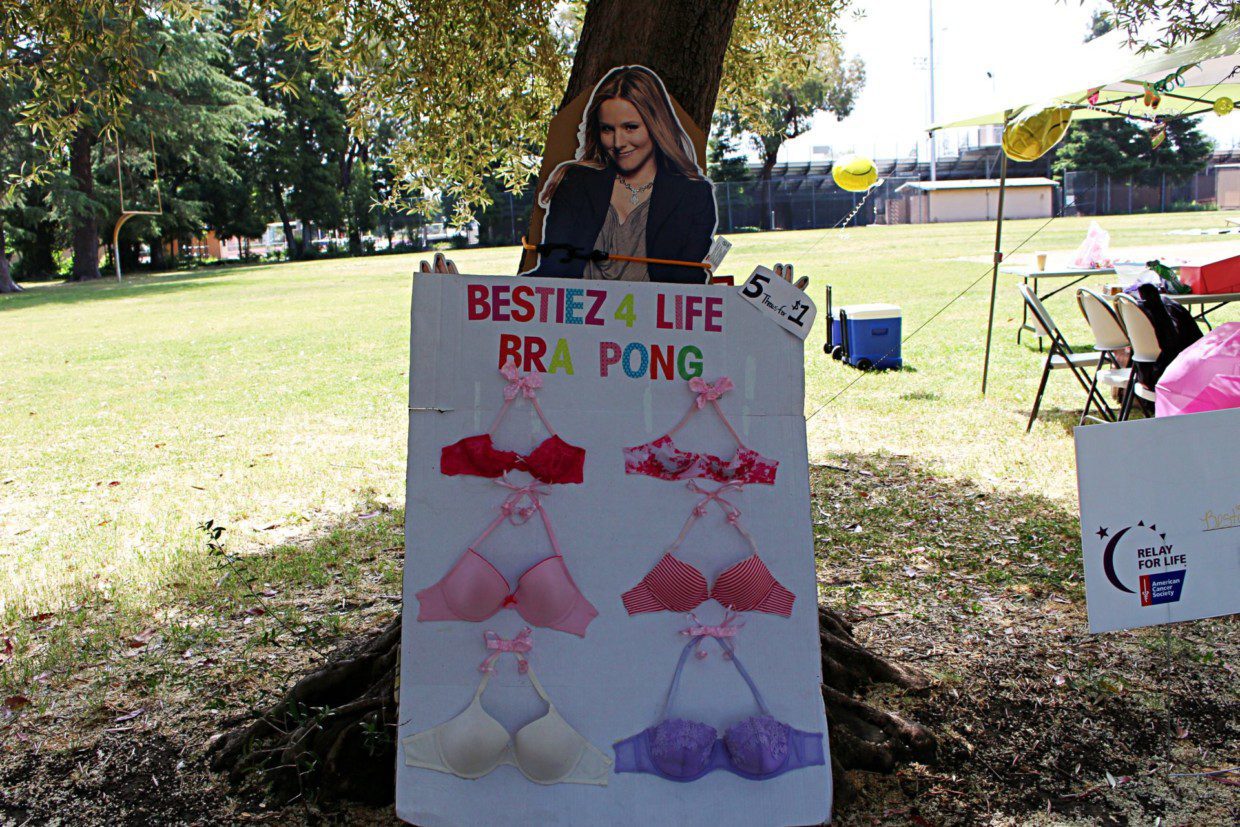 Lena Reibstein not only led a team for the fundraiser but also helped organize it. For Lena Reibstein, Relay for Life is “a way to support my mom, a way for me to actually do something. When I was nine and she was diagnosed I felt helpless because I couldn’t do anything about it. This makes me feel like I’m giving back.”

“May you never need to know the strength that you truly have inside of you.” -Lauren Reibstein

At 8:30 p.m., the luminaria ceremony began. Visitors and participants had the opportunity throughout the day to decorate a paper bag dedicated to a loved one for ten dollars who either lost their fight to cancer or is currently battling the disease. For the ceremony, candles were put in each bag and the newly-made lanterns were placed on the sides of the path around the event.

After speeches, people walked the illuminated path, paying respects to all those being honored. This part of the night is usually very emotional for all those who engage in the event. 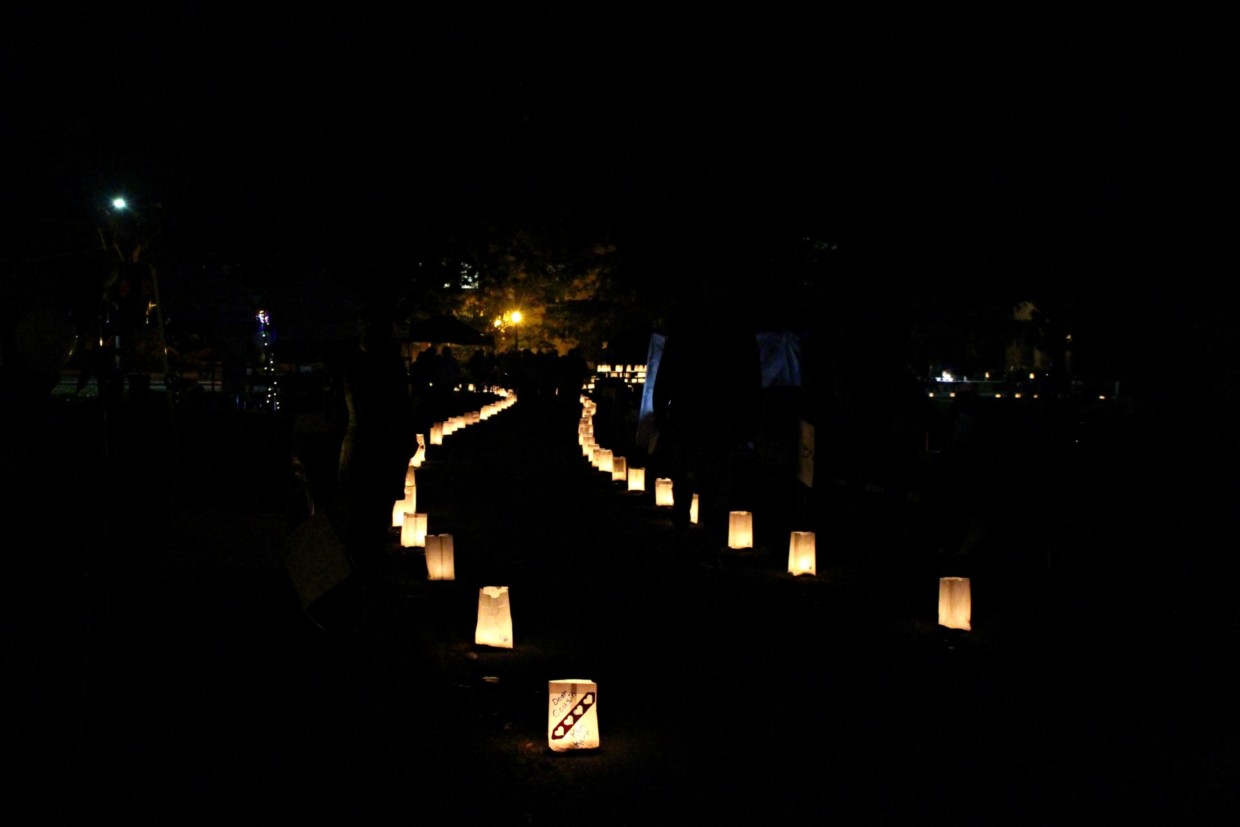 At 10 p.m., people from teams who had raised at least 100 dollars before the event were allowed to spend the night in tents while other participants went home. 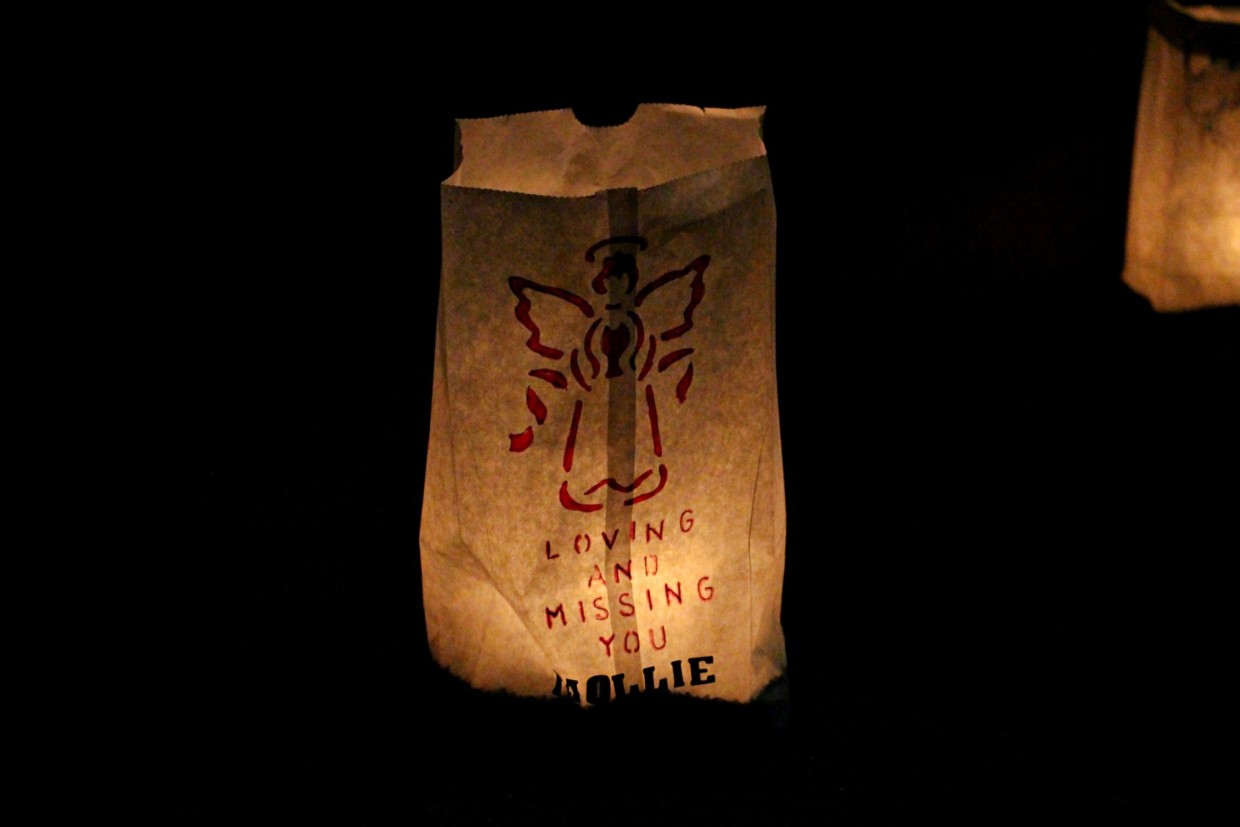 One participant’s bag dedicated to a loved one lost to cancer. Credit: Fiona Belk / M-A Chronicle.

In the morning, the closing ceremony was held before the event was officially over.

As a survivor, Lena Reibstein’s mother Lauren Reibstein, a teacher at Sequoia High School, explained what how she started participating in the event. “A lot of people worked to save my life and make me healthy again. After I was about two years into the disease, I was feeling funny… I have to do something to acknowledge all this help and support that I had and I have to give back, and I saw this little pamphlet at Sequoia, where I teach, and on the back, it said ‘Learn how to give back. American Cancer Society Relay for Life.’ And that was it.”

As a survivor, Lauren Reibstein said the event itself is “very life-affirming, and it’s very meaningful to have my daughter on the same team as me, working together to get rid of this terrible disease.”

She offered some words of wisdom from the point of view of a cancer survivor: “May you never need to know the strength that you truly have inside of you.”

The fundraiser was a huge success and was able to reach its goal of raising 65,000 dollars, bringing the community together in the fight against cancer.