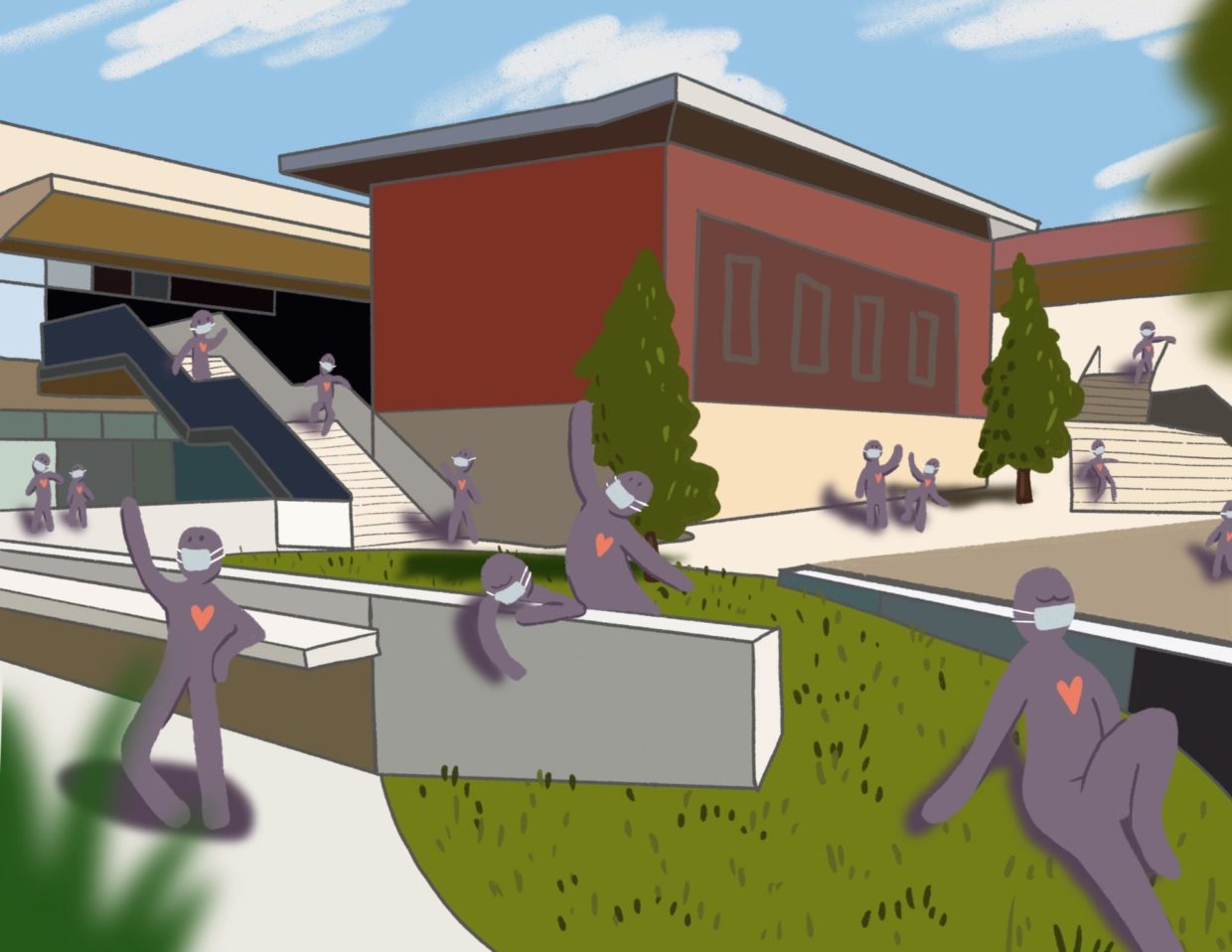 Are We Going Back in January?

by Triana Devaux and Violet Taylor

Editor’s note: On Monday afternoon, 11/16, San Mateo County was moved back to the Red Tier from the Orange Tier.

Elementary schools and private schools are going back. So why not us?

California permits counties to open schools and types of businesses depending on what tier their COVID-19 cases correspond with. San Mateo County is currently in the orange tier, which allows for elementary through high schools to apply for waivers to reopen.

For schools to be able to go back to in-person class, Executive Director of Strategy and Communication of the San Mateo County Office of Education Patricia Love said that schools need “to provide [us] with their plan for returning students to in-person learning.”

Schools will have to follow the County’s Four Pillars for a safe return to school: health and hygiene, face coverings, physical distancing and limited gatherings. According to Love, “Schools will also need clear plans for contact tracing and testing school staff on a regular basis.”

As of now, SUHSD is hoping to return to school in January; however, there is no clear date or even assertion that we will be able to go back to in-person school. Interim Superintendent of the District Crystal Leach presented at a School Board meeting on October 28th that the District is developing a plan to submit to the county, but no such plan is finalized. Among the considerations for the District were labor agreements, capacity for students compared to teacher availability, and simultaneous instruction for in-person and distance learning classes.

Schools with grades from kindergarten to eighth have been able to get a waiver from the California Department of Public Health. Which is why schools in the Menlo Park City School District (MPCSD) have been able to start going back to in-person lessons for all grades. Classes are split in half and they operate on a biweekly schedule; one cohort attends school for a week while the other engages in distance learning.

Although the county is in the orange tier, there is no guarantee that M-A will reopen anytime soon. According to teachers union President Edith Salvatore, schools could reopen only “if we could do it and follow all the [safety] rules.”

M-A and other SUHSD schools face challenges unfamiliar to the MPCSD and private schools that have been able to partially reopen. For one, the student body of each high school is far greater than those of elementary schools. While MPCSD serves approximately 3000 students total, with it’s biggest school having about 1000 students, M-A’s population alone is close to 2600 students. Allowing high schools to reopen would be a larger-scale project than elementary schools, and if done improperly, could potentially produce large gatherings.

San Mateo County health data show that some communities SUHSD serves such as East Palo Alto are among the hardest hit communities in the county. Many students also rely on public transit to get to school, which increases the risk of potentially being exposed to the virus.

Another concern for SUHSD schools is ventilation. According to Salvatore, “For what is considered indoor experiences during COVID you have to have a mixture of outdoor air and indoor air.”

She continued, “We need to know which classrooms are appropriate. Then, if we spread kids out six feet apart how many kids fit in those classrooms. And then we do that math problem and we figure out how many kids you can actually fit on campus in classrooms.” According to the District’s ventilation study from October 28th, 30 classrooms at M-A have proper ventilation, but this is not the case for many rooms at other SUHSD schools.

Elementary schools can place children in stable cohorts, since most students only have one teacher. But for large schools where every student takes six classes, is it even possible for schools to reopen for class if classroom capacity must be low and mixing of cohorts must be prevented? The School Board discussed these concerns this summer, while developing potential reopening plans, but ultimately came up with no solutions for the fall.

Salvatore said, “I personally think our schools, at least at the big schools, are so big and so complex that it would be next to impossible to get students back for classes.”

Until there is a vaccine that can be widely distributed, then, it may be impossible for M-A to reopen for in-person learning, placing M-A in the same category as all other aspects of regular life that the pandemic put on hold.

While Salvatore doubted that full in-person instruction can safely occur in our current situation, schools have begun opening for sports cohorts and a pilot program for student support cohorts to accommodate several groups of students who are failing classes. Salvatore expressed optimism about this model, which would be a huge help to those students who are currently “having to juggle sharing one room for three kids who are all on zoom at the same time.”