Amidst the scramble to get middle school students off zoom and back in classrooms, the already existing divisions of opportunity across racial and socioeconomic lines in San Mateo County have become even more visible.

Inequities for students of color in San Mateo County was already a pressing issue that predated the COVID-19 pandemic. Despite that fact that students across the county all attend the same high school, there are stark differences in the quality of middle school education that pave the way for potential successes or failures in high school. La Entrada and Hillview, the middle schools that service Menlo Park and have student bodies are 60% and 62% white respectively, and only 11% and 15% Hispanic. Contrastingly, Ravenwood Middle School, the school for students in East Palo Alto, is 79% Hispanic and has less than 1% white students. In the same county one school has a 1:1 iPad program and 17:1 student to teacher ratio, while at another school 84% of the student body is eligible for free or reduced lunch and there is a 25:1 student to teacher ratio.

The inequities are vast and pervasive, yet the pandemic has made bridging the divide significantly harder. “We haven’t reopened. We’re going to continue with remote learning for a minute. A while actually, because we’re focusing on our urgent learners. Our urgent learners are defined as students with moderate to severe needs. Our pre-K through first grade students who need support with reading, and our newcomer students who are students who have been in the country for less than a year and are learning English,” said Gina Sudaria, the Ravenswood School District’s superintendent.

These specific challenges add a layer of complexity to Ravenswood’s reopening process. A significant portion of their student body are English learners, and many families are reliant on school supplied technology. “We’re fortunate that every child has a chromebook, and we are offering wifi hotspots, but there are things that come up regardless of the resources available, and it interrupts relationship building and quality education,” Sudaria said. “It is most challenging for our students with home insecurity. Most of our middle school we are struggling with just work completion because we don’t have that constant engagement.” 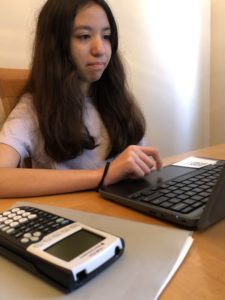 Furthermore, Sudaria explained, “East Palo Alto has a really high positivity rate, and so it makes it very difficult to bring back students, and to convince students, staff and family, to come back to school.”

“I feel like zoom learning has slowed down my learning, and I can’t focus as much,” said Raylene Aguayo, a 7th grader in East Palo Alto.

These inequities significantly impact students from a psychological standpoint, especially because of how formative middle school years are for students, both in social development and in the academic track they are set on.

“The main message to start off with is the idea that the brain is what we call plastic, meaning it’s shaped, and then it kind of wants to stay that way,” explained Victoria Osteen, an Infant-Family and Early Childhood Mental Health Specialist. “We build our brains through our relationships, experiences, and environment and all those things impact on how our brain ends up functioning or getting shaped. And if you have a lot of supportive versions of those, then you’re really in luck. And if you have some that are harsher or you’re kind of like missing out on a lot of these positives, you really will see a big difference.”

Furthermore, the skills that children develop during this time period are not easily translated to an online environment. These skills include “starting to contemplate more abstract concepts like their sense of justice, their conscience, learning how to read cues from people, what is their worth, what’s their value. There’s a lot that they’re trying to pick up on. The brain is basically searching for information at almost all times to help them with these things,” Osteen said. “Middle schoolers are very unique because they’re finally just starting to turn more to the outside world rather than their families for information, like more from their friends, their teachers, and other strangers on the street. And so now from home they’re not really able to go through that normal developmental trajectory where they’re getting information more from the outside world.”

Hillview and La Entrada students who are back on campus are able to have regular social interactions, even if it is in the limited fashion of COVID-safe measures, whereas Ravenswood students do not have access to any of it. “Obviously if they’re engaging in distance learning this kind of development is going to be severely impacted. You know they really need to be having a lot of natural interactions. We want to be getting information throughout the entire day and through a lot of lived experiences, rather than just from a flat screen and in isolated moments. In turn, if they’re not getting the exposure, then they’re not going to be able to learn as much about these things,” Olsteen said.

The solution to alleviating these vast inequities will likely not be solved by the middle schools in the approximately four months remaining of the academic year. Rather, according to Olsteen and her colleague Vasudha Narasimha, it falls on Menlo-Atherton High School.

“The two very sensitive periods for brain development are those early years and your teenage years. Those are moments when there’s very rapid significant brain development and brain growth that happens. And so with brains preventative work is great, but that doesn’t mean that it can’t be repaired. It’s easier and less costly to form these brain circuits from the get go. But then there’s always room to intervene or fix it later. So, meaning if they don’t get in now, when they’re back in school they’re going to get it. It’s going to take a little bit more work and a little bit more effort for them to catch up, but it can be done. It’s just going to take a little bit more,” Narasimha said. “Meaning maybe schools and teachers need to be more mindful that these kids might need more, and  these kids who didn’t have social interactions in person might see more challenges as they enter high school. So what are structures a school can put in place to buffer and help kids get some of that extra support which they will need to be able to have their brains get caught up to speed with their peers, because social life in high school is very important.”

Both Osteen and Narasimha emphasized that it is necessary to repair work now when the brain is still very plastic and easier to alter. They believe that the most successful course of action should start leading up to students coming back to school.

“There needs to be some thinking ahead reflecting on what it is going to be like to be back in school. So asking children, especially the children who’ve been doing virtual schooling all year. What would it be like to be back in a school setting at a brick and mortar classroom sitting with peers when you haven’t done that for a year and a half?” Narasimha said.

“The supports or the repair work we’re thinking about is extra check ins for children who didn’t have in person school and I imagine there might be an increase in some social miscommunication that comes up between peers. So they might benefit from having more staff around to monitor during breaks and helping staff have a sense of how to de-escalate situations or how to support communication and conflict resolution,” Narasimha said.

Osteen also added, “There’s so much focus on academics, but there’s a lot of research that shows that kids are going to do better academically if they have more time for their social and emotional development. If there were ever a year to give kids more time just to connect again, to be able to observe each other again, and to learn from each other again, it would be now.” On top of that, as a result of inequity in the district, “there’s going to be such a wide range of performance. Some kids are going to be doing really well academically. Some of them practically had homeschooling on top of a really solid public school education, and then other kids kind of gotten neither. So schools need to be giving them all time to really settle back in and as many confidence boosters as possible, and a lot of outlets to socialize. The social interactions are probably going to be all over the place when they start up again, so trying to avoid punishment and really focusing more on teachable moments.”

There is also a push to alleviate the challenges that students of color from East Palo Alto face upon entrance to high school by diversifying Sequoia Union High School District’s administration. This charge is being led by Antonio Lopez, a newly elected member of the East Palo Alto City Council, and notably an alumnus of the Ravenswood District.

“It is extremely concerning that in the year 2021, this is still an issue, an issue in the heart of Silicon Valley, one of the most advanced places technologically, but far less politically. The issues that our East Palo Alto students face, can be easily mitigated by bringing in a diverse leadership team. What is so difficult about hiring people of color? The fact that Sequoia has not figured out the importance of diversity is unacceptable” Lopez said. 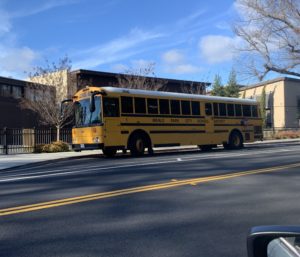 In a letter to President Starver and the rest of the SUHSD board Lopez wrote, “This pandemic has only widened the gap between those with ready access to educational resources, and those students who may feel pressured to take an extra job to help their unemployed parents. Now more than ever, the District needs to proactively reach out to their East Palo Alto families and reassure them that this year of socially distanced learning does not result in their child losing an entire year’s worth of schooling…As the first person in my family to attend college, I’ve seen the power a quality education has in our community. Statistically speaking, it is the single-most reliable predictor of socio-economic mobility.”

In summation Sudaria said, “It will be very clear that there will be a learning gap and a learning loss. As much as there is a disadvantage and inequities, it’s being perpetuated by the fact that our community can’t do in person learning yet.”

“I wish I could change being able to go back in person like the other school districts because I know I am missing out on a lot of necessary school material,” Aguayo said.