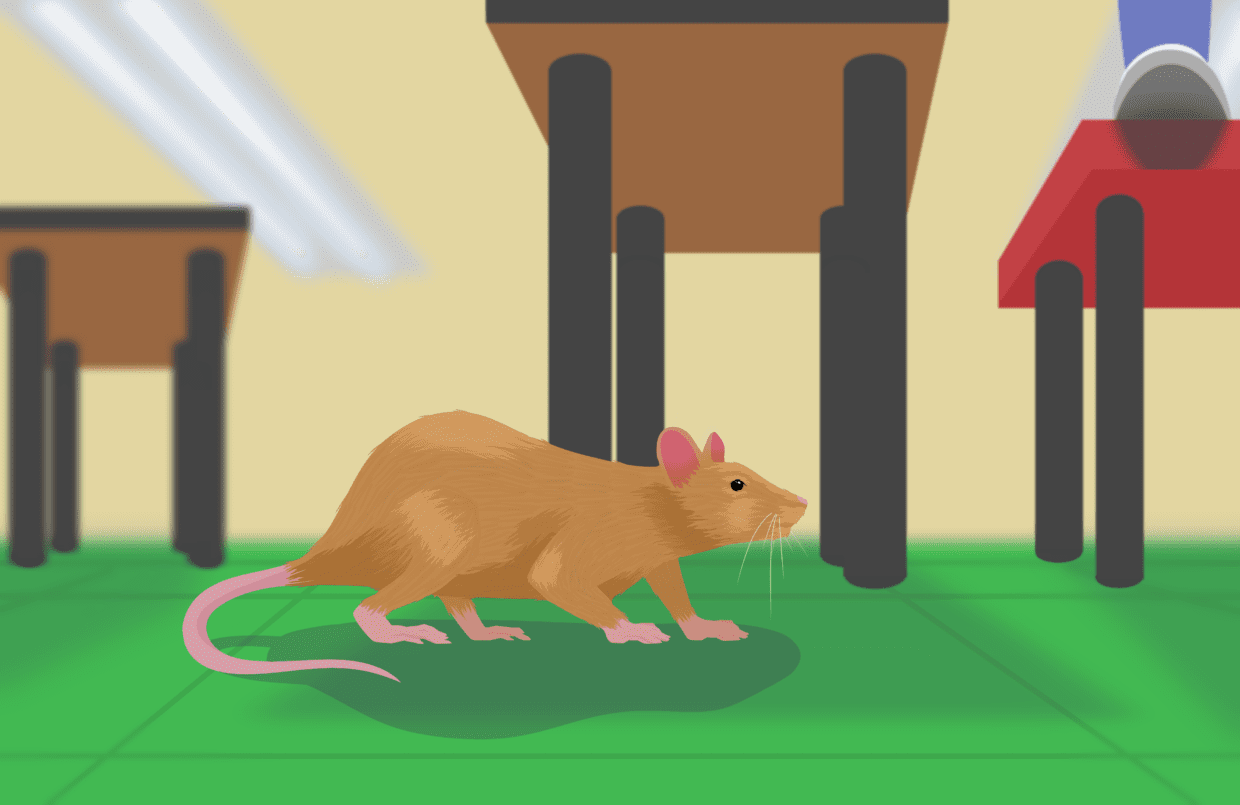 On Thursday, September 15, students scurried into their 6th period Gender Studies class with Anne Olson in B-3. During the passing period between 5th and 6th period, a rat entered the classroom, hidden amongst the crowd of students. The day before, in B-11, Jason Knowles also came in contact with a rat. 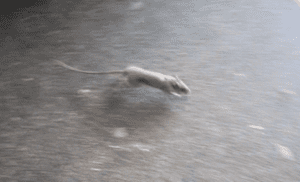 Knowles, who teaches AP Psychology, APUSH, and U.S. History, saw the rat near students’ desks during his prep period. He said, “I was working at my desk, and I saw movement out of my peripheral vision while looking at my computer screen. I looked over, and the rat was walking around on the floor.”

Knowles made the rat into a classwide joke. He said, “It was kind of fun. We named him Templeton after the mouse in Charlotte’s Web. So we kind of had fun with it, but some of the students were a little freaked out.”

News of this incident spread rapidly, and by the next day, B-wing teachers had become aware of the furry threat.

Olson, who teaches APUSH, U.S. History, and Gender Studies, warned her students not to leave food trails. Still, the rat entered her room. She immediately evacuated the classroom and relocated to one of the portables across campus for the next week.

The next day, when Olson went back to her classroom to pick up a binder, she saw the rat on her desk. She said, “As I panned over to my desk, I saw the rat on my whiteboard tray, and then it jumped onto my desk and started running around on it.” 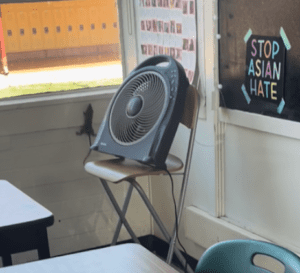 The rat in Olson’s classroom

Olson discussed how the rat’s appearance affected her teaching. She said, after being relocated, “It took me off my game for a little bit. I wasn’t in my classroom, and I always had this fear of, ‘Where am I going to be and what is happening in my classroom?’”

Junior Anna Gady, who is in Olson’s AP U.S. History class, said she felt “really disturbed, because rats are disgusting and they are a health hazard. Who knows what kind of diseases they are carrying? And, what if they were to have babies in the B-wing?”

Senior Jane Fiorentino recounted how she first saw the rat. She said, “It fell from the cabinet. It looked like it fell from the ceiling to the ground. We were in the middle of taking a test, and then there was a rat on the floor, which is kind of distracting.”

To clean up and to prevent another rat appearance, custodians set traps in all B-wing classrooms, disinfected surfaces, and cleaned droppings left on classroom floors.

Knowles said, “we live in a place where rats are going to exist. I would just like for the school, as best they can, to mitigate the problem with traps or an exterminator.”

Hopefully, the rats decide to find a new home far away from our classrooms and leave this as a one-time incident.

Tiffany Karp is a junior at M-A this year. She enjoys writing about local events and issues on campus. She is also a member of M-A's Dance Team and dances competitively.