By Martha McGee and Fiona Lokey

Last Thursday, music floated from the Performing Arts Center (PAC) stage as members of M-A’s Pride Pals Club celebrated their annual prom. Students come from Susan Price and Jennifer Taylor-Smith’s classes and receive additional academic help. Any M-A student can join Pride Pals, which meets every Friday during lunch and works to help integrate these kids into our high school. Every year ends with the club-organized Prom, which features a DJ, food, decorations, and a photo booth station.

Senior Lauren McLaughlin is the current co-president of Pride Pals and described the event as one very dear to her heart. “I have been working with Pride Pals since freshman year,” stated McLaughlin, “and my favorite part [of the club] is Pride Pals Prom, which is comparable to, and sometimes even exceeds, M-A Prom.”

McLaughlin emphasized how the event is “special for kids who may be deterred from going to the main prom” and allows students to let loose, dance, and participate in a traditional high school event. 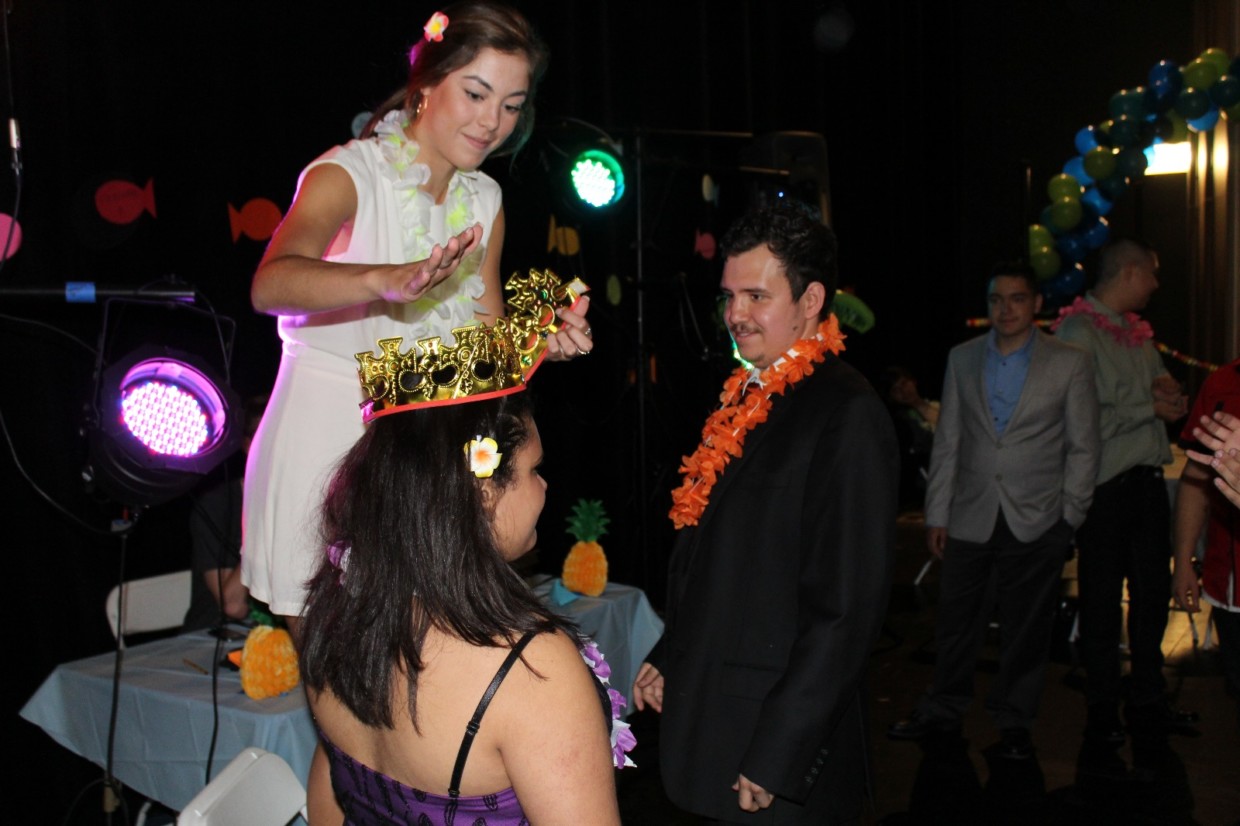 Another member of Pride Pals stated that her “favorite part of [Pride Pals] is prom because you get to be with all your friends and have a good time.” She also looks forward to the dancing and using the photo booth to record Prom memories with her friends.

16-year-old sophomore Cuahtemoc “Temo” Castellanos Silva, also a student in Ms. Price’s class, shares Stephanie’s excitement about the music and dancing at Prom. His favorite dance is the Salsa, and he was not hesitant to show off his moves on the dance floor. In addition to Pride Pals Prom, Silva loves doing holiday activities and crafts with the club. During the warmer months, Silva enjoys playing kickball. He looks forwards to Pride Pals Prom every year and loved the decorations and music displayed this year. 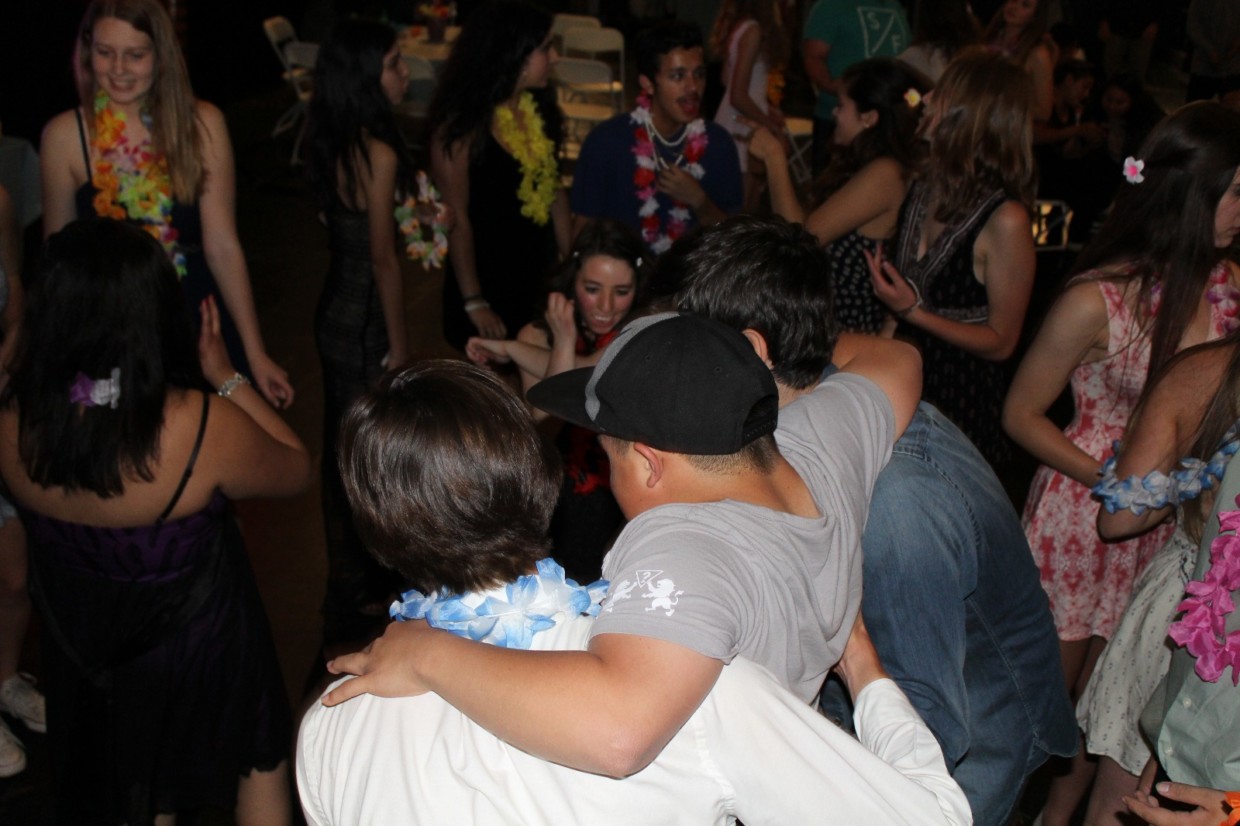 Students had a great time showing off their moves on the dance floor. Credit: Makenzie Hazard.

McLaughlin touched on the work that goes into organizing an event like this. She, along with other club leaders, began planning for the end-of-year prom back in February. She listed “dessert, catering, tables, getting approved [by the administration], getting the PAC, the lights, the DJ, decorations, centerpieces, [and] getting the candy” as only some of many event aspects that have to be organized. While it’s a big production, she emphasized that “the work pays off.” 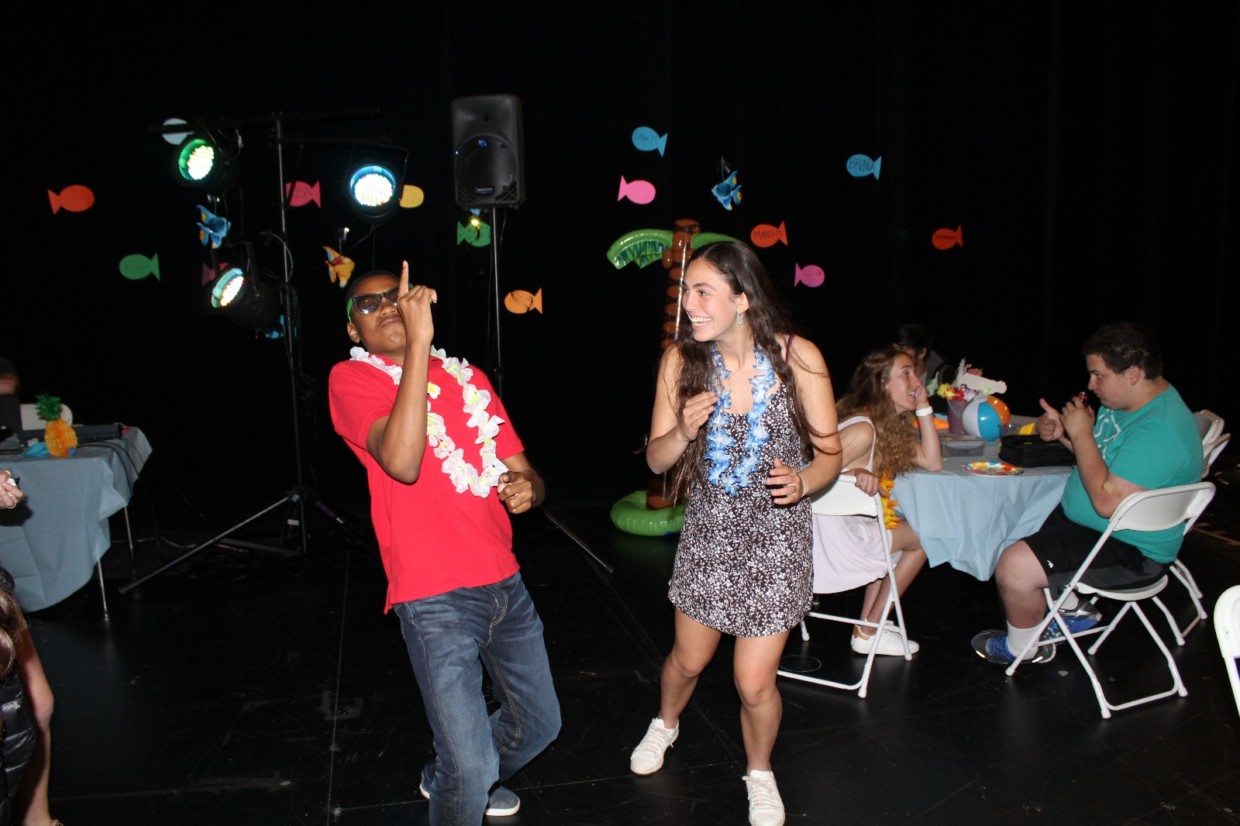 While McLaughlin and Co-President Madeline Heller are leaving this year, they have ensured that the club will be passed into the hands of juniors Grace Geiser and Max Gerber, who are determined to further strengthen Pride Pal’s impact. With this leadership cycle approach, Pride Pals will continue to be a strong, positive influence on campus for years to come.