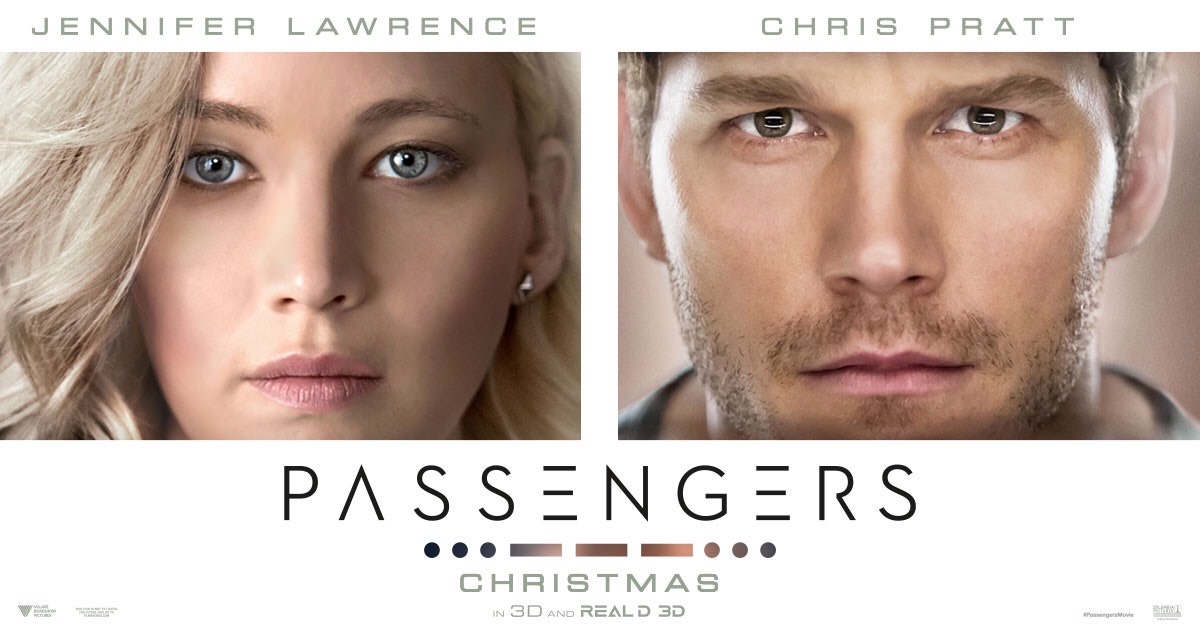 Chris Pratt and Jennifer Lawrence star in director Morten Tyldum’s movie “Passengers.” In the thriller, two civilians embark on the ultimate adventure to start a new colony on a planet 120 years away by spaceship. To travel the 120 years, the eager colonists are put into hibernation by futuristic medicine and ‘sleep’ in pods until they reach their destination. Unexpectedly, there is a malfunction when the ship is hit by large space matter and one of the hibernation pods malfunctions, waking Jim Preston (Chris Pratt) 90 years early. Jim is lonely as he spends a year by himself, exploring the spaceship that is comparable to a futuristic cruise ship. Jim is so overwhelmed by his lonesomeness that he falls in love with Aurora (Jennifer Laurence) who is still in hibernation. Jim decides to wake up Aurora, taking away her chance of life on the new planet.

The bulk of the movie consists of the romance between Jim and Aurora and a story of how two different people in unusual circumstances can fall in love, which would have otherwise never happened. However, the premise of the movie is the spaceship progressively shutting down, and Jim and Aurora figuring out a way to fix it to save the remaining 5000+ people on the ship who are still in hibernation.

Pratt and Laurence have great chemistry, but the simple script is restrictive at times. There are many obvious lines with little insight which make the movie fall short of it’s potential. However, Laurence is a five-star actress and her emotional scenes are heartfelt and captivating. Pratt plays his role perfectly as the simple engineer caught in a sticky situation, with hope to make his life better in the dire circumstances.

This movie could be classified as sci-fi, interstellar romance, or thriller. The idea of humans giving up their lives to start brand new lives is innovative and provides exciting, futuristic entertainment for the audience. To properly describe it, it is a mix of Interstellar and Titanic. One of the best parts is the cinematography; it is beautiful with awe-striking scenes of stars and space and gives regular folks an idea of what it would be like to be an astronaut.

One downfall is that the entire movie is given away in the previews, making it predictable. However, “Passengers” is an enjoyable movie to go see if you are looking to escape responsibilities and be entertained for two hours. It is definitely not going to be nominated for any Academy Awards but has a 68% viewers rating on Rotten Tomatoes. It is creative and exciting, and with all the recent rainy weather, I would recommend going to the movie theaters to see “Passengers.”