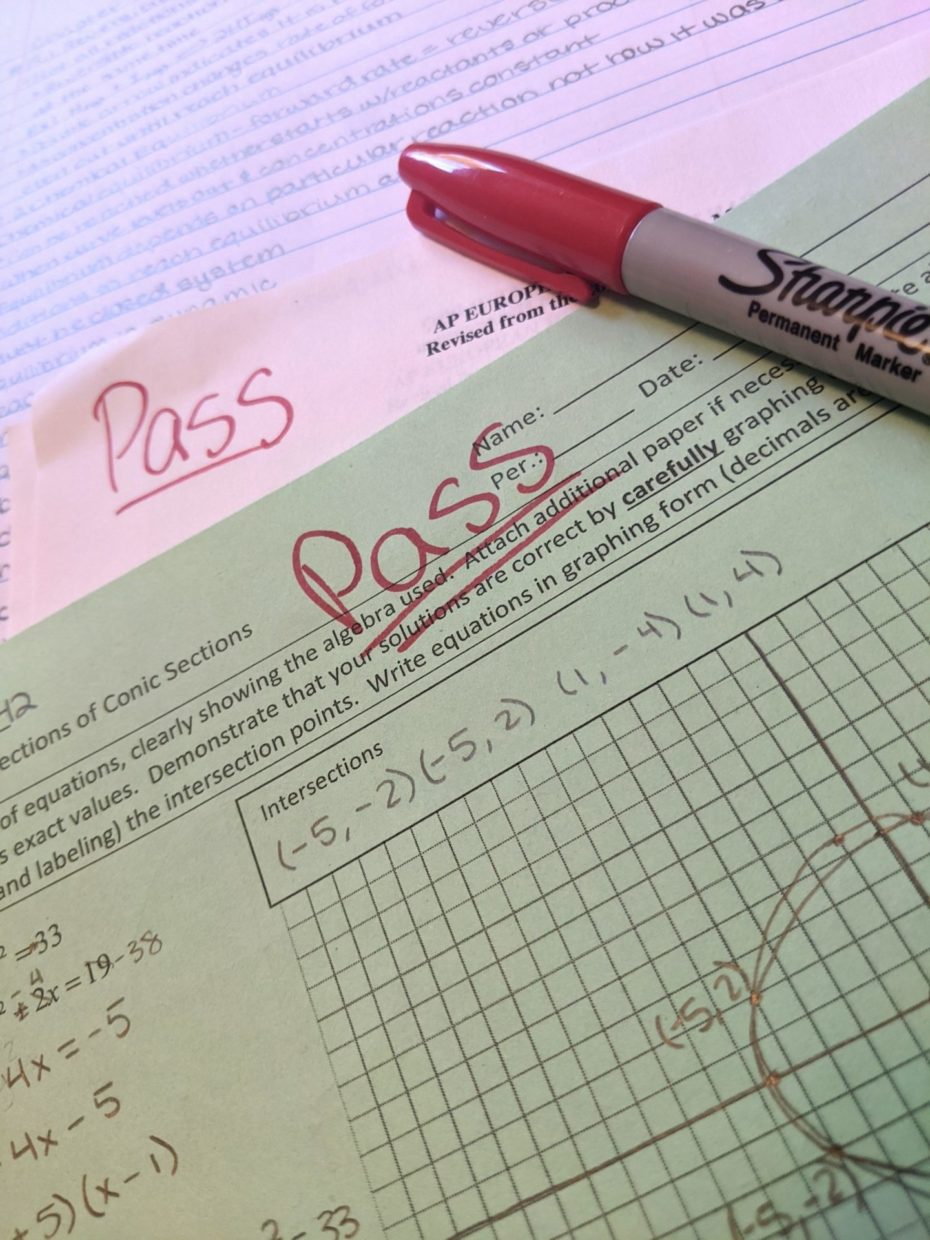 The Sequoia Union High School District moved to Pass/No Pass grading a few weeks ago due to the equity issues that arose as a result of distance learning. In addition to this change, the instructional time was also reduced, and administration recommended teachers use the “less is more” policy when assigning work.  Over the past few weeks, many teachers have had to alter or shorten their curriculums and the way they teach them due to these changes.

The majority of teachers indicated that there is no formal policy all teachers must follow regarding grading and what constitutes a Pass at the end of the year. Generally, however, most teachers accept a D- or higher to pass. Most teachers also noted that final decisions about grading policies are determined by individual teachers depending on their classes.

Ahzha McFadden, who teaches World Studies and Latin American Studies said that “ultimately each teacher knows their students best and can to an extent make decisions about what Pass/No Pass looks like in their class.” However, McFadden added that “within our department, there have been discussions about specifics […and] although each teacher has a bit of freedom there are strong recommendations by each department.”

Economics teacher Candance Bolles echoed this, stating that “each teacher gets to determine what the threshold for passing is, but it should be based on whatever the threshold was before Shelter-in-Place.”

Usually, a D- is around 60 percent, but in some classes, the required grade to pass is lower than 60 percent. This is true in Algebra I teacher Manuel Delgado’s class, where the required grade to pass is 55 percent. Although this is different from some other classes, Delgado specified this has always been his policy and “to receive a D- in my class, you must average a 55% or greater by semester’s end to pass.”

Spanish teacher Kristen Torres, who said Pass/No Pass grading – and distance learning in general – ultimately changed the objectives of the course. Torres explained that during in-person schooling, the goal “was to challenge our students with videos and articles about complicated topics in the target language and to teach them strategies to help them navigate the language.” However, due to distance learning, Torres explained the goal of Spanish teachers is now to “expose students to more discussions with their classmates to share ideas” by asking “about their opinions on various topics and focusing a lot on culture and creating connections.”

Biology teacher Shemsa Morkoch explained, “while I have had to significantly change the way I deliver curriculum for my course, my goal is still to teach content that allows students to master biology standards.” Morkoch added that she determined what to teach to her students based on “what I know about my students and what my students will need to know to be successful in future classes.” When considering time restrictions Morkoch said she has had to include “fewer activities for each standard than I would under normal circumstances.” Many other teachers have also needed to shorten their lessons or curriculum due to the time constraints introduced by distance learning.

Delgado is one teacher who had to shorten his curriculum due to less instructional time. With struggles brought by online learning, Degaldo emphasized that “there are some items in the curriculum that will be skipped, but certain standards must be covered in order to issue full credit.” Delgado added that he has not been collecting homework and has reduced the number of tests and quizzes he gives his students.

One teacher, Carrie Wilson, who teaches Creative Writing, explained that she kept her class’ curriculum because “transitioning to distance learning merely requires me to keep doing what I’ve been doing” in terms of assignments and work. Wilson added that “the only difference is that I might assign fewer assignments so that students can still find time to take care of themselves, and there might be more written assignments than class discussions.”

Teachers have also been making an effort to help students who don’t have access to the internet or the technology need to continue learning online. According to Biology teacher Matthew Shen, “many other teachers and I have been personally reaching out to students who may need further support and accommodations.” Shen also mentioned that “the resource teachers and support staff at M-A have also been working tirelessly to reach as many students as possible.”

“I have referred students to M-A’s office because many did not have the resources like laptops [to complete their work],” said Modern European History Teacher, Adriana Stone. Stone also mentioned that if her students are not passing “we are constantly in communication with parents, other teachers, school counselors, and anyone else that can help work with the student to get him/her to pass.”

Pass/No Pass has also seemed to have impacted student motivation and participation in class. Spanish teacher Kristen Torres said “I honestly expected to see a decline in assignment completion, but there has been very little so far,” even adding “I have students with As or Bs (so no chance of not passing) asking to do extra credit activities because they have the time and they’d like to get more practice.”

Other teachers expressed their worries about student motivation after moving to the Pass/No Pass grading policy, but also seemed encouraged by the continued efforts of some students to be successful in their classes. “I am concerned that Pass/No Pass means that some students will stop completing the assignments,” Wilson explained. “However, I know that whether or not students do work is outside of my control. I can only do my best to create engaging lessons and follow-up with students who’ve been quiet on Canvas.” Wilson concluded, saying “My hope is that students will remain intellectually curious during this time, motivated to learn about literature without the incentive of the letter grade. Many students have been amazing during this time! They are more motivated than we often give them credit for.”