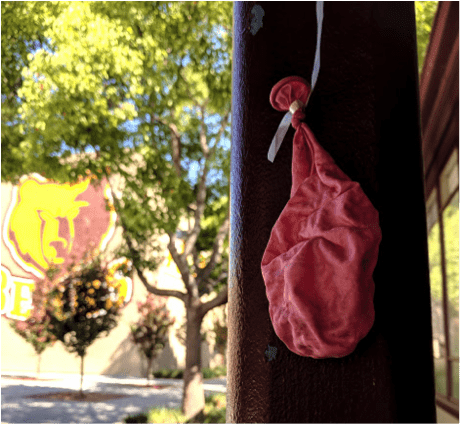 Last Wednesday, a sea of pink-clad students flooded M-A halls in honor of National Breast Cancer Awareness Month (NBCAM). Many of them, however, did not stop to think about why they wore pink — or who they wore pink for. 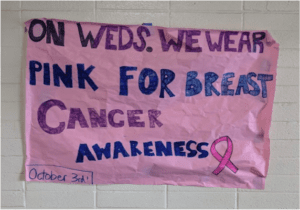 Menlo Park resident Kara Shafer — who was diagnosed with breast cancer in 2011 but does not identify with the ‘survivor’ label — said that “wearing pink for breast cancer [during] spirit week is offensive when stuck between” twin day and thrift day.

“If [they] really wanted to raise awareness of breast cancer in high school [they] should talk about resources for free and low cost screenings and treatments,” Shafer added.

Continuing, she stated that “if you want a ‘wear pink’ day, [then] great. But saying that it’s in honor of breast cancer seems silly…and trivializes the enormous amount of work that’s been done in the last 45 years to raise awareness…raise money, change laws, and reduce stigma.”

Shafer also mentioned that there are other cancers that affect high schoolers more than breast cancer, but those cancers are rarely spoken about. 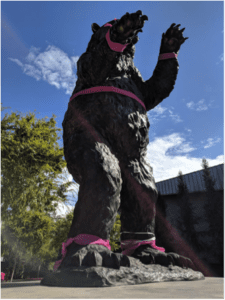 According to the National Cancer Institute, “leukemia, lymphoma, testicular cancer, and thyroid cancer are the most common cancers among 15- to 24-year-olds,” and people ages 15 to 39 account for about five percent of annual cancer diagnoses in the U.S.

Also, while there is nothing inherently wrong with awareness campaigns, it could be beneficial to make conscious decisions about how one consumes pink products.

In an NPR interview, Gayle Sulik, author of Pink Ribbon Blues: How Breast Cancer Culture Undermines Women’s Health, stated that “a deep awareness of the realities of breast cancer and where we really are in that war on breast cancer has gotten lost in [the pink],” and that “people need to know that it is more complicated and messier than” early detection and teddy bears.

Breast cancer is not pretty in pink, nor is it cured. More than 40,000 women die of breast cancer every year, and approximately one in eight women will be diagnosed with breast cancer during their lifetime. Nevertheless, treatments — even if the cancer is caught early — are toxic and physically, mentally, and emotionally draining.

For Shafer, her early-stage cancer still resulted in a double mastectomy and weeks of radiation.

Survivor Claudia Schmidt, in an email to Dallas News, said that the pink is “such an easy way out of a very complex and complicated disease. It’s like putting a pink bandage on a huge gaping wound; it may be nice to look at, but at the end of the day, it doesn’t really do anything for the wound.”

When large companies began commercializing breast cancer, a phenomenon termed ‘pinkwashing,’ much of the original intent of the movement — supporting and advocating for women — was lost.

Breast cancer activist organization Think Before You Pink calls October ‘National Breast Cancer Industry Month’ due to the amount of pinkwashing that occurs.

They say that the problem is not that companies claim to support research, but that their performances and products do not align with their true actions.

For example, some of company Estee Lauder’s makeup did and still does contain carcinogens, in spite of their large breast cancer awareness campaigns and purported goal to help eradicate the cancer. And sometimes companies simply do not donate.

Organizations say that no amount of false pink can provide a cure, just like how pink Kentucky Fried Chicken buckets will not educate people about preventive measures. In other words: a pink flood is ineffective without a call to action or educational commitments.

Some groups say that people should look upon the history of breast cancer activism to learn how to move forward.

In the early 1990s, a woman named Charlotte Haley started a grassroots advocacy campaign, pinning homemade ribbons to cards which read: “The National Cancer Institute annual budget is $1.8 billion, only 5 percent goes for cancer prevention. Help us wake up our legislators and America by wearing this ribbon.”

Though Haley’s ribbons were peach-colored — and her campaign overtaken by companies without her consent — parts of her message remain relevant. 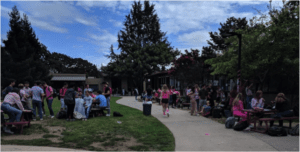 Many agree that not enough is being done to effectively help women diagnosed with the cancer, nor is enough being done to educate people about prevention and symptoms.

In spite of decades of awareness campaigns, Shafer said that she knew very little about breast cancer pre-diagnosis. Most of the knowledge she did have about it, she added, was factually incorrect.

Although pink ribbons have brought public attention to the disease, that attention has mostly plateaued; people know that breast cancer is a problem, but that tends to be the extent of their knowledge. Within the breast cancer advocacy community, the majority acknowledge that this should change.

The first step offered by several individuals is to provide the unglamorous and not-pink reality of many women who are diagnosed with the cancer. Then, share what can be done about it.