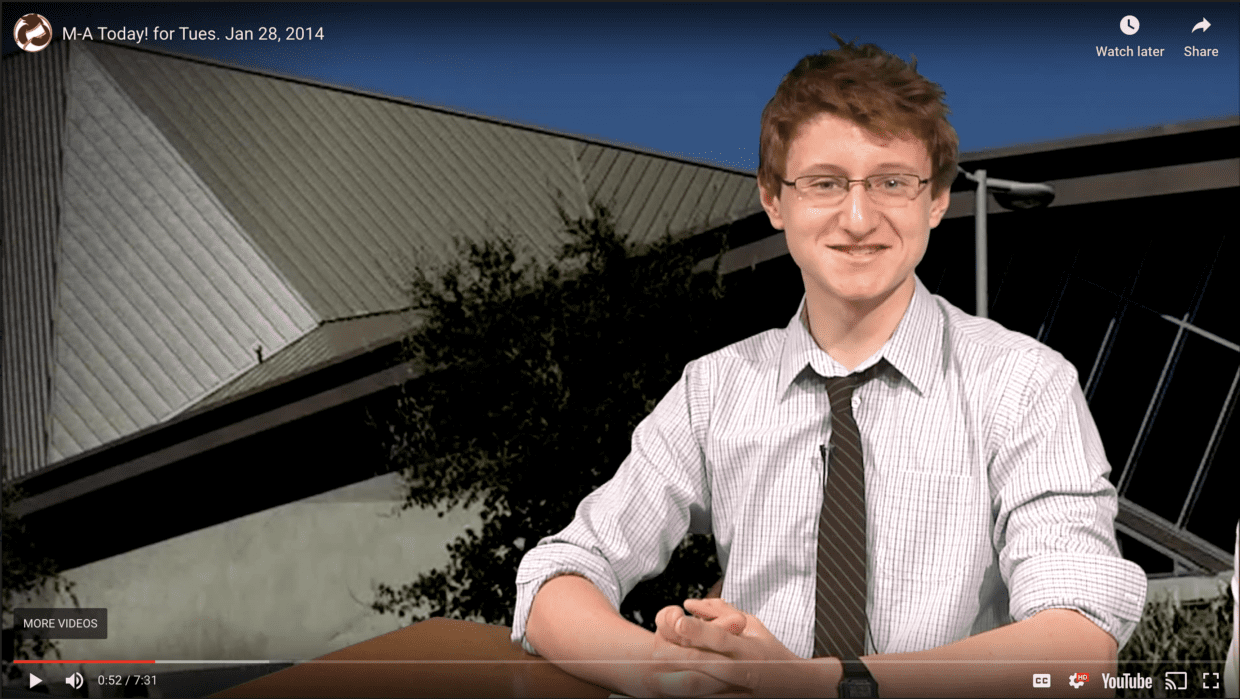 Last week, teachers and friends memorialized former student William Logan Lee ‘14, who passed away this summer due to complications from Type I diabetes. Lee was an anchor of M-A Today in its first live broadcast season.

“2014 was the first year we had a class solely dedicated to the show, and we were doing it live,” explained broadcast teacher John Giambruno. “Logan was originally working in the booth, and with the soundboard, and he was very shy. But the shocker was that he wanted to be an anchor.” 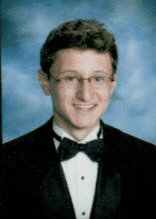 During the second semester, Lee “came out of his shell,” said Giambruno. “He was not a natural [at being an anchor], but he worked hard at it, and he got a lot better at it. It was neat to see him grow. You could see it happening on the show, in the classroom, and socially. These were things I didn’t see first semester.”

Lee transferred to M-A his junior year. “He didn’t know that many people at first,” said Giambruno. “That’s another reason why it was cool that he was on the show — the class is tight knit, but people also started to recognize his face around campus.”

“I was really excited when he started anchoring, and would always try to encourage him to do something silly on air, like wear his cat print tie or call himself Logalicious when signing off,” said friend and classmate Liviera Leebong ‘14. “He was a great host and did well on air.”

“He was the type of guy that’s very smart, but not intimidating to other people,” said biology teacher Patrick Roisen.

Lee’s family asks that to honor his memory, friends should donate to a fundraiser for the Juvenile Diabetes Research Fund.