Oregon Land Battles: Past and Future

A few weeks ago, concerned citizens in Oregon mounted an armed occupation of Malheur Wildlife Refuge. The occupation culminated with an armed clash with police which left 1 dead and 8 imprisoned. Their cause? Increased accessibility to federal land. This conflict highlights a longstanding issue between American citizens and the government, and whether or not the government owns too much land. Currently the U.S. federal government owns and maintains the majority of the land in some states.

This conflict began on January 2 when a group of armed Oregon ranchers took over the refuge headquarters, which was largely unstaffed at the time. This action was catalyzed by the arrest of two ranchers, Dwight Hammond Jr. and Steven Hammond, for arson. The group occupying the building demanded that the federal government hand over control of the Malheur National Forest, which the Bureau of Land Management (BLM) was using partially for preservation and partially for leasing, and that the Hammonds be released from custody. However, the Hammonds have stated that this is not what they want and that they will serve the allotted jail time.

The main fuel for the flame is federal land ownership in the west. The federal government owns a large portion of the land in the western U.S. According to federal reports, the U.S. federal government owns approximately 46% of the land area in Oregon. Some of it is leased to ranchers like the Hammonds, and some is protected under federal conservation law. The BLM, which is responsible for much of the land that is leased for grazing, reports that out of the 245 million acres that it administers, 155 million are used for grazing at some point in the year. It currently uses a lease system where farmers apply and pay to graze their cattle on federal land.

John McBlair, an English teacher and debate coach at M-A stated, “I’m baffled that these militants would protest against the very wishes of those who they are protesting for.” However, the case of the Hammonds was only the spark that started the fire, and despite the Hammonds’ desire not to be involved, the militants have pushed on with the issue, as it goes far deeper than two men being arrested.

On the issue of conservation, McBlair weighed in, saying, “The U.S. government should probably own and maintain some land in the western U.S because the private sector has a very poor record of conservation.” Senior Todd Lehman noted, “We need to come to a balance on this issue. We definitely need to attempt to preserve some land in the west, but on the other hand, not all land should be owned by federal government. I personally think the old system [of leasing] worked pretty well. The government could work to minimize environmental impact of grazing while still allowing ranchers to use the land.”

There have been vocal players on both sides of the issue, with the militants resorting to semi-violent methods to pressure change. However, Alan Perry, a U.S. history teacher, doubts that any violent protest will bring change. “[Violent protest] won’t bring about a long term solution. A violent protest turns public opinion against you. If we look at the labor battles in the United states, they lost momentum with violent protest, and the civil rights movement lost momentum in the late 60’s with violent protest. Also, the protesters don’t seem to have enough support in terms of money and food to keep this going forever.”

The main issue that concerns the ranchers is the use of this federal land. They want to be able to graze their cattle on this land without paying for the lease. The ranchers also believe that they have a claim to use the land in the refuge because they and their ancestors have worked it. Furthermore, they believe that this is supported by the Constitution, which supersedes all other law. According to Perry, “The claim could be supported by the 4th amendment, depending on your interpretation of it, security of person and property. Some people have internalized this value, considering these grazing rights as property.”

This isn’t the first time that land disputes have escalated into armed occupation. Just last year, Cliven Bundy, related to the same Bundy’s involved in the current dispute, and a group of armed protesters, clashed with federal agents in Utah on behalf of the BLM. The BLM was there to prevent cattle that Bundy owned from grazing on federal land. Bundy had refused to pay fees to graze his cattle, and eventually he racked up fees in excess of one million dollars. Cliven Bundy, like the current ranchers used inherited grazing rights and states rights enumerated in the Constitution to support his cause.

The conflict reached one of its most heated points on April 12, when a group of Bundy supporters blocked a nearby highway. Local authorities responded by sending agents to the interstate to prevent the protesters from further halting the flow of traffic. According to Las Vegas Station KLAS-TV, both sides allegedly brandished and aimed weapons at the other. The situation was eventually defused by a local deputy who promised small concession to the militants for fear of the safety of the community. The BLM then eventually backed off to attempt to find a judicial way to hold Bundy accountable for the one million dollars in fines he owed. According to National Public Radio, Bundy continues to illegally graze his cattle on federal land.

In the wake of a violent end to the Oregon conflict, which left one dead and eight imprisoned, the question remains as to whether the land battle in the west will continue, and if it does, what form it will take. Both sides still present valid issues, and the conflict is likely to rear its head in the coming years.

Students and Teachers: Divided on Masking 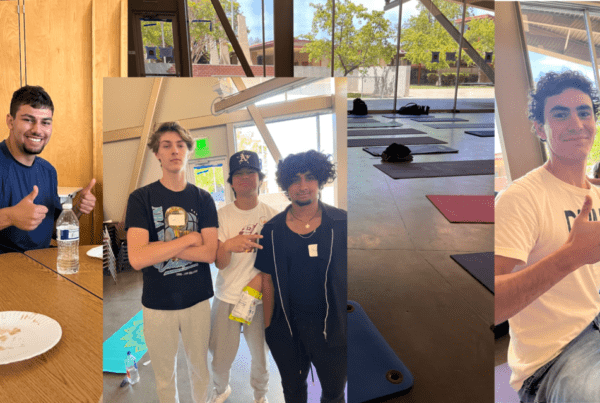