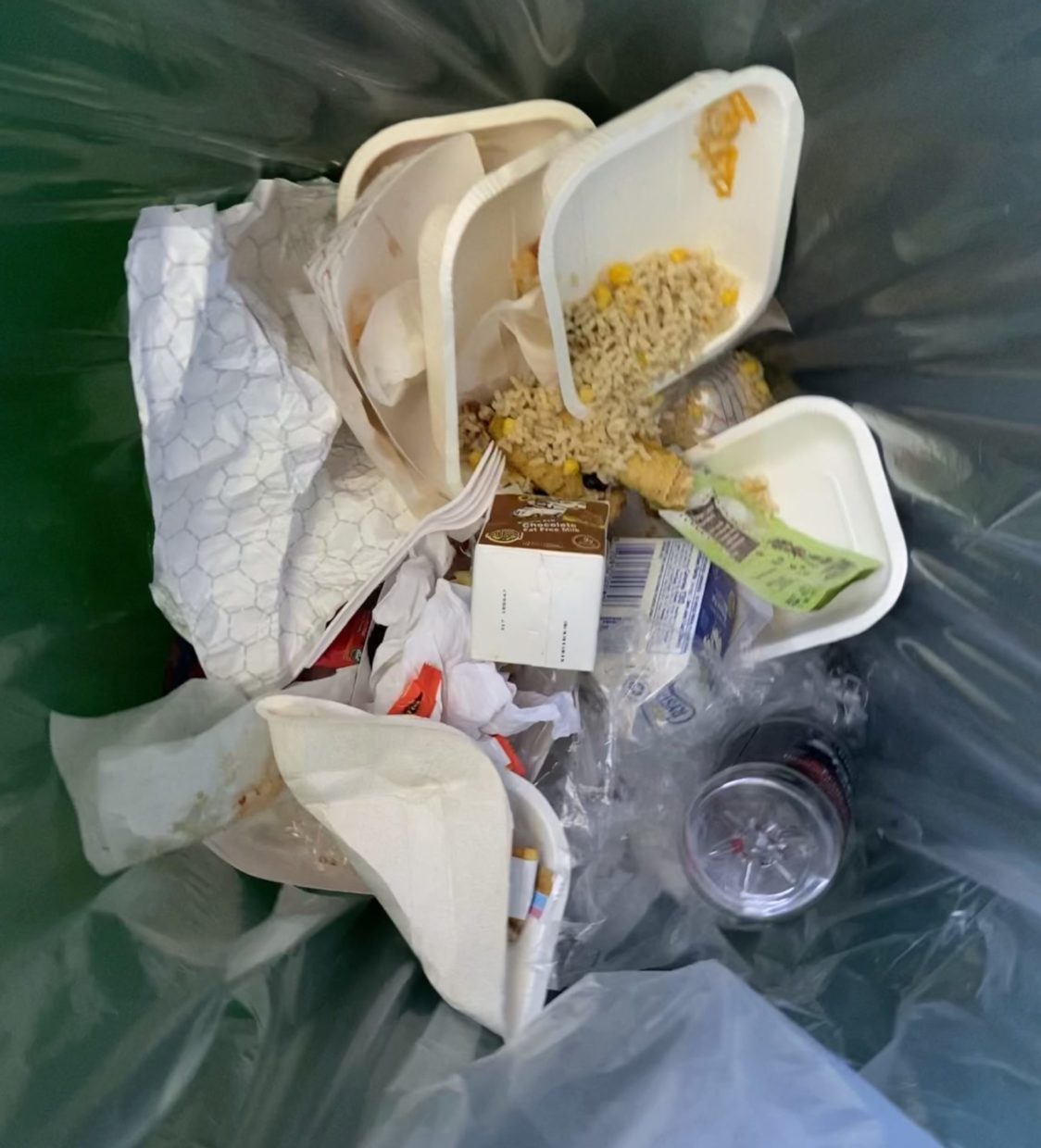 Opinion: We Should Act Now on Food Waste

M-A and all schools throughout the district should implement a food share system as soon as possible, to collect uneaten food that would otherwise end up in landfills. Students would be able to place food they don’t want to eat on a table or cart for other students to take. The school could give leftovers to students who need extra food.

According to Senate Bill 1383, by 2024, all California schools will be required to donate the maximum amount possible of leftovers from school meals that would otherwise be thrown out. M-A will have to install a system to collect and store this food in two years anyway, and implementing these changes sooner will have a greater impact.

Compostable waste that ends up in landfills creates 20% of the state’s methane emissions. According to the EPA, methane’s impact is 25 times greater than carbon dioxide’s and makes up 10% of US greenhouse gas emissions. All this waste could instead be used to help feed the one in ten Bay Area residents, including M-A students, who don’t have enough to eat.

So much food goes to waste because the USDA requires schools to provide students with certain food groups. M-A has to give students food from each group if they take anything from school meal, even if they won’t eat it and will just throw it out, leave it for custodians to clean up, or save it to expire.

The Oakland Unified School District (OUSD) has implemented a food share system at many of their schools. Nancy Deming, the Sustainability Manager at OUSD said, “When there’s a lot of food in the carts at the end of lunch, we can identify what students don’t like to eat. We’ll also serve things like fruit and milk again the next day which can save money. If we can’t serve it again, we’ll donate it. Most of the time there’s surplus from both the food share and from the kitchen, so both of those things can be donated.”

There’s already a system in place for donating food that the school doesn’t give out to students by the end of lunch, but it doesn’t collect uneaten food that has been passed out to students. Food services lead Maria Vilchez said, “Currently, extra lunches are donated to the 49ers Academy Program in room B-22. There usually isn’t much leftover, and some days there isn’t any, but we do pass along what we have left.”

49ers academy program director Armando Castillo said, “If there’s leftover food from school lunches, it gets dropped off after school in B-20, B-22, or B-23. The food is brought here for students in an after-school program, but it’s available for anyone to take after lunch or after school. When we have extra food, I encourage students to take some home for themselves and their families.”

Deming said, “At first, many were concerned about repurposing food, but it’s the same as when you go to the grocery store, and others have touched the produce before you.”

Many students don’t even put their food in the trash, so some might argue that they wouldn’t put it in the food share either. However, if the food share was placed next to the kitchens, students wouldn’t have to go out of their way to put food in the carts or on the tables.

Castillo said, “Sometimes students are still hungry after the one meal that they get here. I think it’s been at least a week since we’ve had any leftover food, so if there was an opportunity to get more food, even from brunch in addition to lunch, that would be extremely helpful.”